Michelle Mone has revealed she’s been in secret talks to join Dragons’ Den.

Michelle, 48, became one of the UK’s top businesswomen after founding underwear brand Ultimo in 1996, and is thought to be worth around £50 million. 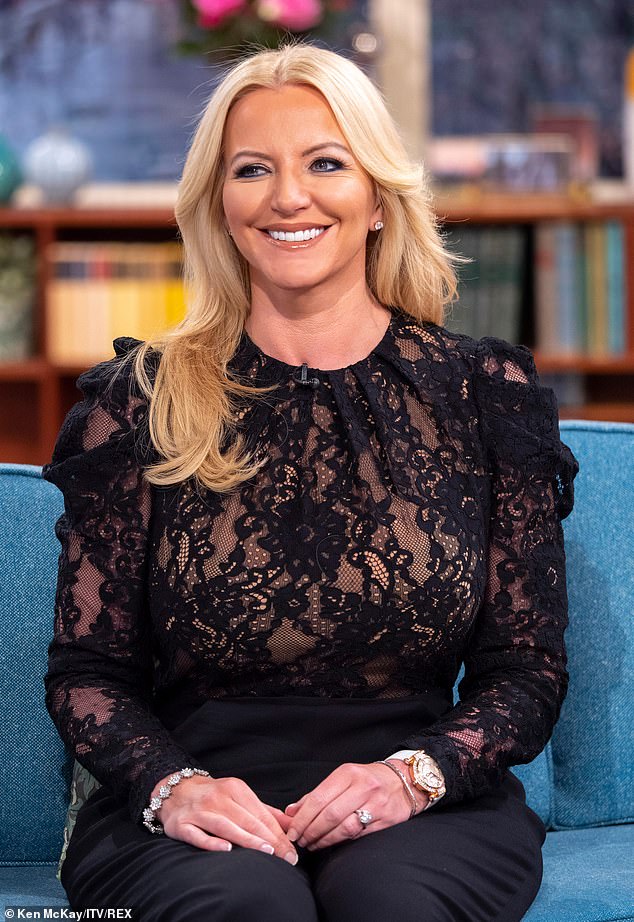 Plans: Michelle Mone, 38, has revealed she’s been in talks to join the lineup of Dragons’ Den, but turned it down despite numerous big money offers (pictured in January 2019)

Speaking to The Sun, Michelle said she had been approached to appear on Dragons’ Den several times, and had turned it down despite numerous big money offers.

She said: ‘In the past, I’ve been offered Dragons’ Den and I’ve turned it down due to business commitments.

‘But I just feel that after this whole coronavirus crisis is over, we need to be lifted up as individuals — we need to feel there is a real purpose in life and what we’re going to do with our lives. 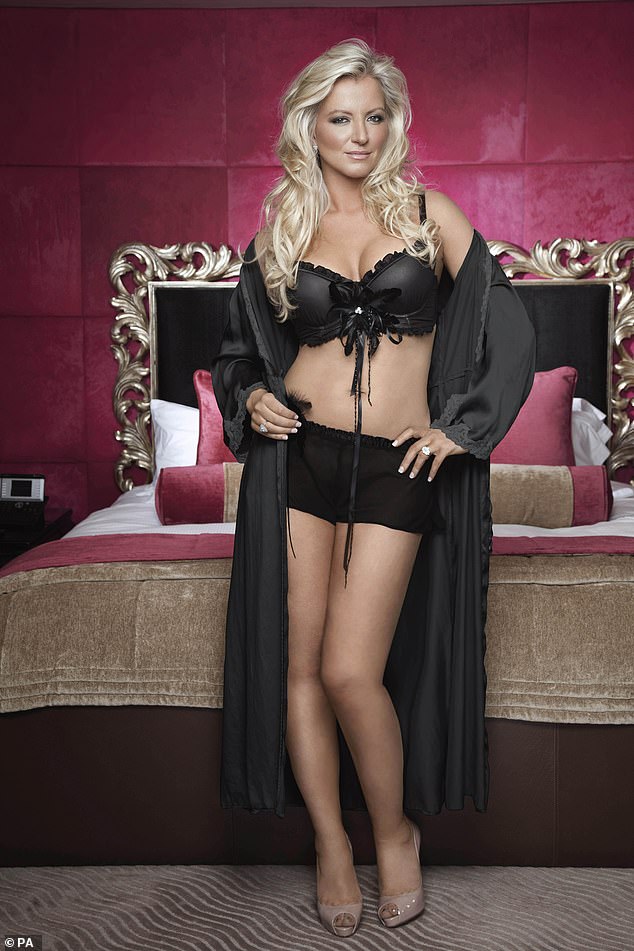 Gorgeous: The underwear tycoon (pictured in 2010) said she would open to appearing on the show to ‘inspire people,’ after making millions through lingerie brand Ultimo

Dragons’ Den sees budding entrepreneurs pitch their products to a panel of businessmen and women who are looking to invest their millions in return for a percentage of their business.

Michelle went onto speak about her aspirations to become Britain’s answer to Oprah Winfrey through some form of magazine-style TV programme.

The business mogul is currently self-isolating with her fiancé Doug Barrowman, after the couple announced they’ve postponed their summer wedding indefinitely due to the coronavirus pandemic. 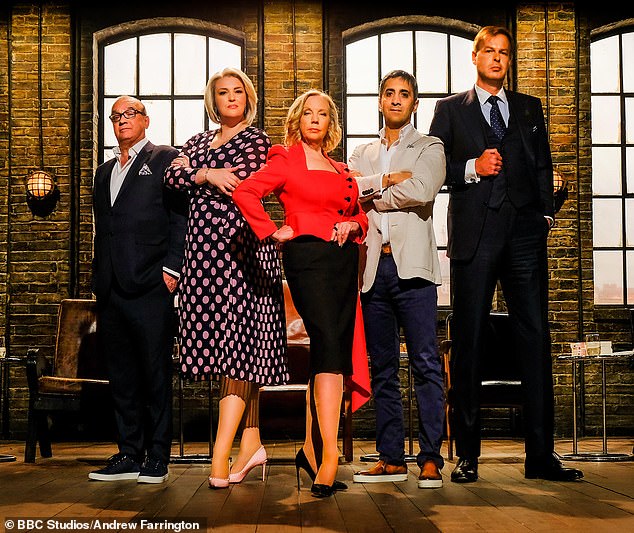 Iconic: Dragons’ Den sees budding entrepreneurs pitch their products to a panel of businessmen and women who are looking to invest their millions

In a statement Michelle said: ‘Doug and I were very much looking forward to getting married in the coming weeks but are equally aware of the need to avoid undertaking any unnecessary risks in the current circumstances.

‘We are particularly conscious of government advice in relation to both the well-being of older family members and large gatherings of people.

‘So in line with that advice for the UK and beyond we are postponing our wedding and have set a new date. It’s been two years in the planning and of course we’re disappointed but safety comes first.’

She added: ‘I feel for everyone who is in the same situation and hope that they, like us, will be looking forward to a celebration in the future.’

Michelle announced her engagement in December 2018 after Doug romantically proposed with a stunning eight carat diamond ring at their London home. 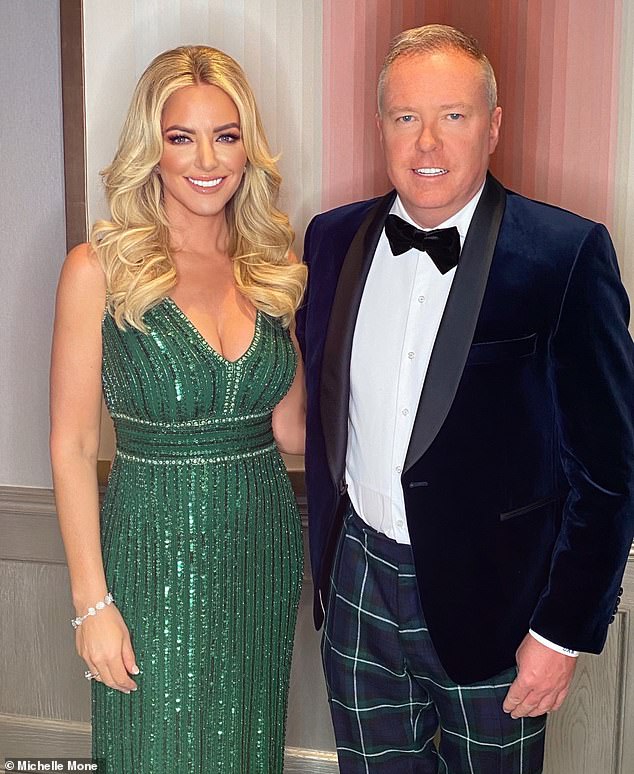 Sad news: It comes after Michelle announced she had postponed her wedding to billionaire Doug Barrowman due to the coronavirus pandemic 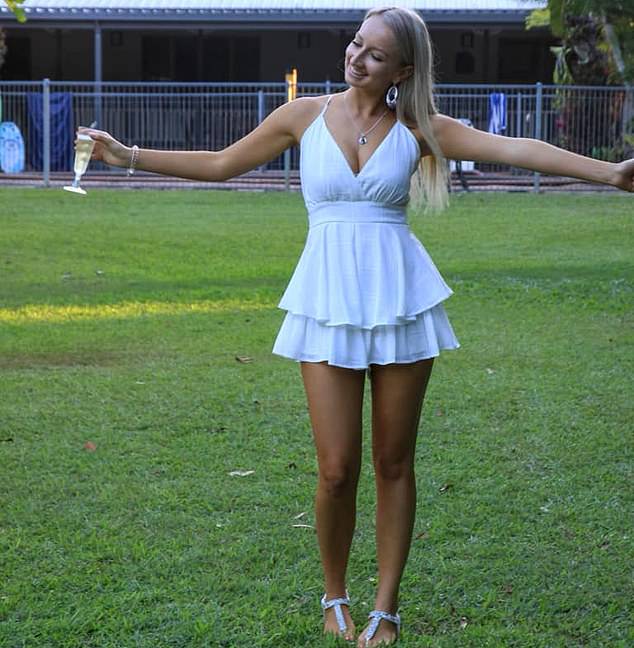