A tiger at the Bronx Zoo in has tested positive for  after apparent exposure to an infected worker.

The four-year-old female Malayan tiger named Nadia was tested out of an abundance of caution after developing a dry cough and a decrease in appetite, the zoo’s parent company, the Wildlife Conservation Society (WCS), said in a statement Sunday.

The positive results were confirmed by the USDA’s National Veterinary Services Laboratory in Iowa.

All of the cats are expected to recover. 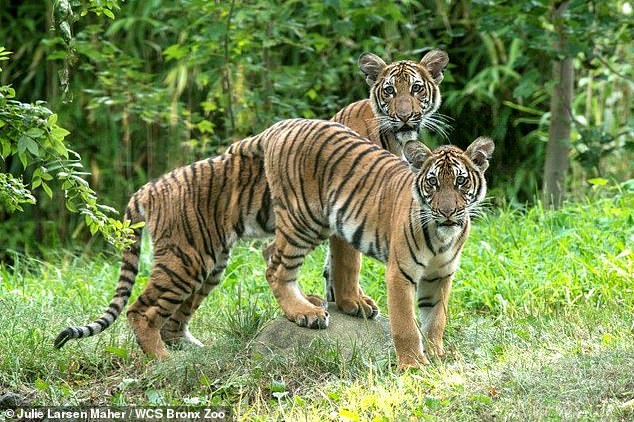 A tiger at the Bronx Zoo in New York City has reportedly tested positive for COVID-19, the Wildlife Conservation Society said in a statement Sunday. The four-year-old female Malayan tiger named Nadia (seen front with her sister Azul) was tested out of an abundance of caution after developing a dry cough and a decrease in appetite

WCS said that the cats were infected by a person caring for them who had COVID-19 but was asymptomatic or had not yet developed symptoms.

‘Appropriate preventive measures are now in place for all staff who are caring for them, and the other cats in our four WCS zoos, to prevent further exposure of any other of our zoo cats,’ the statement said.

There is no evidence to suggest that animals can pass the virus on to people.

The Bronx Zoo has been temporarily closed since March 16.

New York City has been hit harder by COVID-19 than any other part of the country, with more than 67,500 cases and 2,624 deaths as of Sunday evening. 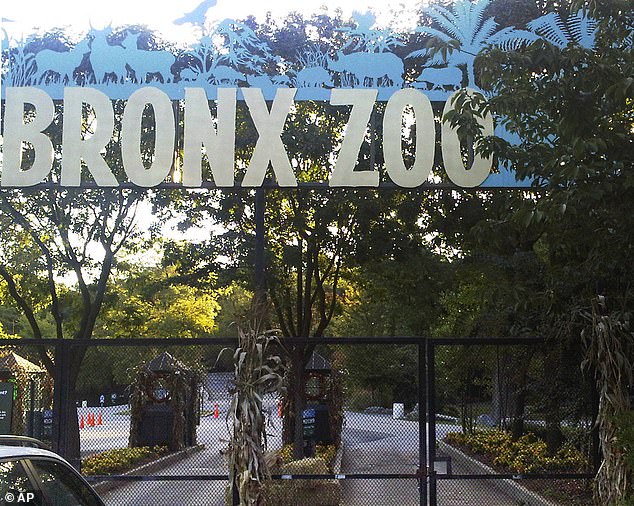 The Bronx Zoo (pictured) has been temporarily closed since March 16