The CDC has asks Americans to start wearing face masks when they go out in public and has even shown how to make one out of an old T-shirt.

This weekend, Tale Of Tails actress Blanca Blanco showed fans how to do it with some chic fabric she already had at home.

The Tale Of tails star used $5 worth of leopard print material as well as two black hair ties, and took only 15 minutes to make a very stylish mask from the comfort of her own kitchenette. 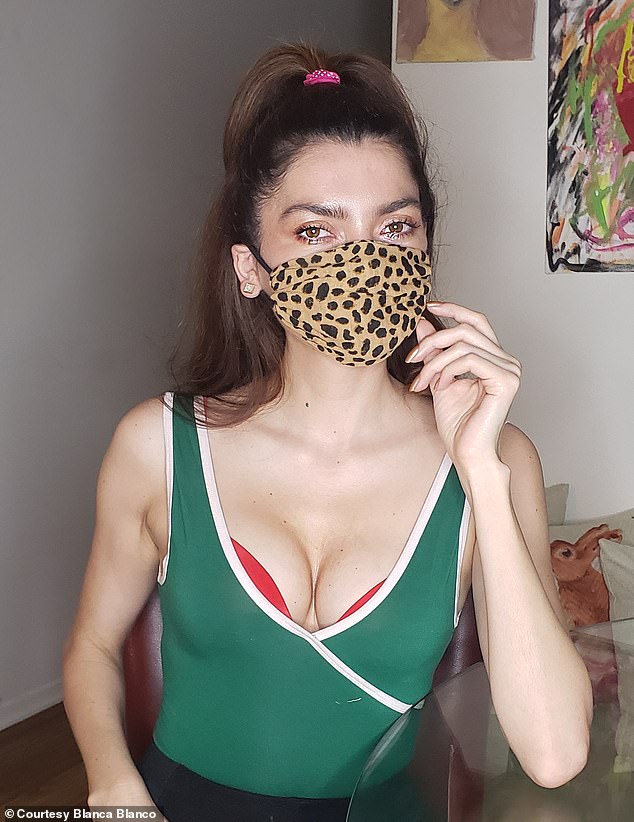 The look: This weekend, Tale Of Tails actress Blanca Blanco showed fans how to make a face mask with some chic fabric

Easy! The Tale Of tails star used $5 worth of leopard print material and took only 15 minutes to make a very stylist mask from home

She wore a green top with dark slacks as she sat at a table in her Los Angeles home.

Blanca said she used some old fabric laying around the house that she had paid only $5 for last year when she was going to sew a scarf.

The star cut a shape that fit her face then added two black hair ties on each end.

Then she sewed the fabric over each hair tie, making sure several times it was the right fit to her face.

Blanca told DailyMail.com it took only 15 minutes to make.

Her new show is Amazon Prime’s Tale Of Tails.

Small piece: Blanca said she used some old fabric laying around the house that she had paid only $5 for last year when she was going to sew a scarf.

HOW TO MAKE YOUR OWN FACE MASK

Needle and thread (or bobby pin)

1. Cut out two 10-by-6-inch rectangles of cotton fabric. Use tightly woven cotton, such as quilting fabric or cotton sheets. T-shirt fabric will work in a pinch. Stack the two rectangles; you will sew the mask as if it was a single piece of fabric.

2. Fold over the long sides ¼ inch and hem. Then fold the double layer of fabric over ½ inch along the short sides and stitch down.

3. Run a 6-inch length of 1/8-inch wide elastic through the wider hem on each side of the mask. These will be the ear loops. Use a large needle or a bobby pin to thread it through. Tie the ends tight.

Don’t have elastic? Use hair ties or elastic head bands. If you only have string, you can make the ties longer and tie the mask behind your head.

4. Gently pull on the elastic so that the knots are tucked inside the hem. Gather the sides of the mask on the elastic and adjust so the mask fits your face. Then securely stitch the elastic in place to keep it from slipping.

It has also been recommended to add in a coffee filter inside the material.

According to IMDB, ‘Tails is not a white-collar gentlemen’s club. It’s a borderline-legal bar with topless dancers and a back room where anything goes for the right price.

‘Nick, the owner, keeps Tails afloat by taking advantage of the desperate women who dance for money and the desperate men who pay for female attention.

‘When a dead body shows up in the bathroom, Nick’s control begins to unravel. Hunted by an ambitious, relentless cop, Nick’s enemies begin to surround him. He must decide how many friends to sacrifice in order to save himself.

In March she was seen stocking on toilet paper in Los Angeles.

The Mission: Possible star did her best to protect herself with a mask, though she seemed to slip it off for a while.

California Governor Gavin Newsom has ordered that residents stay at home in an effort to curb the spreading coronavirus.

This is a ‘statewide order’ for 40M residents.

The order took effect in March.

It prohibits gatherings outside and requires nonessential businesses.

‘We need to bend the curve in the state of California,’ Newsom said during a news conference in March. ‘There’s a social contract here. People, I think, recognize the need to do more. They will adjust and adapt as they have.’

Blanca had on a printed shirt in orange and red with skintight jeans and flat shoes in green and white.

The star kept her sunglasses on the whole time.

This comes after she wowed during Paris Fashion Week where she walked the runway for Christophe Guillarme show.

Her supply: The star cut a shape that fit her face then added two black hair ties on each end 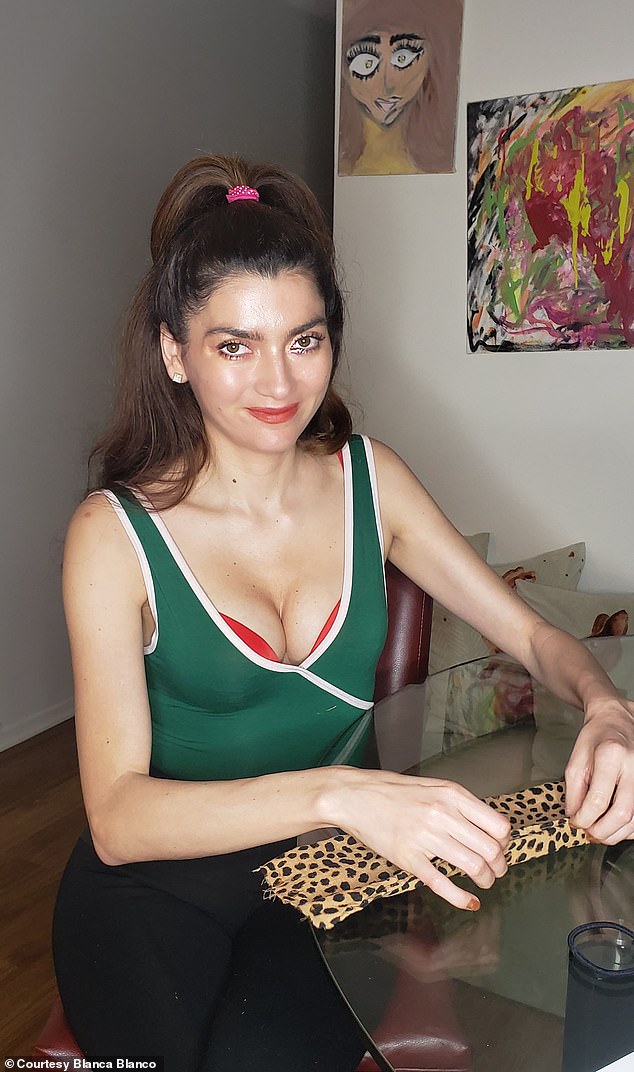 Not much to do: She laid over the fabric so there would be no rough edges 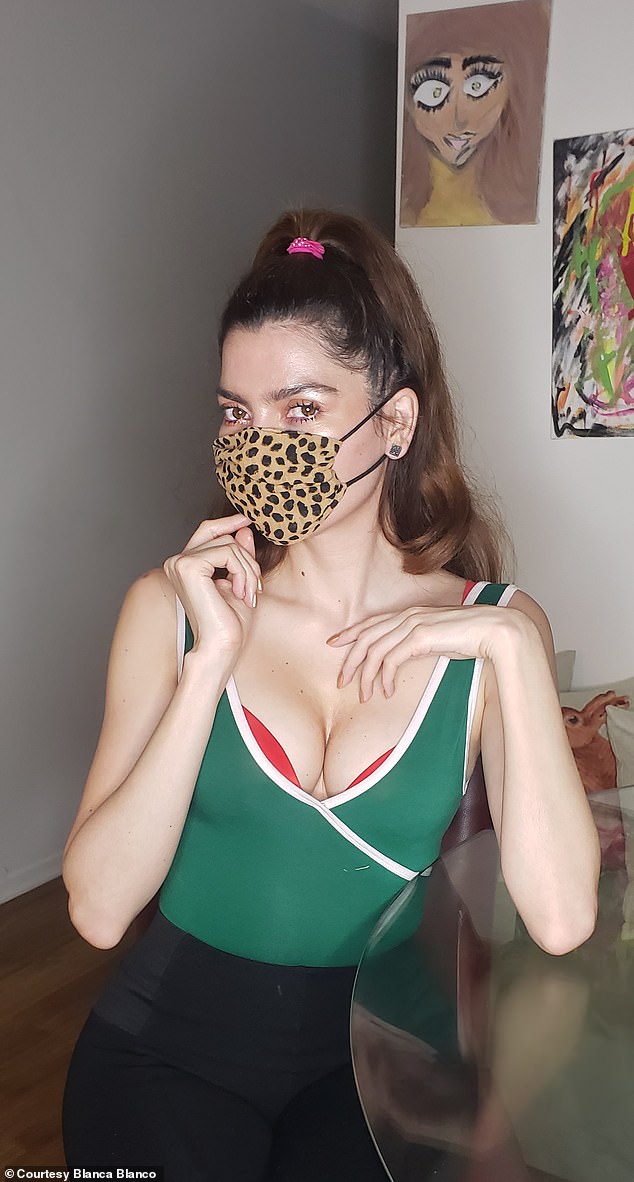 Done: She looked ready for the outdoors as she wore her mask with a green top 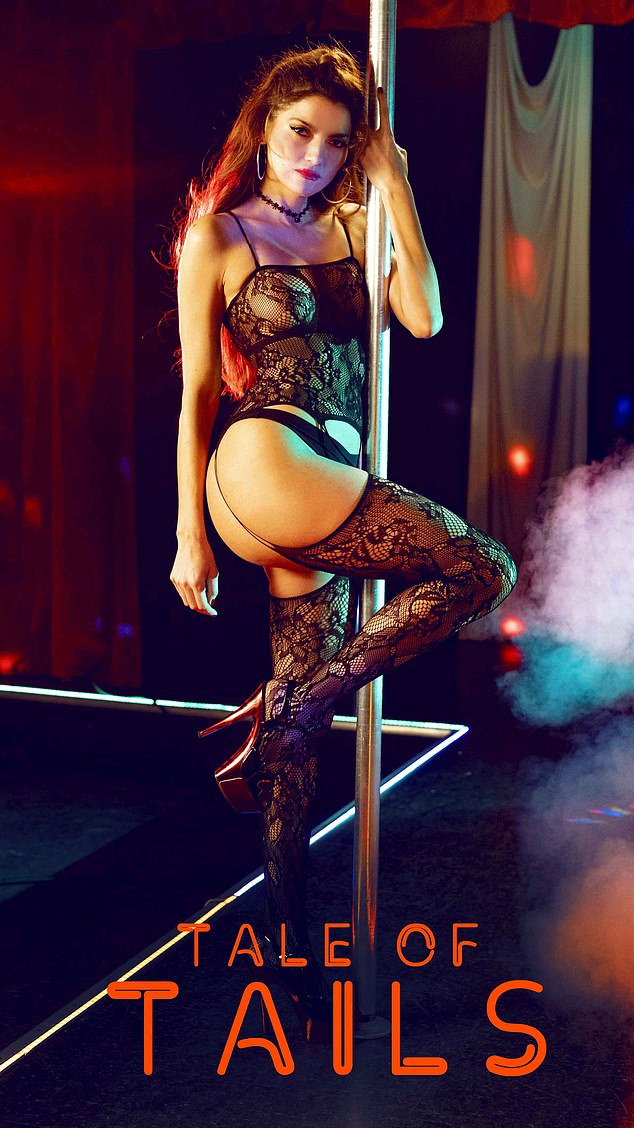 New show: According to IMDB, ‘Tails is not a white-collar gentlemen’s club. It’s a borderline-legal bar with topless dancers and a back room where anything goes for the right price’

But this year was very different, the The Downside of Bliss actress told DailyMail.com exclusively, because the  had spread in France.

In late February she said, ‘There are not as many people on the street, which is highly unusual because usually Paris is packed all year long with tourists all bumping into each other and staring at the landmarks.

‘It is a bit lonely here now.’

The siren, who also models, said that she was shocked to see no one when she posed on the street.

‘I took some photos on the street for fun and I wanted to show off my new outfit,’ she said. 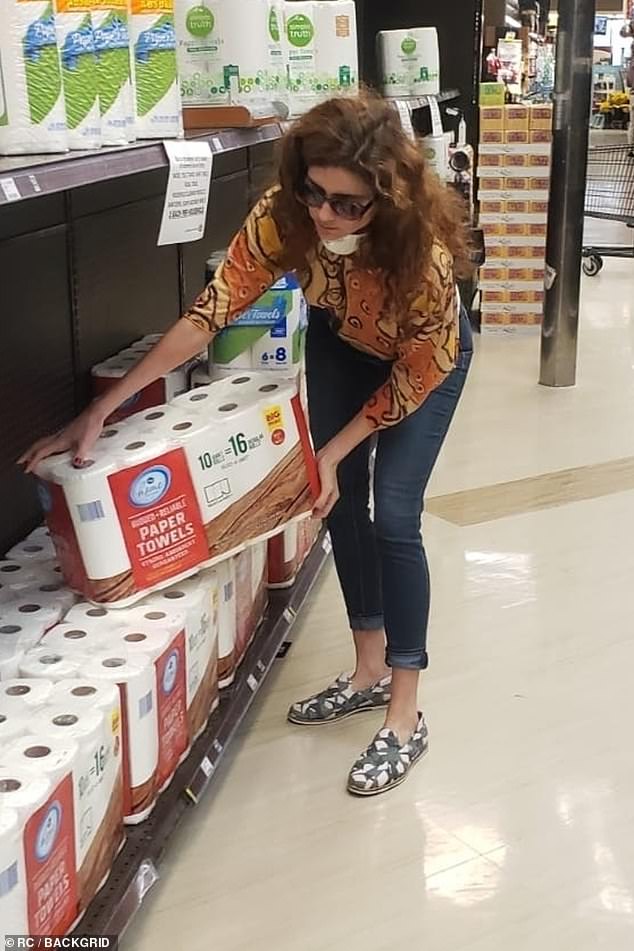 Getting ready for isolation: Blanca Blanco was seen stocking on toilet paper in Los Angeles in mid March

‘But then I realized that there was no one behind me, there was just nothing. It’s eerie, like that scene in Vanilla Sky where Tom Cruise walks around Times Square in New York City and there is no one, it’s freaky.’

‘I took some photos near a fountain too for Instagram and I didn’t see anyone.’

And when she does see someone, they very often have a face mask on.

‘They are covered and I understand why, it’s very scary to think that the person next to you can kill you with one sneeze.

Blanca has also said that nightlife is dead in Paris this week. ‘I went to dinner last night and the place was half empty,’ she said.

‘It was a weird feeling, just not too many people and very quiet, like if you don’t talk you won’t get the Coronavirus! The vibe is very different here than last year.’

She was also told by her hotel to be careful. 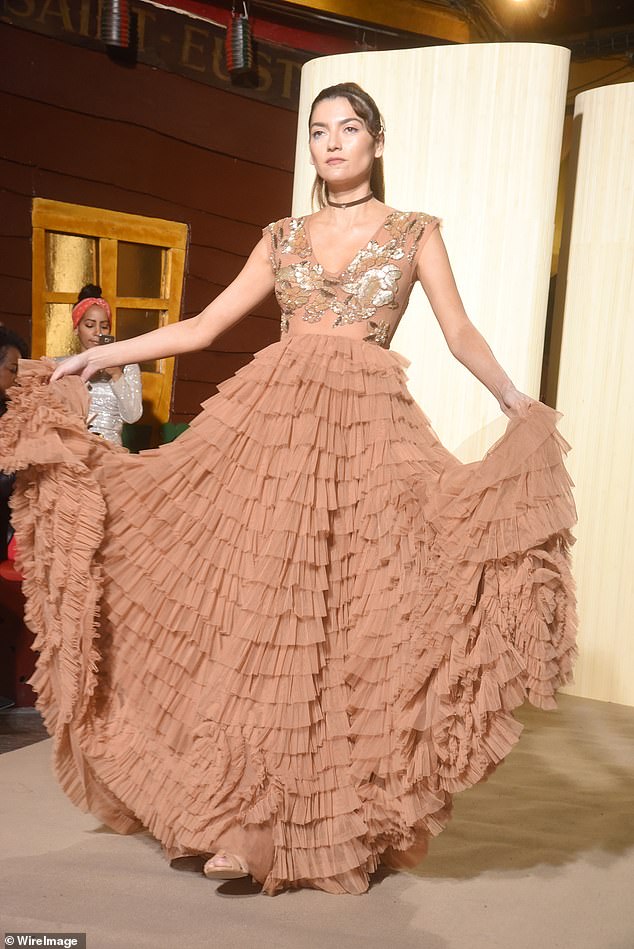 Haute stuff: This comes after she wowed during Paris Fashion Week where she walked the runway for Christophe Guillarme show 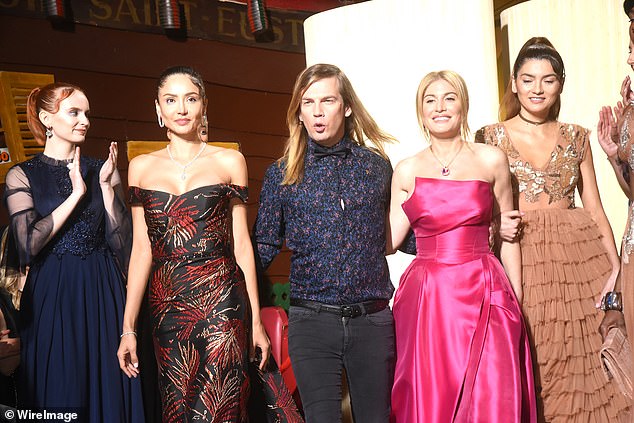 ‘When I checked in they told me to let them know if I develop any symptoms and they also told me to wash my hands often, which is highly unusual. In Paris, people usually don’t talk that way,’ she added.

Blanca shared with DailyMail.com that her hotel in Paris was posting warnings about the Coronavirus.

She is best known for her movie Mission: Possible; her next is Spychosis with Jamie Lee Curtis.

Her boyfriend is John Savage, who is best known for the film The Deer Hunter. His last movie, Last Full Measure, was a box office hit.