TV’s Steph and Dom Parker, 52 and 54, draw on their 21 years of marriage to solve your relationship problems . . .

Two weeks ago he moved into my flat after he developed a slight cough. We thought it best to self-isolate together, and picked my place, because it’s slightly bigger (I have a small garden).

He was completely fine after a few days, thank goodness, and I never felt ill at all. But living together was awful — he drove me completely mad.

So after the government announced the lockdown, I asked him to move out. 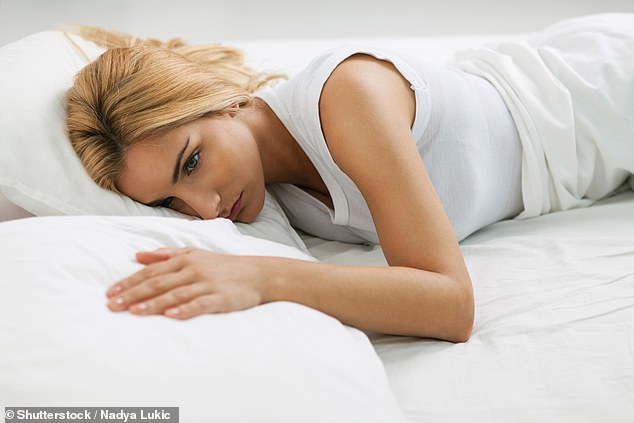 An anonymous woman from the UK, asked TV’s Steph and Dom Parker for advice on feeling lonely during lockdown (file image)

He has a pokey one-bedroom flat with no outdoor space and has no provisions. My friends are saying I’m awful for chucking him out and that I should have let him stay.

I’m now by myself and feel vulnerable. Should I tell him I’m sorry and want us to get back together in the future?

STEPH SAYS: The advice I’m about to give is not the advice I think I would normally give you. But, right now there is no normal. Or rather, we find ourselves living in a very new normal.

Six weeks ago, I would have said if your man was driving you so bananas so early in your relationship he would always do so, and to bail quickly (but kindly!) — and move on. However, the goalposts have shifted.

As a result I think any serious decision, especially those of the heart, should be taken very slowly. In fact in every area of our lives, I think we all need to stop the train for a moment and do some thinking, especially when it comes to how we treat each other.

If he was driving you crazy, your decision was completely understandable. What worries me is you may have killed off a relationship that may have become amazing if you had not moved in together way too early.

You leap-frogged several relationship phases by self-isolating together (a misnomer, I know!), and I think you may have had a knee-jerk reaction to the lockdown announcement — your way to gain control in your life at a time when all seemed to be out of control.

If so, forgive yourself. We are all feeling frightened and trying our best. It’s also understandable to have asked him to move out to reclaim your own safe space.

This is a time when we are all making some wobbly decisions and I believe we all get a pass if they turn out to be wrong. So we need to work out if that is the case here. Maybe you don’t have to ditch him completely just yet. I would make a list of the ten things you found intolerable when he was living with you.

This has all been too fast. Call him!

Go through it and if there are eight things you could compromise on, attempt to change or tolerate, and just two absolute deal-breakers, then you might be fine. All of us can change for the person we love.

Then, pick up the phone and call him. This is not a time for email or WhatsApp! Talking is always good — as is honesty. Be calm, be kind and reverse the psychology: ask him to say what drove him mad about living with you. Be ready to hear your faults. It will be difficult, but try not to react — none of us is perfect.

Now the focus is on both of you, you can talk about your two ‘deal-breakers’ — he should be so much more receptive once you have shared your frustrations.

Then, if you feel you still want a relationship with him, keep talking on the phone in the coming weeks. None of us knows what the future holds, but I strongly believe that this is an opportunity for us all to try to be kinder to each other, more tolerant and forgiving.

This guy may not be the love of your life, but you will never know unless you try and if he isn’t, he may still turn out to be a lifelong friend. Whatever the outcome, it is important to have learned to show a little more kindness and understanding. Not just to him but to yourself, too. 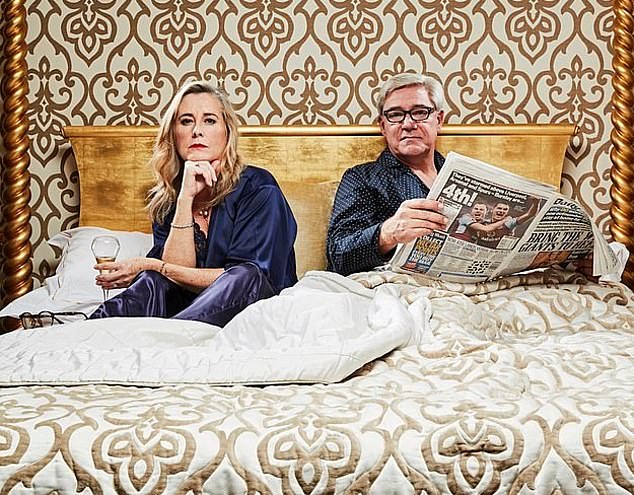 Dom told the reader that she was right to ask her boyfriend to leave, but the virus has taught us that life is terrifyingly short. Pictured: Steph and Dom

DOM SAYS: Gosh. What a letter to receive! We really are living in strange times, aren’t we? First off, I’d like to say that in your shoes, I’d probably have done the same.

I appreciate how exciting the early days can be and good for you for being brave and leaping in. You took a hell of a risk, I’m just sad it doesn’t seem like it’s one that worked out.

We are all living through a very difficult time at the moment and trying to adjust. I understand he annoyed you when he was in your space. Working from home is hard. Many of us worry about jobs and maintaining the status quo. It’s important to still get up when the alarm goes off and get washed and dressed. If he was lolling about your place in his pyjamas, that wasn’t going to help anyone!

You have rattled through your relationship at breakneck speed and it seems you reached the driving each other bonkers phase far more quickly than one usually would. It comes to us all, of course, but usually it takes years! There’s normally a lot of love to rest on by then, and I have to say if things are not working at this stage, then it’s unlikely they will improve.

You were right to have told him to go

I feel you were right to have told him to go, and it may well be curtains for the relationship, too. The problem is that, under stress or not, he should have been on his best behaviour. You say he had mild symptoms, so I understand that he was ill and probably worried, but you are — or were — his shiny, new girlfriend, after all. He should have been trying to impress you, not depress you with his grubby habits and laziness.

Assuming that where he is, he is safe and alone and not jeopardising his health or anyone else’s, then leave him there for now. If you decide you want him to move back in, you must check the latest government advice before doing so — as I’m sure you know, once he’s no longer in your household you can’t see him any more.

If there’s one thing this virus has taught us, it’s that life is terrifyingly short. Think about it first, of course, but if this is the honeymoon period, are you sure you want the wedding?

If you have a question you’d like Steph and Dom to tackle, write to: stephanddom@dailymail.co.uk

What ISN'T 'too sexy for Tumblr'? New algorithms flag everything from 'puking unicorn' to Joe Biden
Britain’s most wanted man is dragged into Romanian court over fatal stabbing of 21-year-old man
DAN HODGES: How THAT photo exposed a rift between Team Boris and Team Carrie
Katy Perry scales a cliff and bravely jumps into the sea
Luton Airport terminal causing long delays after torrential downpours
Thieves, fraudsters, robbers and violent criminals are being spared prison sentences
Golden Globes 2020: Ricky Gervais shocks with opening words
Prince Harry and Meghan fans criticise team behind documentary as 'not diverse'