Officers have been patrolling the country looking to break up picnics and parties with threats of arrest or fines of up to £60 for those are breaching social distancing guidelines.

But rather than using their draconian powers to drag suspected lockdown louts to the cells, many forces have instead preferred to shame the culprits online in the hope of preventing further breaches. 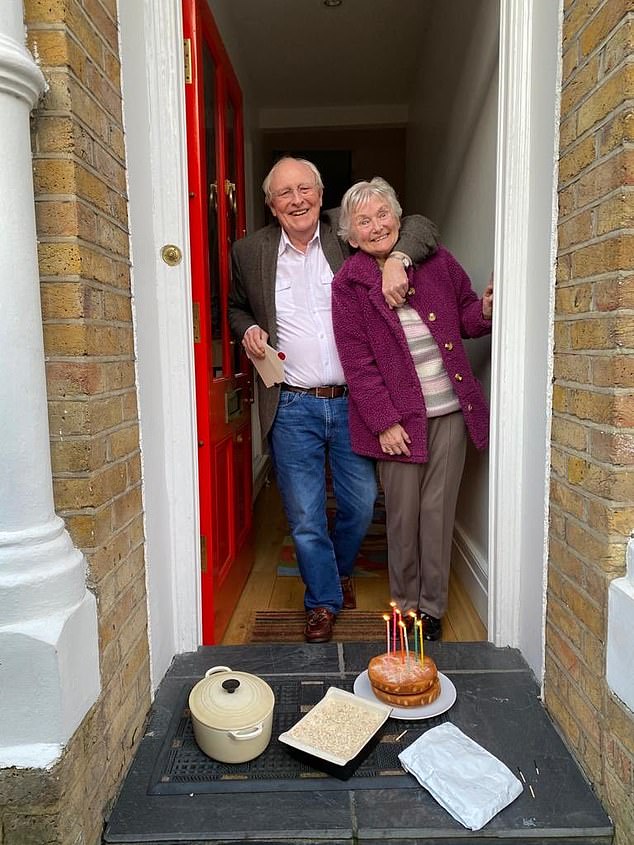 Former Labour Leader Neil Kinnock and his wife, receiving food and a cake at a distance

When former Labour leader Neil Kinnock turned 78 on Saturday, his son Stephen, Labour MP for Aberavon, Wales, took to social media to share a heart-warming snap of their birthday meeting – sitting around six feet from his parents.

But his Twitter post was picked up by South Wales Police – who said the meeting was in breach of government guidelines.

A spokesman said: ‘We know celebrating your dad’s birthday is a lovely thing to do, however this is not essential travel.’

Mr Kinnock responded by claiming the travel was in fact essential as he was delivering ‘necessary supplies’ to his father and mother, former MEP Baroness Kinnock. 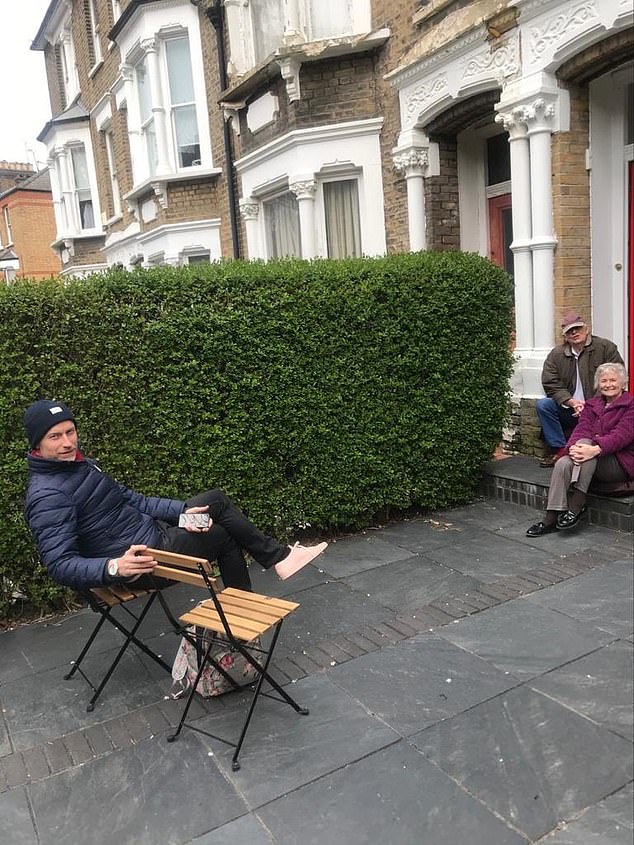 Neil’s son, Steven keeping a safe distance as he delivered supplies and wished his father Happy Birthday. After posting this image on social media he was contacted by police 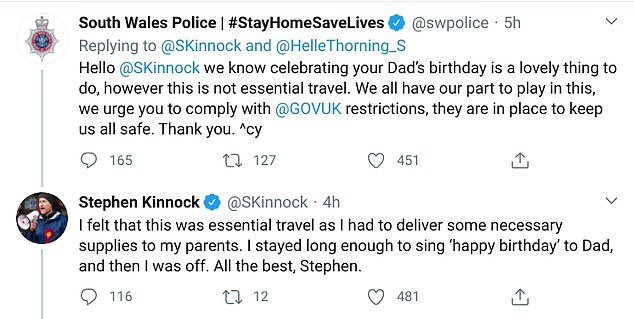 Despite warnings, many Britons continued to flout guidelines yesterday and were criticised by police.

In Derby, police gatecrashed a party and found 25 adults and children enjoying a large buffet and singing karaoke.

Officers said that guests had been dispersed. North West Motorway Police said a driver had been caught making a 224- mile round trip from Coventry to Salford, Greater Manchester, to buy £15 windows on eBay – with his wife in the boot on the return leg. 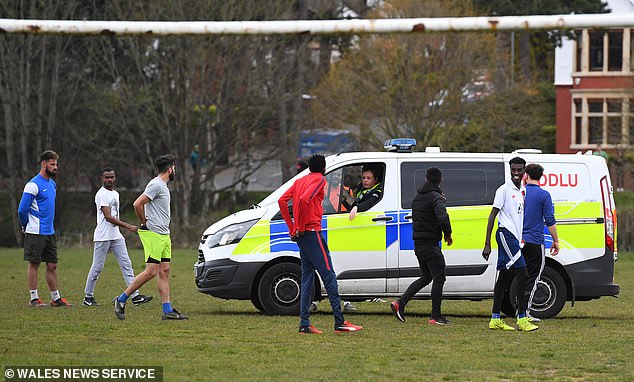 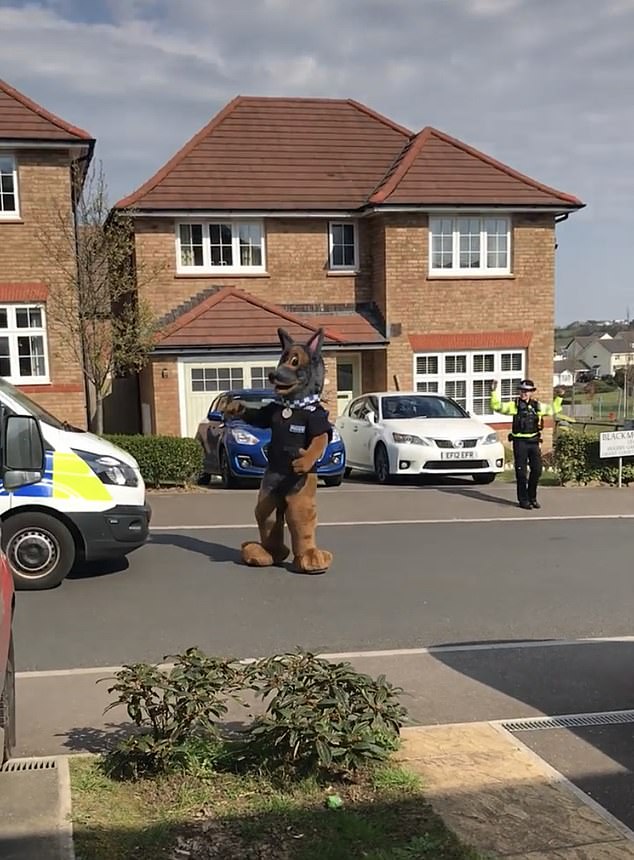 And a tourist was stopped in Devon after driving his motor home from Birmingham.

An officer said: ‘Birmingham to North Devon is not in the spirit of fighting the virus.’

Thugs also took up valuable police time by purposely coughing on officers and emergency workers while claiming to have contracted the virus.

On Saturday Paul Leivers, 48, from Mansfield, Nottinghamshire, was jailed for 12 months after spitting at police custody officers after saying he was infected.

Met chief admits thieves on mopeds suffered broken bones when rammed by police
Cult £20 3-in-1 skincare product Collossol Eau De Lait is coming to the UK next week
Tina Malone avoids jail for sharing 'image of James Bulger killer Jon Venables'
NHS hands out £1million payments to patients it has harmed almost every day
US said in late stages of YouTube kids' video...
Police investigating death of Indiana tot who fell from cruise ship have not ruled out murder
Boris Johnson rules out striking an electoral pact with Nigel Farage
Grace Millane suspect tells police he left her after date, but he actually took her to his hotel