‘Immunity certificates’ are set to be introduced in as part of preparations for the country to cease its lockdown.

Researchers want to bring in the documents for citizens not at risk of contracting the novel .

It comes as Chancellor ‘s handling of the Covid-19 pandemic has secured a boost in poll ratings. 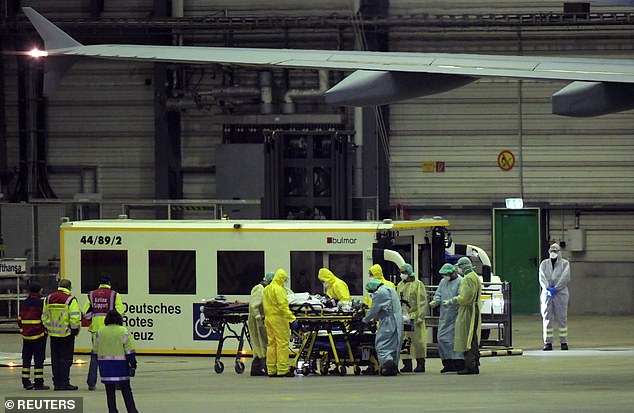 Pictured: Medics treat a patient at Helmut-Schmidt-Airport in Hamburg as researchers prepare to issue immunity certificates

As part of Germany’s fight against the virus, scientists are using antibodies in test participants to find out which of them have had the illness and healed, Der Spiegel reports.

The team plans to test 100,000 people at a time, issuing documentation to those who have built up an immunity.

They will then use the information gleaned from the testing to assess how and when the lockdown should conclude.

Researchers will utilise the data as they advise the government on when schools will be re-opened and mass gatherings permitted once again. 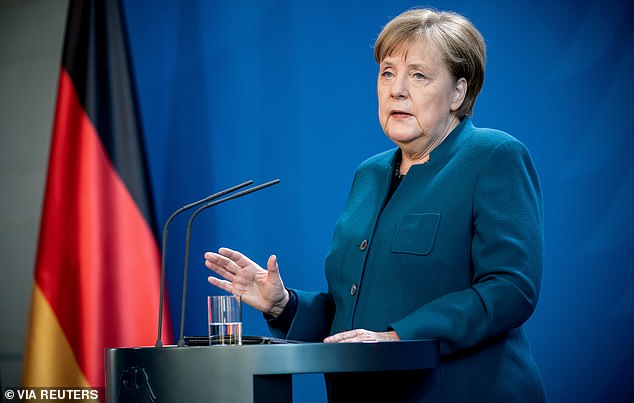 The Helmholtz Centre for Infection Research in Braunschweig is overseeing the project.

It will conduct blood tests over the next few weeks to look for antibodies produced in carriers of the illness.

‘Those who are immune can then be given a vaccination certificate that would, for example, allow them to be exempt from any (lockdown-related) restrictions on their work,’ said project-leading epidemiologist Gerard Krause.

The tests will also offer a clearer look at how many people in Germany have contracted the coronavirus.

Sir Philip Green works up a sweat as he plays tennis in the sweltering heat
Boy, five, and his father drowned at a popular tourist attraction
Google is hit by 'worst ever' internet hijack
FBI reportedly investigated whether Trump was a secret agent for Russia
Pop artist, 45, re-imagines Meghan Markle as 'The Royal Feminist' in Simpsons' style art series
Twitter user says he and his wife don't have own side of the bed
NYPD arrest black man who was 'committing hate crimes against white people'
Binge drinking helps men woo women, scientists claim