The small but persistent cough I had after flying from Miami via Montreal back to wasn’t anything serious: just a typical post-flight, low level bug. Wasn’t it?

This was at the time when the official health advice was if you have a cough AND a temperature, then you COULD have the Covid-19 virus.

But I know believe that what started as mild symptoms quickly developed into crippling symptoms.

I’m not a good patient. You’ve probably met the type. He’s usually a man, could be your dad. He refuses to go to the doctor for anything and is ‘never ill’. That’s me. And at 53 I’m not in the age danger zone anyway.

A cough on its own didn’t make me sick, did it? 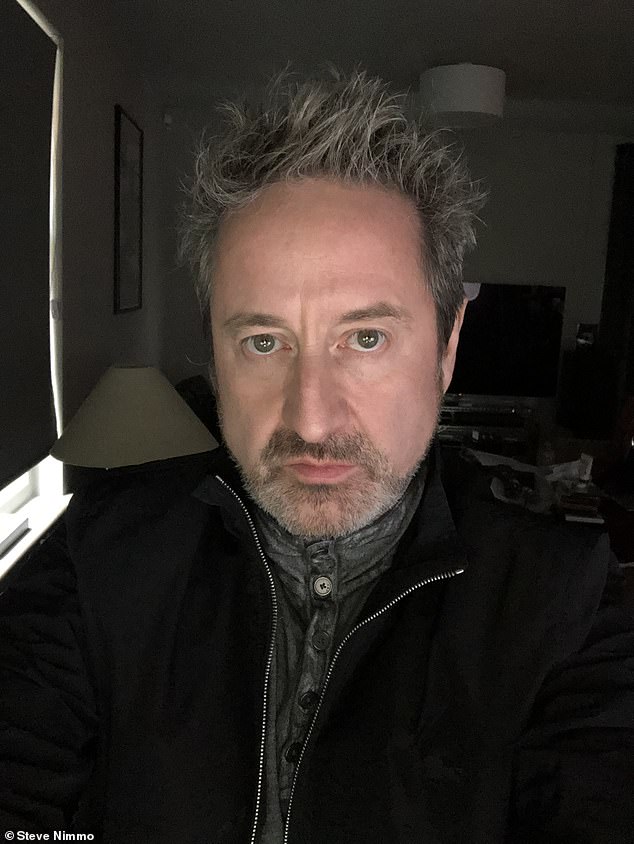 No one wants to be sick but you really don’t want to be a ‘super spreader’ either – like that guy who earned that embarrassing title after skiing in the Alps then infecting a ton of people at the beginning if this pandemic.

So I bought a digital thermometer to monitor my temperature and I decided to be polite and cough AWAY from loved ones and colleagues.

Then came the Saturday night fever. It wasn’t a joke. It started in the evening and by 8pm I was feeling, well, flu-ey.

Monday morning I called my doctor’s office. My chest was congested and my temperature had topped out at 37.2 (98.6). Not in the 38 (100.4) degrees danger zone according to the NHS – but worth a mention.

The doctor prescribed me penicillin and a new inhaler (I’d had one years before for asthma) after questions over the phone: ‘What colour is the stuff your coughing up? Really? Ok you should isolate for 14 days.’

And so it began.

My only experience of regular flu was one episode in my early 20s and it floored me. This was tame by comparison. I was still down-playing the symptoms in my head. ‘No way could this be THE virus, could it?’ – but nevertheless, I dutifully isolated.

At this point my thought process was that I just needed to get through this 14-day period then I can get out and take advantage of the quiet streets. I’ll get a table at that Michelin-starred restaurant that’s impossible to get into (I’ve had my eye on Core by Clare Smyth). This was before all restaurants closed.

But then I lost my sense of smell and taste. I mean I could not smell a thing for two days. Period. So that scuppered my plans for high-end dining. Yes, I really was thinking like this at that point. 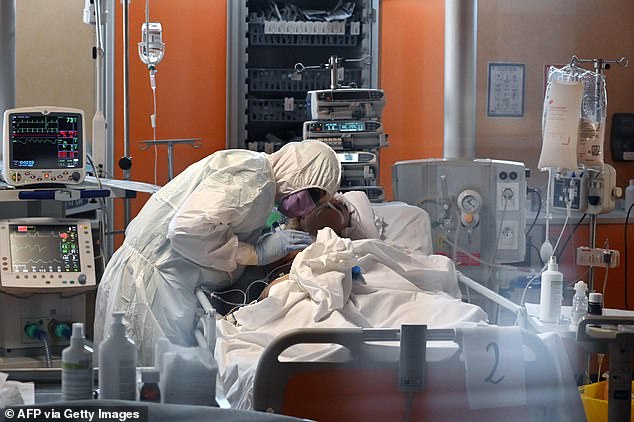 The doc told me to call back if things got worse. I called her on Wednesday. The receptionist said I should call NHS111 and ask for a swab test. But they said they’d stopped doing that. OK, so I’ll keep taking the penicillin and painkillers then.

A daily pattern emerged: Morning, not bad, thinking I’ve beaten this damn bug. Afternoon, my airways became constricted. Evening brought the terror: Shivering with cold – real body shuddering so that I had to take extra care walking down my stairs so as not to fall over. In addition, coughing fits that would not stop and panting for air.

So now my ‘Am I REALLY sick?’ checklist was: A 99.8 degree temperature high; fever chills and sweats; pains in hands, shinbones, teeth, feet; terrible coughing; lost sense of smell; restricted breathing and a new one: numbness.

On Thursday evening all my fingers lost feeling and developed icy pins and needles. Now I was firmly in the ‘I am so sick please help me!’ camp. 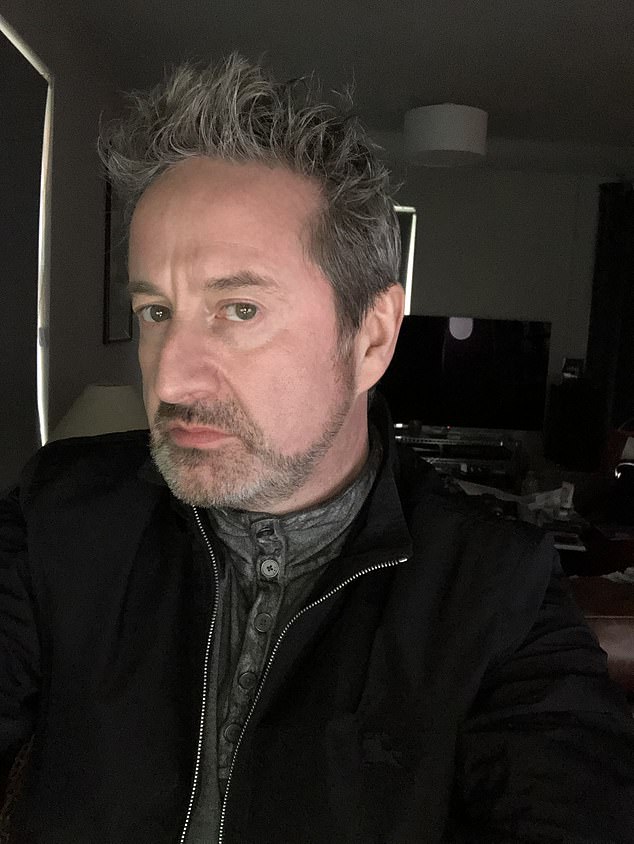 I took a hot shower – it’s the only thing I could think of to get feeling back in my fingers. I worried they were going to die on my hands, go purple and have to be amputated.

Twenty minutes of making fists with both hands as I shuddered under a hot shower and I started to get feeling back. But now my toes were tingling and going numb. I swore out loud. Not for the first time.

I got to bed, took paracetamol with codeine and started to get hot. This was good. I’d burn up and sweat it out while lying very still so as not to exert energy because I could’t get enough air into my lungs to breathe.

By morning I needed a change of t-shirt (it was three a night now) and I was enjoying daily, clean bedsheets. But I was in danger of running out of laundry pods. 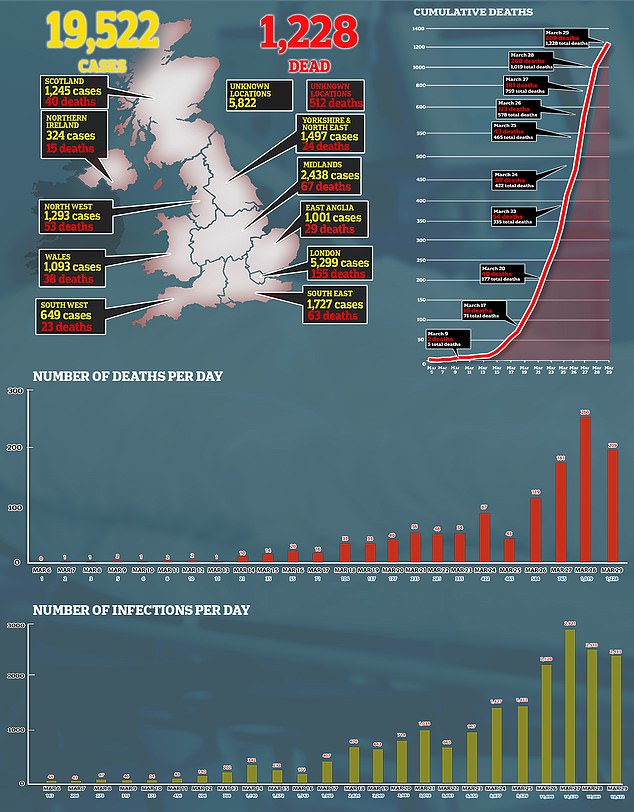 Morning came and with it, respite. A lower temperature, less coughing and reasonable breathing. But this was only a temporary retreat from the virus before the Friday night assault that was a real horror show.

At precisely 4:30pm while Skyping my brother in Barcelona, I observed that my breathing is beginning to get difficult.

Between 6:30 and 9:30 I was shivering in bed before getting hot again. I couldn’t sleep. Now I was getting delirious because I was starting to consider that if my breathing gets any worse, I’ll may die here.

My mind raced. I could get in my car , drive to St Mary’s A&E in Paddington – my nearest hospital in north London – and collapse at their door. Or maybe it would be better to call an ambulance. I imagined putting a general call for help out on Facebook with my address. But I hate attention seekers on social media so I resolved to either drive to the hospital or die in bed with dignity. Then my thoughts really got weird.

Somehow I fell asleep and survived the night. I was genuinely surprised when I woke up alive, soaking wet and breathing reasonably.

When I rehydrated, I called NHS111 and this time I was speaking to a medically untrained moron. That’s probably not fair but that was what I was thinking when he was making whooping noises at the prospect of 98.2 temperatures and telling me that anything over 90 is dangerous. Even 80+ is not normal he said and ‘it’s dangerous to google these things’ he further advised.

He said that I definitely qualified for a nurse visit and it definitely would not take long. Definitely within 24-hours. He took down all my details. No nurse arrived. That was eight days ago.

My situation now is that after that terrible Friday night I stopped going into fever and have gradually improved. Now it’s just a cough and moderate asthma I’m dealing with. I’m working from home.

But did I have THE virus? With no testing how can I know. Do I have antibodies? Again, no test is available so I can’t be sure.

Months from now there will be an army of recovered people . I am possibly one of them. They can’t pass on the infection and can’t get it again quickly, we are told. That could be a great resource for the nation. We can safely go back to work. But we need testing to know who they are.

It’s clear from the UK Government’s evasiveness on the topic that virus tests were ordered far too late. Next week frontline NHS staff are supposed to be getting tested. Let’s hope that does happen.

And then, probably weeks after that, I hope to find out if I was really sick with Covid-19 – or was it just a non-specific airplane bug gone wild?