Police turned up heavy-handed to break up a comedy club night in Liverpool that was broadcasting a rerun online during the coronavirus lockdown.

They ring the doorbell and bang on the door of the venue after receiving a tip-off that Hot Water Comedy Club was hosting a live performance.

For the next 60 seconds, police flout social distancing measures imposed to protect the public which are enforced by officers around the country.

But it later emerged that Hot Water Comedy Club was not even open, and had been airing a rerun online that evening of a March 7 gig.

It means a member of the public came across the broadcast and reported the show to Merseyside Police, believing the venue was flouting the lockdown. 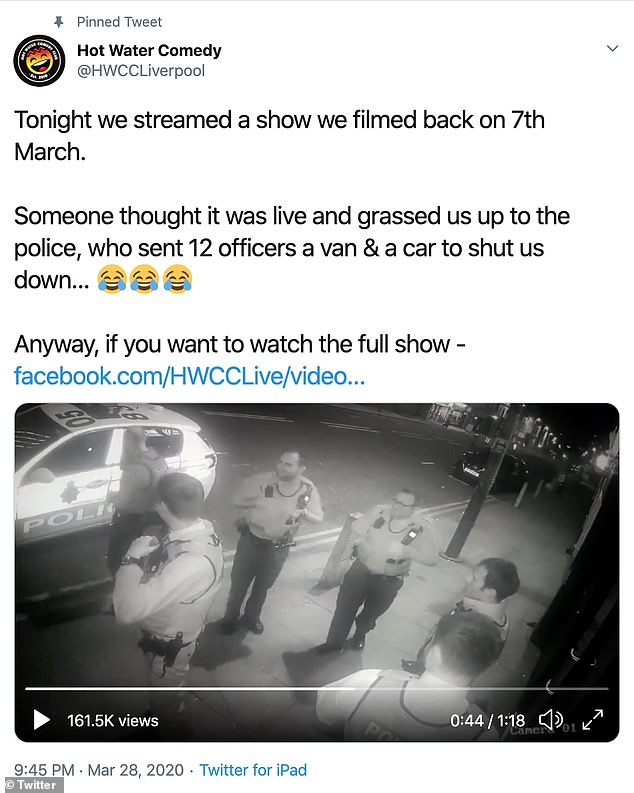 They said: ‘Tonight we streamed a show we filmed back on 7th March.

‘Someone thought it was live and grassed us up to the police, who sent 12 officers a van and a car to shut us down… (fair play to the police responding so fast)’.

Merseyside Police told MailOnline: ‘Our officers responded to a report from a member of the public concerned that a comedy club was open and live streaming a show with a large number of customers inside yesterday, Saturday, 28 March.

‘To verify this, they attended the club and found it closed. Checks were made around the building to make sure no-one was inside.

‘It is normal to send several units to a licensed premises if it is anticipated that there will be lots of people present, but on this occasion it turned out to be a false alarm made in good faith by a member of the public.’

A spokesperson continued: ‘Police officers are key workers with a critical role in protecting the public during the coronavirus situation, and whilst they do practice social distancing wherever possible, their role in responding to calls for service from the public, means it is not always possible.’

It comes as police chiefs started encouraging Britons to snitch on neighbours they suspect of breaching the coronavirus lockdown. 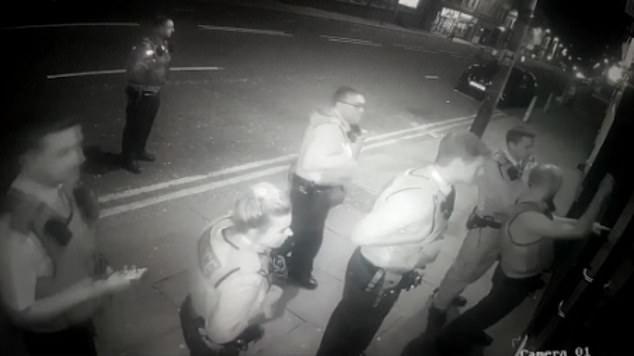 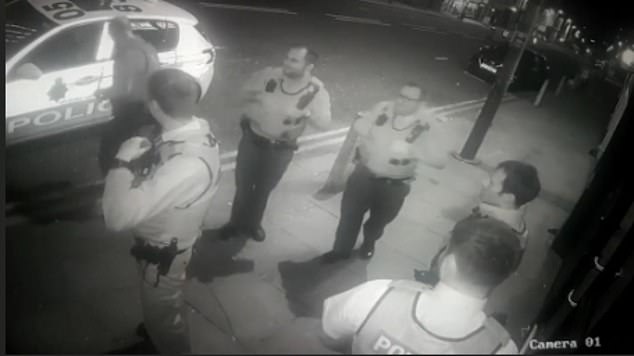 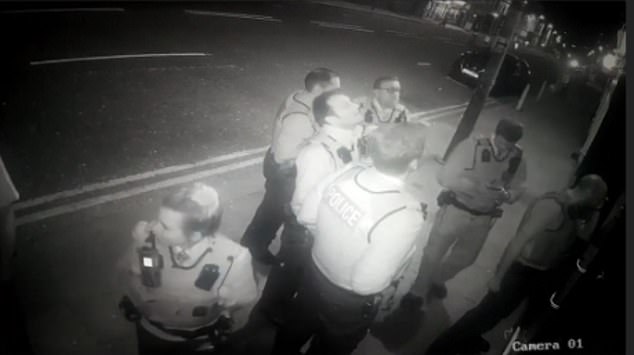 But it later emerged that Hot Water Comedy Club was not open, and had been airing a rerun online that evening originally performed on March 7

If citizens believe neighbours are violating lockdown rules, they can fill out an online form to report supposed infractions to police.

They can provide officers with the address, date, and time of the alleged incident.

It follows a surge in the number of calls to the non-emergency 101 number since the PM imposed the most drastic curtailment of civil liberties in UK history.

Yesterday, 260 people who tested positive for the coronavirus died, bringing the total number of people dying with Covid-19 to 1,019.

In another day of coronavirus developments:

Woman fights for life after her parachute deflated mid-air - sending her plummeting to the ground
Parents let themselves get 'distracted' by mobile phones, Education Secretary warns
Excruciating one-liners from Chloe Madeley and her rugger hubby James Haskell in newlywed interview
Row as John Bercow REFUSES to attend the State Banquet being thrown for Donald Trump in June
Sunburn tattoo trend is going viral online for the summer
Edoardo Mozzi's ex-fiancee mother of his son Dara Huang wishes him and Princess Beatrice her best
Labour shadow minister outraged at claims that he belted out Hey Jews to the tune of Hey Jude
Government gets set to take new powers to fund projects in Scotland and Wales