Vice President Mike Pence said on Saturday that he would deliver a recommendation to the president on whether to re-open the US economy in the coming week despite Sen Lindsey Graham telling him not to lift the lockdown too early.

‘We’re going to protect our vulnerable Americans but in the midst of doing all of that, as the president said, his desire is to put America back to work, to open our country up as soon as we can responsibly do that and the team this week has been bringing those recommendations to him,’ Pence told Fox News.

Pence, who heads the Trump administration’s response to the coronavirus outbreak, said the task force would base its decision on data and scientific advice.

‘We’re following the data. We’re literally doing tens of thousands of tests a day and we’ve gotten a great deal more understanding about where people have contracted the coronavirus, whose recovered, whose most at risk and the regions of the country that are most impacted,’ Pence said.

‘We’re going to be bringing that data forward to him… and ultimately the president will make a decision that he believes is in the best interest of all American people.’ 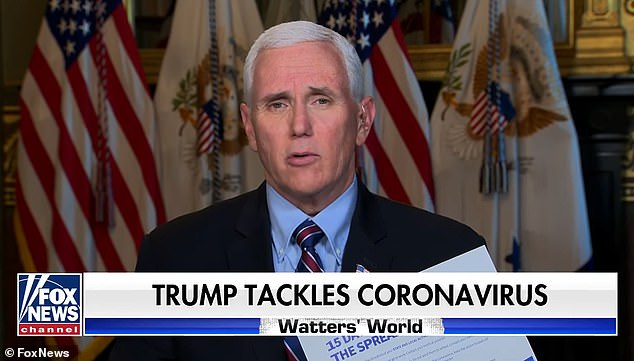 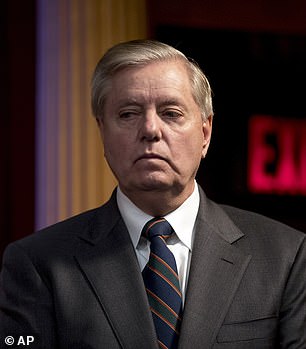 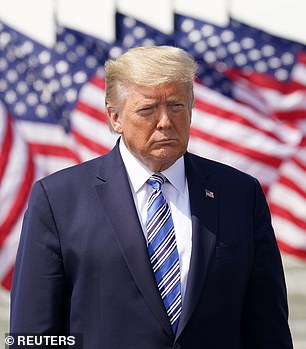 Pence’s remarks came shortly after it was revealed that Graham privately phoned President Donald Trump earlier this week and begged him not to reopen the country before medics say it is safe.

Three White House insiders told that Graham spoke to the president on the phone and bluntly told the commander-in-chief that he will ‘own the deaths from the novel coronavirus’ if he orders people to return to work too early.

According to the sources, Trump listened to the South Carolina senator but ‘made no promises’.

Trump reportedly told his longtime ally that ‘Americans must get back to work and businesses need to reopen as quickly as possible’.

Prior to the phone call, Trump had caused widespread outrage by wanting the country ‘opened up and raring to go by Easter [April 12]’, despite doctors warning that the COVID-19 pandemic could cause an effective shutdown stretching into summer.

According to the Post’s report, Trump is still toying with the idea of getting Americans back to work early despite the backlash, as he feels pressured by big business and stressed by the fluctuating stock market.

One source told the Post that ‘the president has been driven much more by economic concerns’ than by the outbreak itself.

‘Whether he gets reelected or not will depend on where the economy is and where people’s perceptions of the economy are six months from now. That’s where he is primarily focused,’ they stated.

Trump is allegedly ‘distraught’ by the grim economic situation as he ‘has long viewed the stock market as a barometer for his own reelection hopes’.

Additionally, Trump has been ‘inundated’ with calls from business leaders and wealthy supporters ‘urging him to get Americans back to work and stave off further calamity, even if doing so carries health risks’.

Reportedly left unsatisfied by his Sunday night phone call with Trump, Graham sent out a series of tweets the following day.

‘We are fighting a two-front war — trying to destroy the virus while keeping the economy afloat. As Dr. Fauci has consistently said, we should always err on the side of doing more – not less – when it comes to containment,’ Graham wrote on Twitter.

‘President Trump’s best decision was stopping travel from China early on. I hope we will not undercut that decision by suggesting we back off aggressive containment policies within the United States,’ he added. 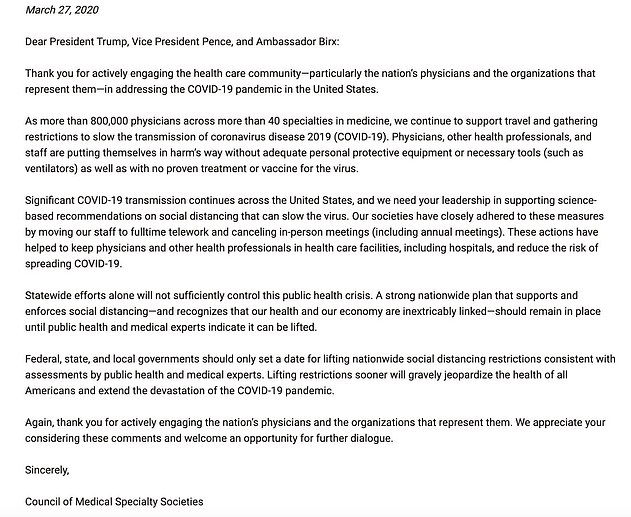 More than 800,000 physicians across the United States sent a letter to The White House, asking that they use scientific data in discussions about reopening the country

The Washington Post report came after more than 800,000 physicians from The Council of Medicinal Speciality Societies addressed a letter to Trump urging him not to open the country back up prematurely.

In the letter, sent Friday, they said medical staff are risking their lives to treat coronavirus patients and they ask that the Trump administration support ‘science-based recommendations’ on social distancing.

They wrote: ‘Significant COVID-19 transmission continues across the United States, and we need your leadership in supporting science-based recommendations on social distancing that can slow the virus.

‘A strong nationwide plan that supports and enforces social distancing—and recognizes that our health and our economy are inextricably linked—should remain in place until public health and medical experts indicate it can be lifted.’

Trump has eased his stance slightly after Dr Anthony Fauci pushed back against the premature deadline, but has not officially backed down.

Novichok suspects' drug-fuelled night of 'cannabis and prostitutes' at £75-a-night London hotel
Kim Kardashian 'stood in the back and watched' during hubby Kanye West's post-SNL performance tirade
Widow, 61, sentenced to 14 months for stealing more than $100K in benefits by claiming she had a son
Three more women accuse Joe Biden of touching them inappropriately
Pelosi insists she doesn't have 'that many differences' with AOC
Socialist parody version of Monopoly lets players give money to society rather than buy properties
No Time To Die FIRST TRAILER: James Bond is back in explosive style
Judge rejects R. Kelly's THIRD attempt to get out of jail early