Food parcels have begun arriving at the doors of the most vulnerable people who are being shielded from .

The first 2,000 packages were delivered over the weekend to those who cannot leave their homes because severe health conditions put them at risk.

The Government expects more than 50,000 deliveries this week but this could rise to hundreds of thousands of boxes, depending on demand. 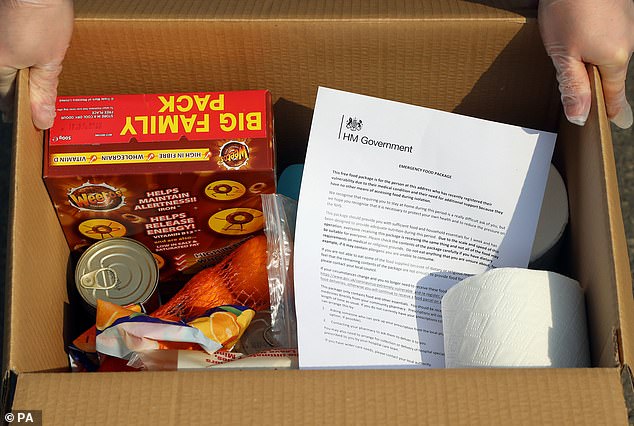 The packages contain essentials such as toilet roll, pasta, fruit and tinned goods and are being directed at those self-isolating for 12 weeks but have little support from family or friends.

Communities Secretary Robert Jenrick joined a delivery in Paddock Wood, Kent, where a pack of chocolate cereal was also included.

He said: ‘This weekend sees the start of extraordinary steps to support the most clinically vulnerable, while they shield from coronavirus.’ 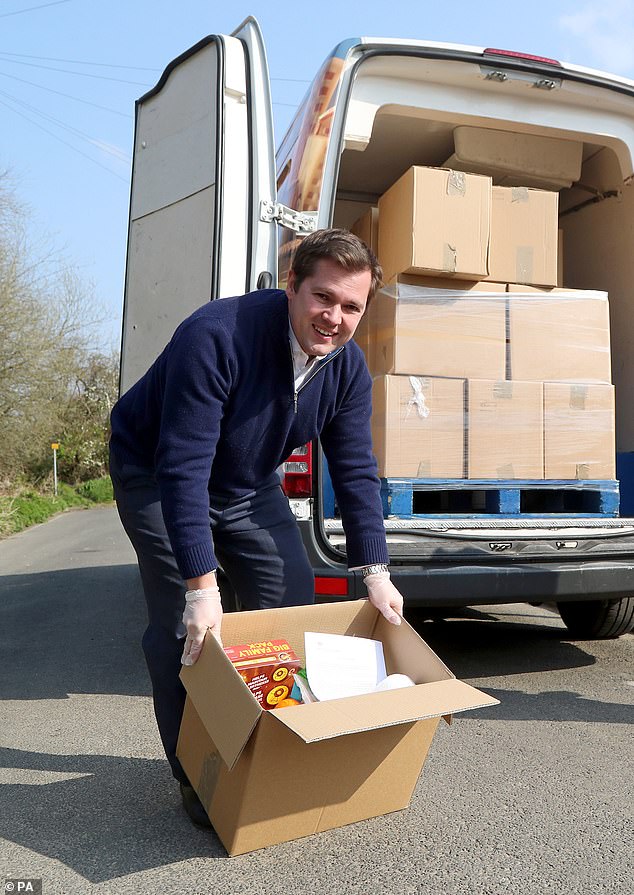 Communities Secretary Robert Jenrick, helps deliver free food boxes to the most clinically vulnerable in Tonbridge, Kent, as the scheme is rolled out across England

‘We will support these people at this difficult time, and the scale of an operation like that has not been seen since the Second World War.’

While the deliveries will be welcomed, there are major concerns over the mounting pressure being heaped on the food banks that routinely serve those too poor to buy ingredients.

A total of 1.5 million extremely vulnerable people are being asked to shield themselves. Officials say 900,000 have been written to so far to inform them of the steps.

But GPs must contact 600,000 more who are not on a national register, a Ministry of Housing, Communities and Local Government spokeswoman said.