pro AJ Pritchard has revealed he wants to be one half of Britain’s next big double act with his brother Curtis.

The British dancer revealed he has ambitions to be bigger than Ant and Dec, after quitting the show to be a TV presenter.

AJ went onto reveal that he decided to quit Strictly after four years on the show so he could ‘have his life back,’ after struggling with 18-hour days and months of training for each series. 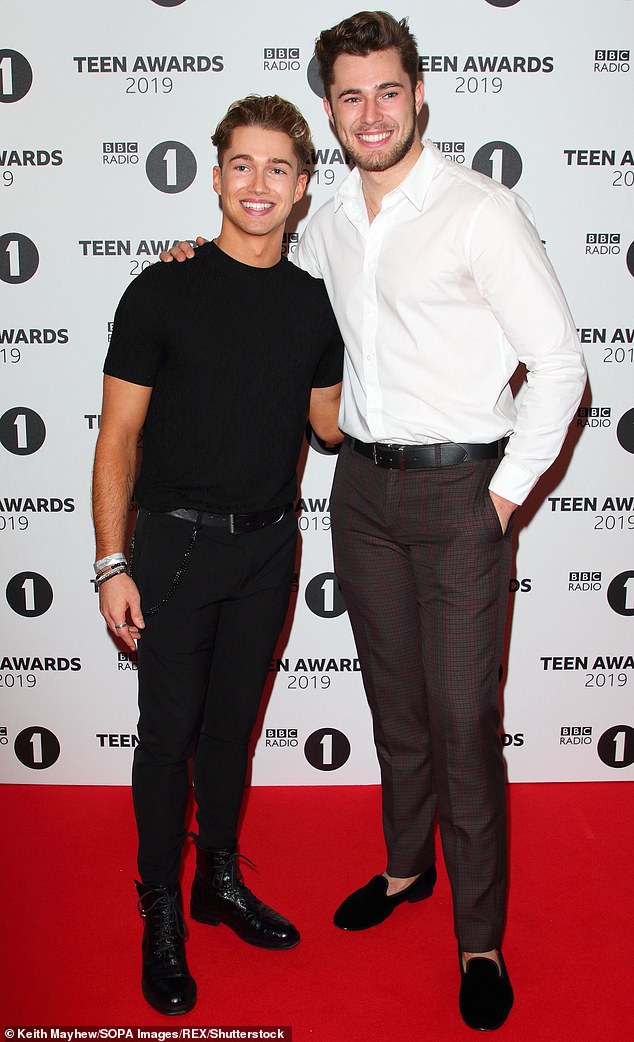 Dynamic duo: Strictly Come Dancing pro AJ Pritchard (left) has revealed he wants to be one half of Britain’s next big double act with his brother Curtis

‘We want to bring our brand — that all-singing, all-dancing Saturday night style of family entertainment, a bit like Bruce Forsyth.’

The former pro also revealed he decided to leave Strictly to create his own brand over being repeatedly associated with Strictly and his celebrity partners.

He explained: ‘It took up six months of my life, some days I would work 18-hour days because I was dancing and choreographing. I didn’t have a life and I wanted to be able to do more.’

MailOnline has contacted representatives for Strictly Come Dancing for comment. 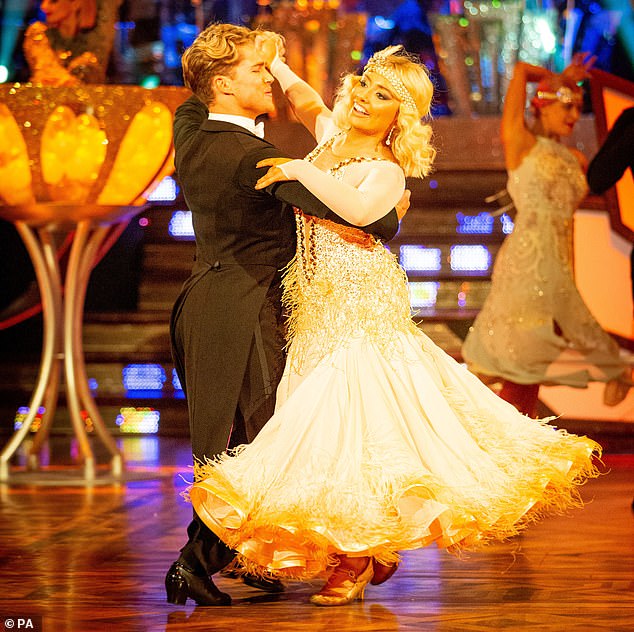 Big plans: The BBC dancer said that he has huge ambitions after quitting Strictly Come Dancing, saying he decided to leave to ‘get his life back’ (pictured with Saffron Barker)

AJ admitted that in the past he’s been forced to turn down other work that would interfere with his time on Strictly, and admitted he was relieved to finally announce his departure after contemplating it for a year,

During his four years on the show, AJ made it to the semi-finals three times, but failed to life the coveted glitterball trophy.

Joining Strictly in 2016, he was partnered with Olympic gymnasy Claudia Fragapane, followed by Mollie King, Lauren Steadman and most recently Saffron Barker. 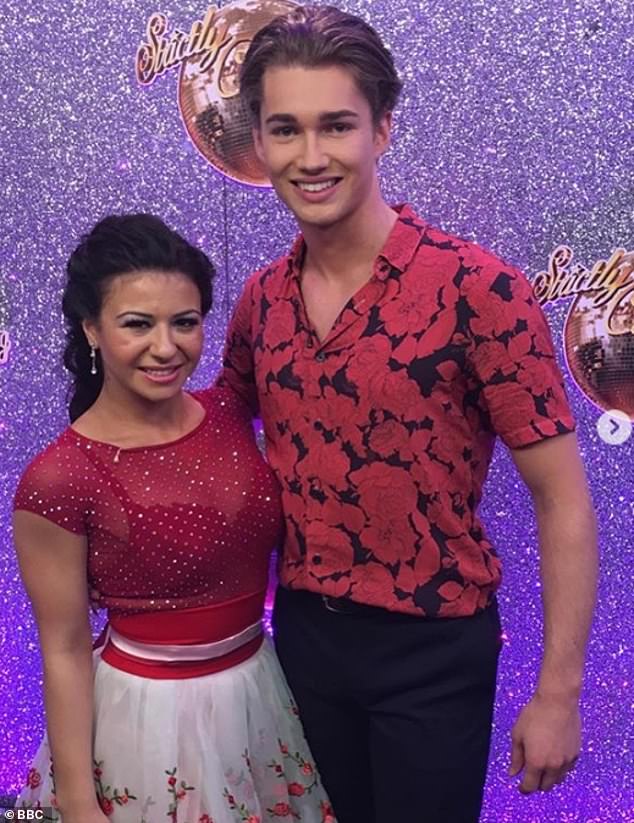 A look back: AJ began his Strictly career in 2016 and reached the semi-finals with gymnast Claudia Fragapane 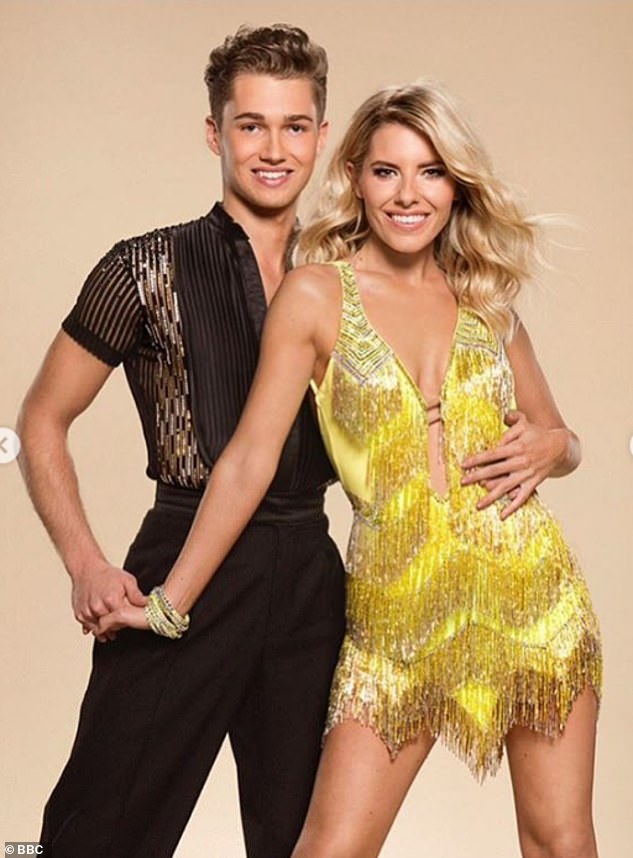 Getting along nicely: The next year, he was coupled up with Saturdays singer Mollie King, 32, coming in fifth place 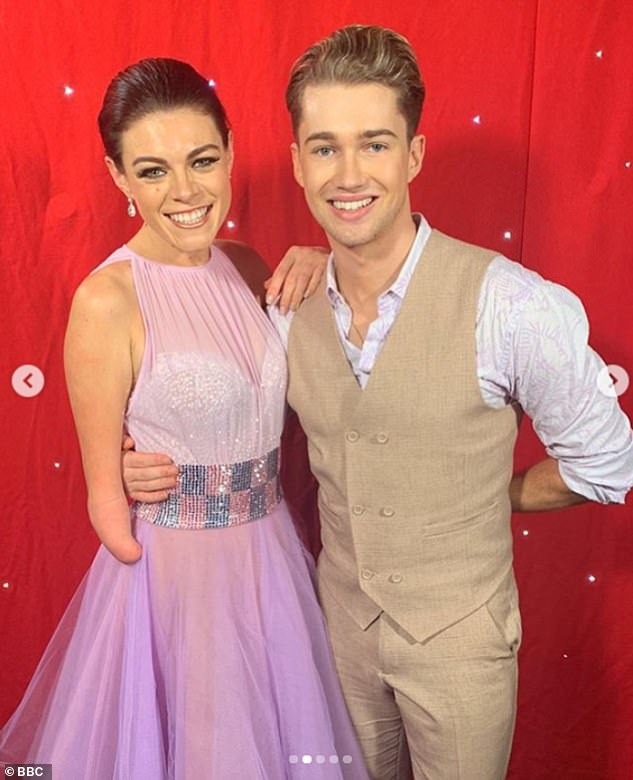 Pals: He got the same result the year after with British Paralympic athlete Lauren Steadman, 27

Despite rumours around his partnership with The Saturdays star Mollie in 2017, AJ has also managed to avoid the so-called Strictly Curse and has never had a romance with any of his celebrity partners.

AJ is currently self-isolating with his girlfriend Abbie Quinnen, 23, brother Curtis, and his dance teacher parents Debi and Adrian at home in Stoke-On-Trent, and said he would never rule out returning to the show in the future.

On Thursday he broke the news to fans that he would be leaving Strictly, just four weeks after fellow pro Kevin Clifton announced his departure. 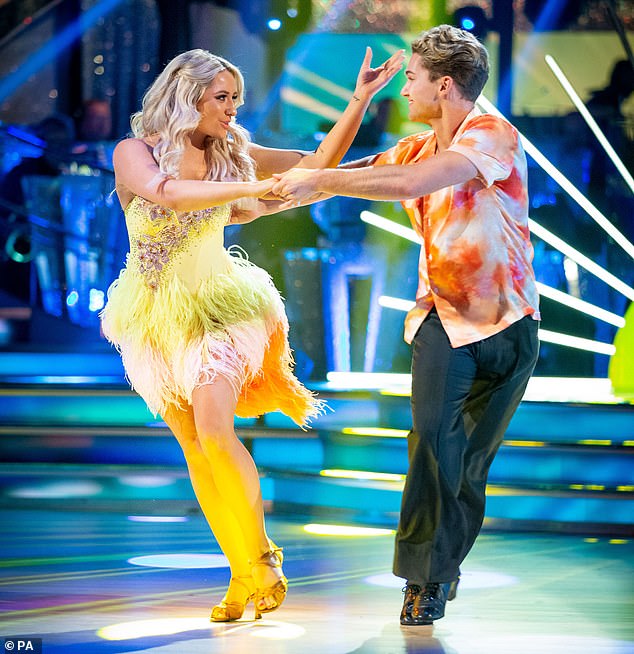 Struggling: AJ (pictured with his 2019 partner Saffron) also admitted he struggled with the gruelling hours on Strictly, and had been contemplating quitting for a year

AJ wrote on Instagram: ‘I have some news for you all. Please see the below statement from my team – also sending my love to everyone in this difficult time, please keep safe. AJ x.

After four years on Strictly Come Dancing, AJ has decided the time is right to leave the show and follow his dreams to explore opportunities in the presenting world alongside his brother Curtis.

‘AJ would like to thank the team at Strictly and everyone at the BBC for giving him such a brilliant opportunity.

‘AJ would also like to send his love and gratitude to all who have followed and supported his career.  He is excited for you all to join him on the next chapter of his journey.’ 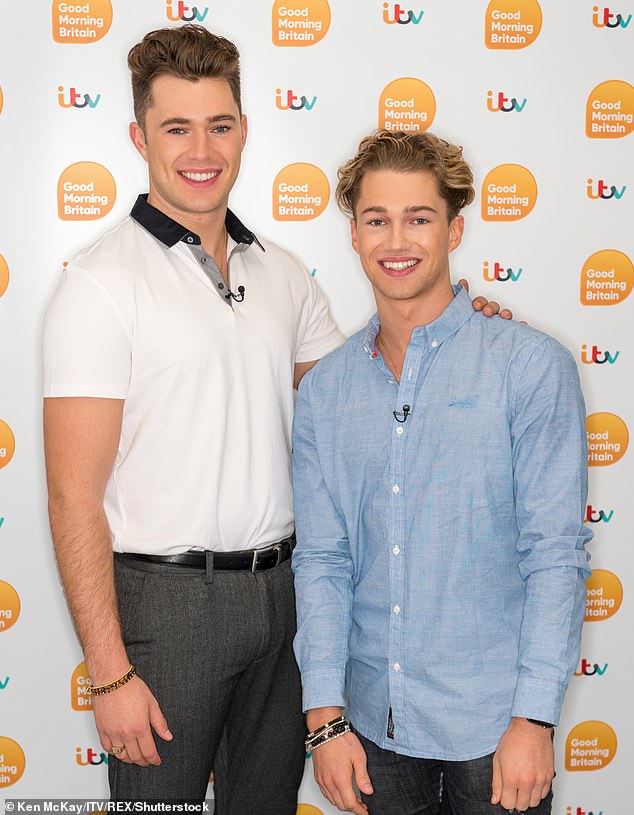 Teaming up: Both AJ and Curtis have been open about teaming up in the future, and even joined forces for the AJ Live tour (pictured September 2019)

Fellow professional dancer, Curtis, 24, who appeared on Love Island last year, most recently had a stint as the receptionist on The Greatest Dancer.

He has appeared on This Morning and also starred on the Irish version of Dancing With The Stars.

Both siblings have been open about wanting to work and perform together in the future, and Curtis had joined his brother on his ‘AJ Live’ tour before the remaining dates were postponed due to the coronavirus pandemic. 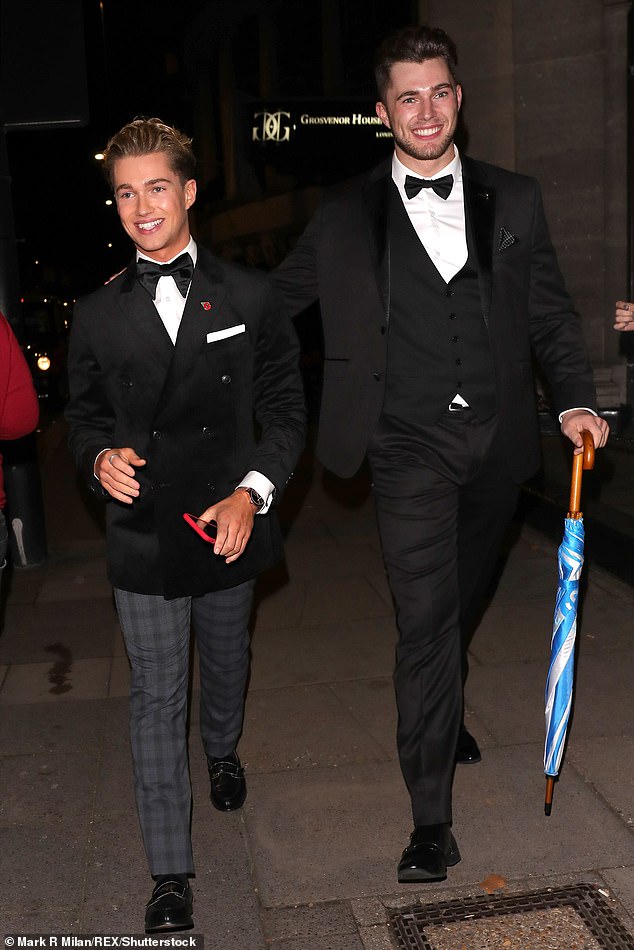 Performer: While AJ rose to prominence after joining Strictly at the age of 21, Curtis won an army of fans when he appeared on Love Island last yeat (pictured October 2019)