US unemployment claims have surged to 3.28million – four times the previous record – as a result of the  pandemic.

Three million people have filed claims in the last week, according to a release from the Department of Labor on Thursday morning.

‘In the week ending March 21, the advance figure for seasonally adjusted initial claims was 3,283,000, an increase of 3,001,000 from the previous week’s revised level,’ the report read. 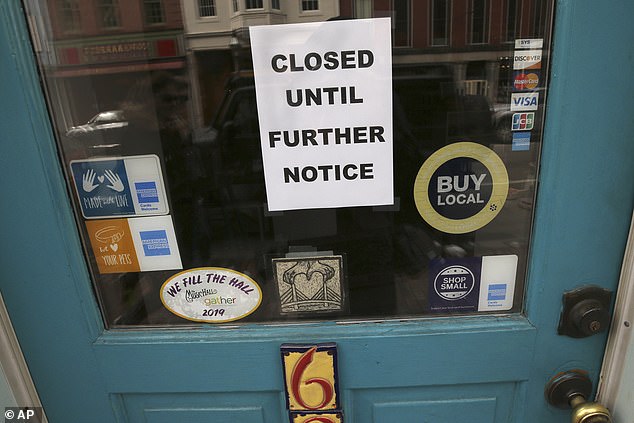 Millions have lost work as a result of the coronavirus pandemic 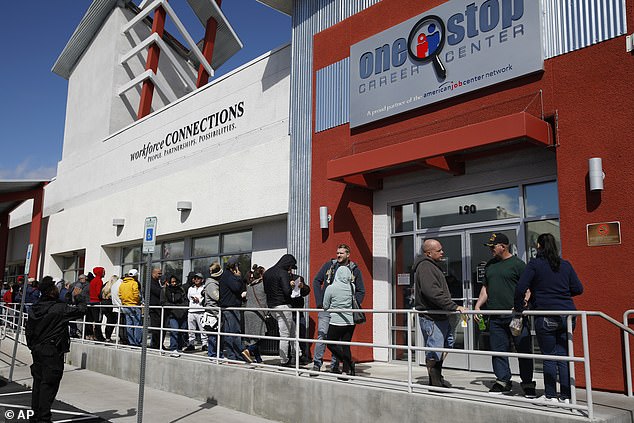 Millions of people have been put out of work by the virus which has now killed more than 1,000 people in America and 20,000 around the world since November.

Despite efforts by the government to alleviate the economic burden, businesses have already folded.

How much they will receive is dependent on what they were making when they were put out of work but the plan guarantees the new rates for four months. 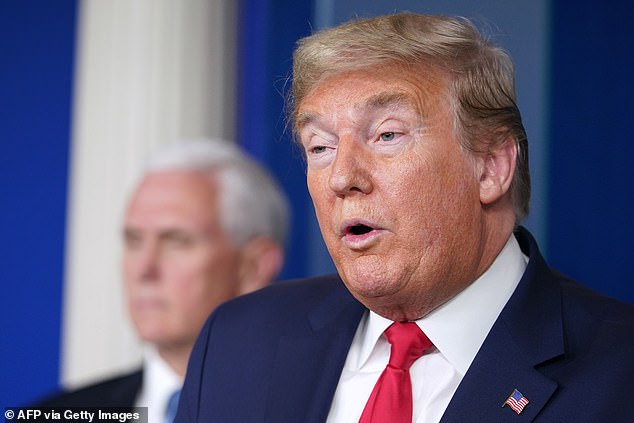 Is this evidence of the 'world's first' tattoo parlour?
U.S. State Department issues spring break security alert for Mexico
The miracle $49.95 oil that banished little girl's severe eczema in just ONE day
Roy Moore boasts he'll WIN 2020 Alabama Senate race if he runs and Trump doesn't get to decide
Australian mum who claims she was groomed by Jeffrey Epstein for sex speaks out
John Hinckley Jr's diary reveals he felt 'satisfied' by his assassination attempt on Reagan
Bodies of two drowned socialites found 52ft below surface after car rolled off ferry
Parents jailed for forcing boy, eight, to kneel on buckwheat for up to nine hours at a time