has been criticised for increasing rent for tenants on his freehold land – with claims one went up from £100 to £7,000.

Locals on the Isles of Scilly says the hikes by the Duchy of Cornwall are costing them a fortune – and preventing them from buying their own land.

The Prince of Wales, 71, owns and leases land on the archipelago, which is located around four miles south of mainland Britain.

As the estate is freehold locals can only occupy some properties as leaseholders – meaning they don’t own the ground – and are charged a nominal rental fee. 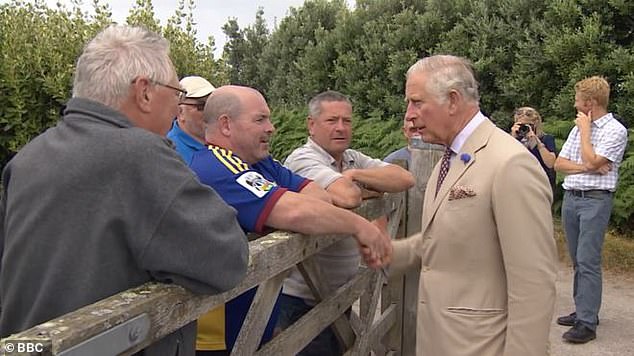 The BBC has alleged that annual sums have been increased in recent years in once case from £100 to £7,000 by the Duchy – which last year made £21m profit.

The Duchy said in response that large amounts of the rent were reinvested in the isles, conditions were advertised pre-sale and mitigation was offered to those affected.

Alan and Glenda Davis bought the 99-year lease for their property near the Garrison on St Mary’s – the largest island – in 1984.

But when they enquired about buying the freehold they were told that wasn’t an option – leaving them disappointed.

Mr Davis claims he had no idea of the limitations when he made the purchase, of which the lease still has 75 years to run. 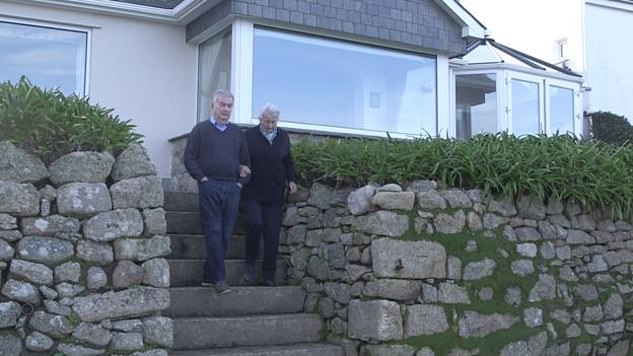 He said: ‘I just want the same rights as everybody else. It needs to change.. The whole thing is medieval.

‘For us it means we can’t take money out of the house, we can’t have equity release, we can’t mortgage it.

‘There’s a campaign going on to abolish leaseholds and replace it commonholds.

‘People are very fearful of the Duchy. They don’t want to prejudice their position. I have been fighting since the late 1990s.

‘It’s got nothing to do with wanting the monarchy to be abolished – it’s behaviour that’s not acceptable.

‘The Duchy have now said you can go to tribunal but the costs of that are enormous.

‘A few years back we had a group who tried to bring some court action. I consulted some lawyers and QCs. But the outcome was: ‘Don’t do it’.

‘The rent problem doesn’t apply to me but it does seriously to others. One lady has jobs galore to pay the £7,000.’

It is thought that around 50 people are affected by the issue.

The Duchy of Cornwall owns 135,000 acres of land across the nation and made a £21 million profit last year.

Former Liberal Democrat minister Norman Baker has authored a book on the monarchy, its finances and role in society. 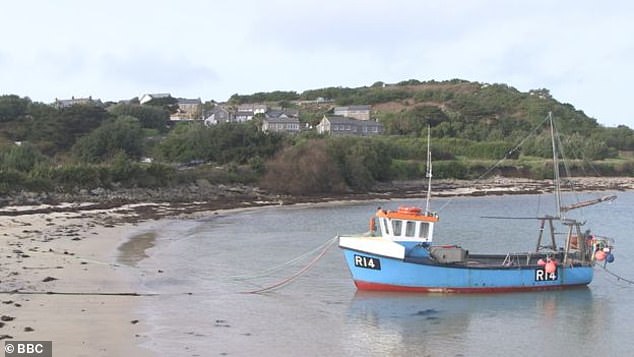 He said the freehold law benefited Prince Charles in a way ‘unlike any other landowner’.

He told the BBC: ‘It’s extraordinary in the year 2020 that a medieval throwback like the Duchy of Cornwall – which is simply a money-making machine for the Prince of Wales – can continue to exist in the way it does.’

Buying freehold land is a right enjoyed since 1967 and was reaffirmed in legislation in 2001, but the Duchy of Cornwall has been exempt from this right to buy.

Tim Dean, a councillor on the Isles of Scilly, added: ‘I am not aware of this particular issue but there has always been a little bit of conflict here between the residents and the Duchy being such a large landowner.

‘As far as I am aware they have handled most things well but will look into this.’

In response to the allegations, the Duchy told the BBC: ‘Typically over 90 per cent of income from rents from the islands is reinvested on Scilly every year.

‘In the off-islands and Garrison, some tenants are not able to acquire their freeholds and we ensure such restrictions are well advertised to potential buyers.

‘For those who would normally have this option, the Duchy offers an extension to their lease of 50 years.’

Speaking today, a spokesperson for the Duchy of Cornwall said on freeholds: ‘The Isles of Scilly have been part of the Duchy estate since the 14th century and we have always strived to protect and maintain the unique character of these islands.

‘In areas where tenants are not able to acquire their freeholds, we ensure such restrictions are well advertised to potential buyers and offer these tenants 50 year lease extensions.’

On rent prices, they added: ‘The Duchy follows the statutory formula for setting ground rents and if there is any disagreement, tenants can request that the rent is assessed by an independent rent tribunal.’

Woman is shunned by plus-sized community for being 'too small'
Shocking moment woman brutally kicks and whips her pet dog with its leash because it wouldn't behave
Daniel Sturridge distraught after burglars steal his DOG after ransacking LA home
Evidence may have been lost because Facebook refused to hand over Lucy McHugh's Facebook data
Election 2020: Boris Johnson among the voters to cast their ballot
Louis Tomlinson vows to NEVER appear on BBC Breakfast again after he is 'grilled over his grief'
Jeff Bezos commits $10 billion to fight climate change
Nutritionist shares her simple recipe for the 'perfect' hot cross buns