Last month she revealed that she’d suffered a devastating miscarriage while heavily pregnant.

And, Chanelle McCleary took to Instagram on Sunday to mourn the loss of her ‘angel baby’ and reflect on the death of her grandmother in a heartbreaking Mother’s Day post.

The  and Big Brother star, 27, shared a photograph of herself proudly cupping her baby bump, taken when she was pregnant, and confessed: ‘I miss my bump’ as she opened up about her feelings. 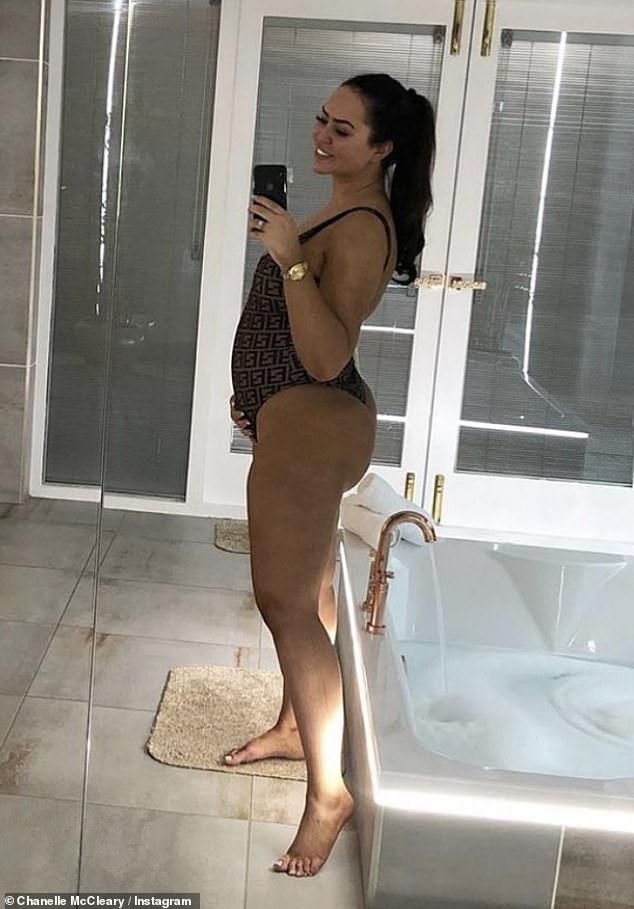 Heartbreaking: Chanelle McCleary, 27, took to Instagram on Sunday to mourn the loss of her ‘angel baby’ and reflect on the death of her grandmother in a heartbreaking Mother’s Day post

She wrote: ‘It’s hard watching social media today, I miss my bump. I miss the feeling of growing my own little human inside me & feeling all that love already even though you haven’t met.

‘I miss the excitement, miss the content feeling. It’s hard to not feel sad especially on a day like today but I’m remembering you today & everyday & one day we will meet & have a rainbow baby.

‘Sending love to everyone who has an angel baby, an angel mummy or an angel nanny, they will be looking down on us & by our sides forever.’

Taking to her Instagram Stories, the television personality posted a black and white snap of a photograph of herself and her late grandmother. 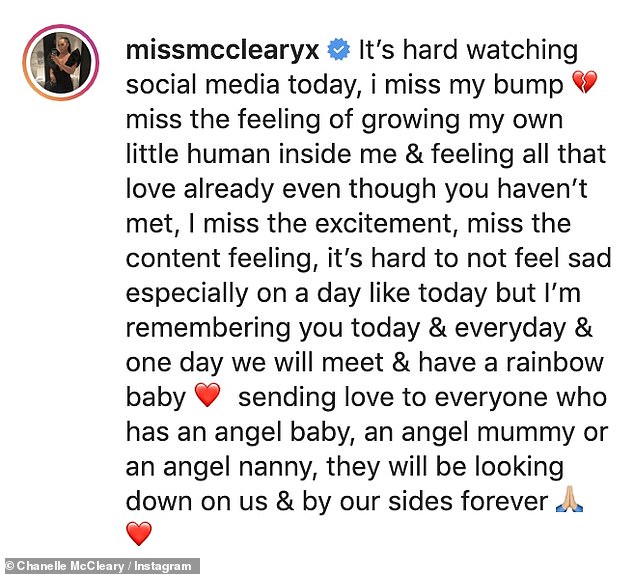 Devastating: The Ex On The Beach star confessed: ‘I miss my bump’ as she opened up about her feelings in the photograph’s caption 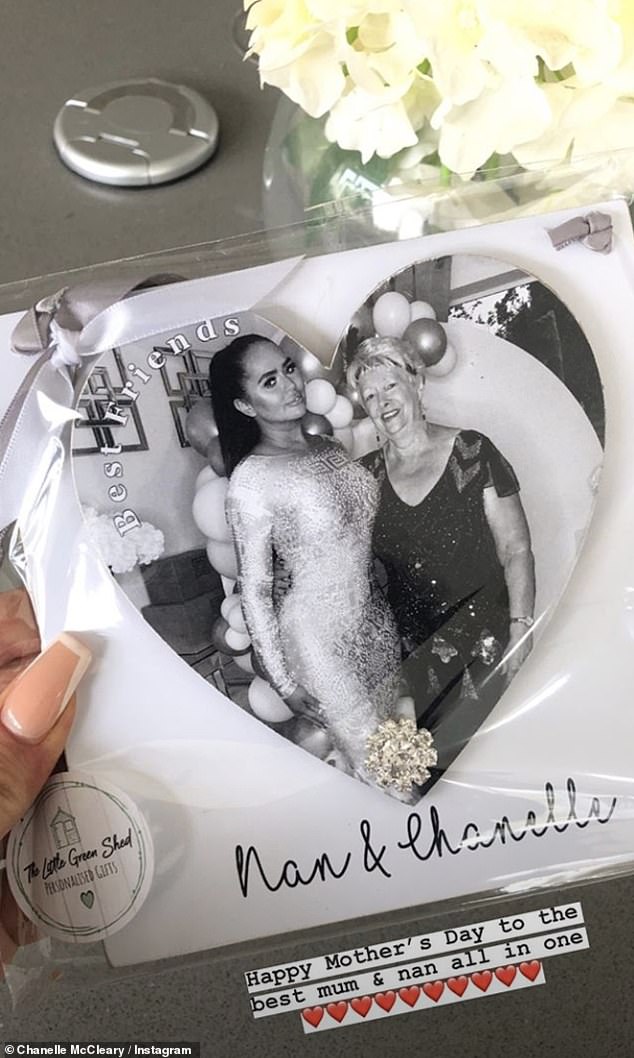 Best friends: Taking to her Instagram Stories, the television personality posted a black and white snap of a photograph of herself and her late grandmother 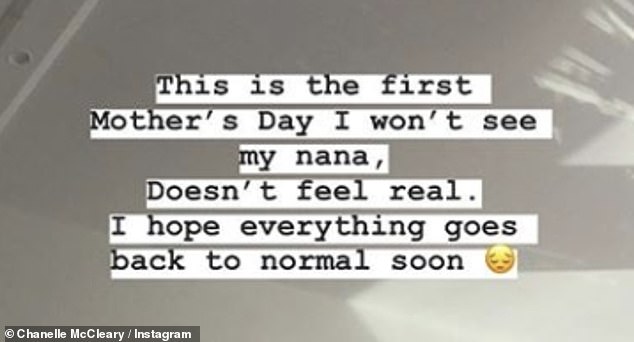 Difficult day: The TV personality explained that this would be her first Mother’s Day without her nana, after she passed away

Chanelle wrote beneath it: ‘Happy Mother’s Day to the best mum and nan all in one.’

She later added: ‘This is the first mothers day I won’t see my nana. Doesn’t feel real. I hope everything goes back to normal soon.’

Last month, the media personality, who is engaged to her partner Rich, confirmed the heartbreaking news on Instagram, where she admitted she ‘spent a week just crying constantly’.

Just a few weeks ago, Chanelle gave fans insight into the details of her miscarriage as she hosted a question and answer session with fans.

The baby news came 11 months after she became engaged to her partner, known only as Rich.

After announcing her heartache, she was asked by a fan: ‘Do you want to get pregnant straight away or will wait?’

Chanelle responded: ‘I don’t think it’s the best way to deal with things and everyone is different but the only thing that gave me hope was to try and give me something to focus on so we are going to try again straight away yes but a lot of women let themselves heal first. There is no right or wrong x’. 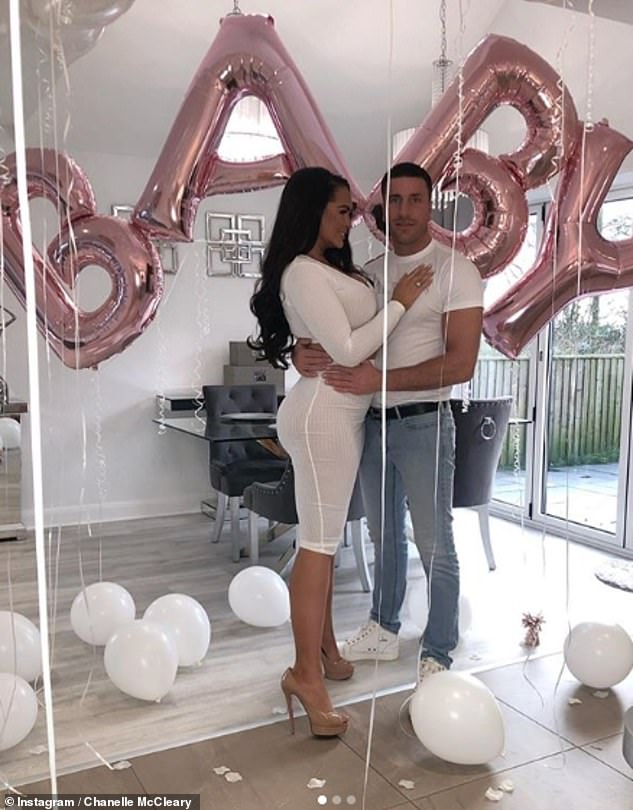 Heartache: Last month, the media personality, who is engaged to her partner Rich, confirmed the devastating news to her Instagram followers

‘I spent a week before announcing the miscarriage of not even being able to get out of bed, just crying constantly, it’s crazy how many babies you see on adverts everywhere when you have just lost one… 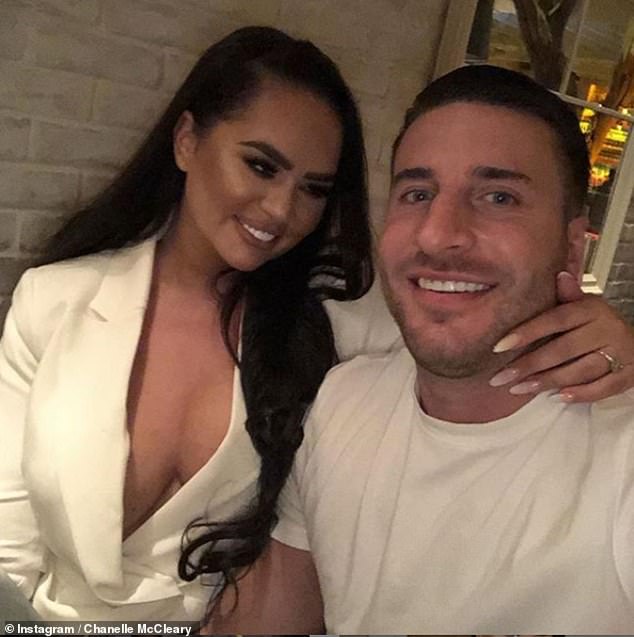 Emotional: The baby news came 11 months after she became engaged to her partner, known only as Rich. 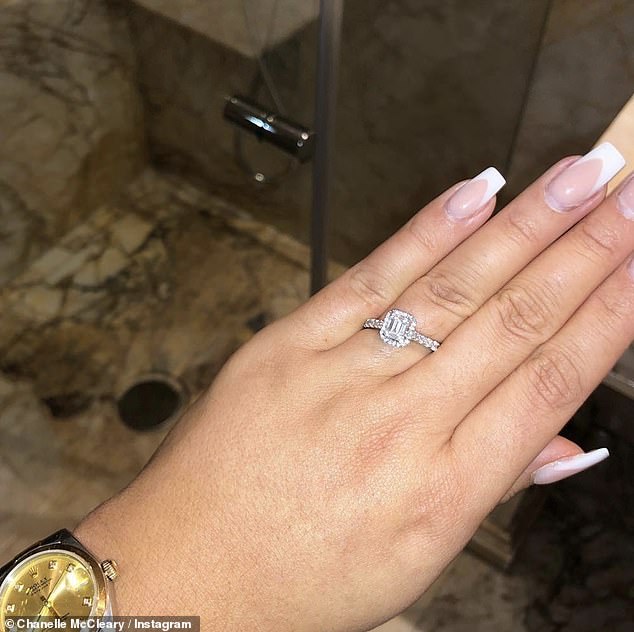 ‘I put off announcing it but now I feel better by speaking to others and hearing other people’s stories. It has given me hope and helped me process it all actually. It’s so easy to hide yourself away and get depressed. Definitely helps to talk.’

Chanelle was later asked: ‘Do you feel let down by NHS considering you’d gone in so many times leading up? Sending love.’

She responded: ‘No I don’t. They were amazing and gave me a scan etc which shown a strong heartbeat and no problems. The heartbeat they think stopped a few days after that scan so would have been when my bleeding became heavier so unless I went everyday for a scan to check the heartbeat… 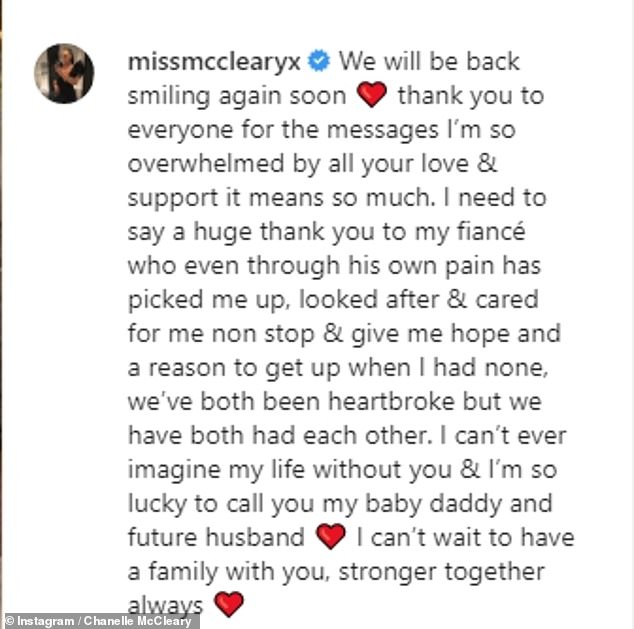 ‘I’m so overwhelmed’: She shared a heartwarming message thanking fans for their support during the difficult time

‘I would not have known it had stopped. Some people carry on into pregnancy for weeks not known that their baby’s heartbeat has stopped. It’s awful but there’s nothing you can do.’

The TV star rose to prominence following an appearance on Ex On The Beach, when she appeared as the former flame of Charlotte Crosby’s ex Joshua Ritchie.