A man was caught on camera kicking a coyote that was trying to attack his little dog.

The home’s surveillance video showed the horrifying moment when the coyote ran across a porch and attacked the small dog that had been resting on the deck in South Lake Tahoe, California.

The video starts with the dog lying in a sunny spot on the deck while its occupied owner sits on a chair several feet away. 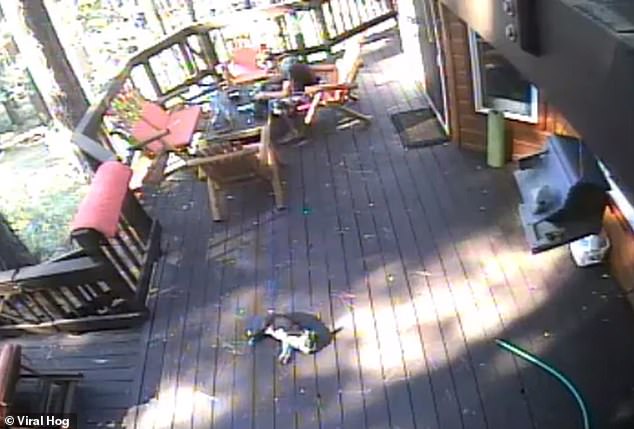 A small dog is pictured here, sunning itself, just moments before it was attacked by a coyote. Its owner is seen sitting on a chair, just feet away from the dog 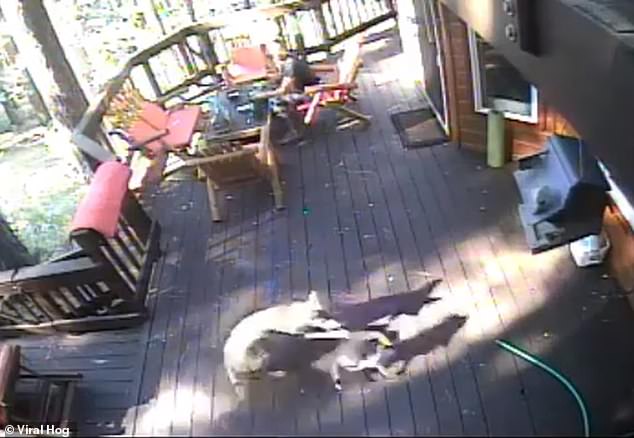 The coyote runs onto the porch and rams into the dog, trying to grab it around the neck 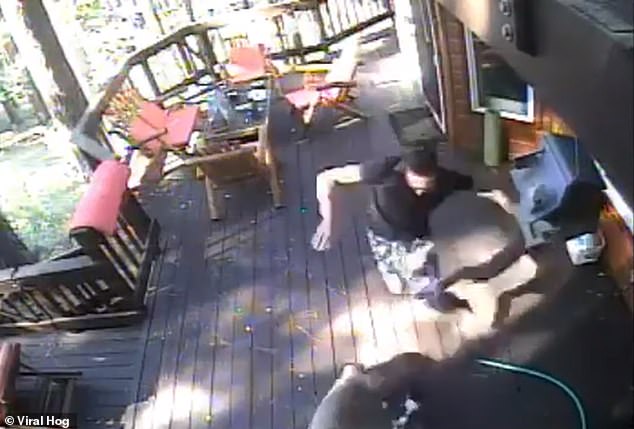 The quick-thinking man runs over to help his dog, preparing to kick at the attacking coyote

The dog, alerted to something off screen, gets up and adopts a defensive posture just a split-second before the coyote runs into view and rams into the dog, attempting to grab and shake the dog by the neck.

As this happens, the dog’s owner leaps up from his chair and kicks the coyote, chasing it off the porch.

The dog then wanders back into frame, seemingly unharmed by what just happened.

The man then protectively picks up the dog and cradles it in his arms, as he keeps an eye out in case the coyote returns for another shot at the poor pooch.

After a few moments, the man can be seen lifting up the dog, seemingly checking for injuries. 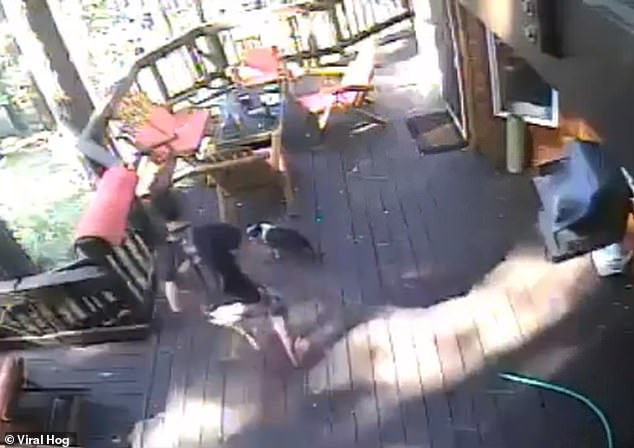 The man can be seen here running back to his seemingly unharmed dog, before scooping it up 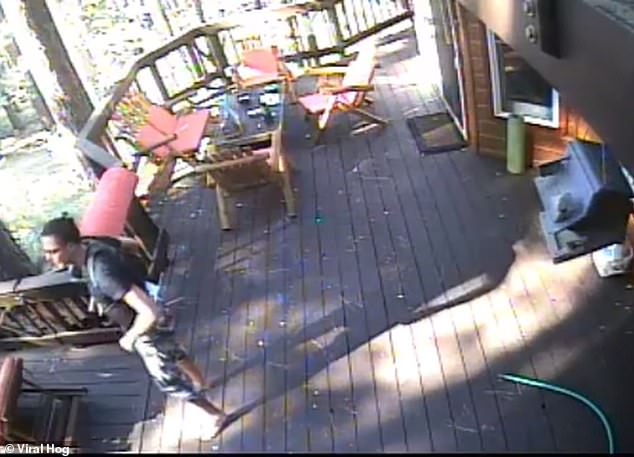 After the attack, the man protectively holds his dog, while keeping an eye out for the coyote

Coyotes are known to be very bold predators that have no qualms about attacking pets in the presence of their human owners, reports.

The predators – which weigh just 20 to 50 pounds – are known for stalking their prey, then running at speeds of up to 40 miles per hour while attacking. Coyotes will often go straight for the kill, biting their preys’ necks and compressing their windpipes.

The first 15 seconds of the attack are said to be key, as any longer than that and the damage done to the pet’s head, body and throat will be too severe to survive.

In this particular incident, about five seconds passed between the start of the attack on the dog and when the coyote was scared off by the man.