Last week, his ex-wife Beverlely Turner spoke exclusively with the Daily Mail about regaining her sparkle after finding love with a man 14 years her junior.

And rowing champ James Cracknell, 47, was spotted in public for the first time since her announcement, as he emerged on the streets of west London on Friday.

The double Olympic gold medallist appeared keen to drown out his surroundings as he meandered along the upscale King’s Road donning a pair of wireless headphones. 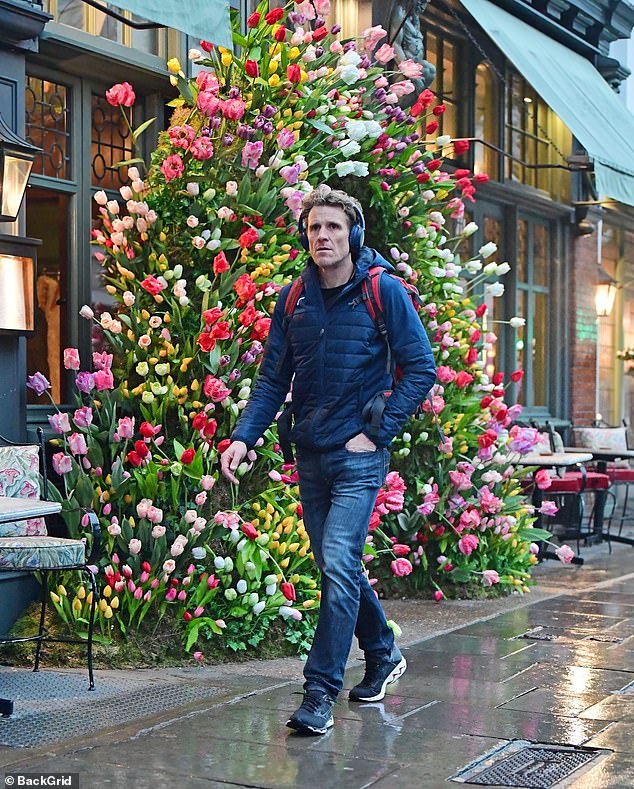 Solo stroll: James Cracknell, 47, was spotted enjoying a solo stroll on in west London on Friday

Cutting a casual figure in a black quilted coat, which he teamed with jeans and running shoes, the celebrated sportsman toted a backpack during his solo outing.

His excursion came days after his ex-wife Beverley, 46, revealed that she had found love with a eco-property developer James Pritchett, who, at 32, is 14 years her junior.

TV and radio broadcaster Beverley told the Daily Mail: ‘I had such judgement about age-gap relationships before this. I would look at an older man with a younger woman and roll my eyes, but now I can completely see what they were doing.’ 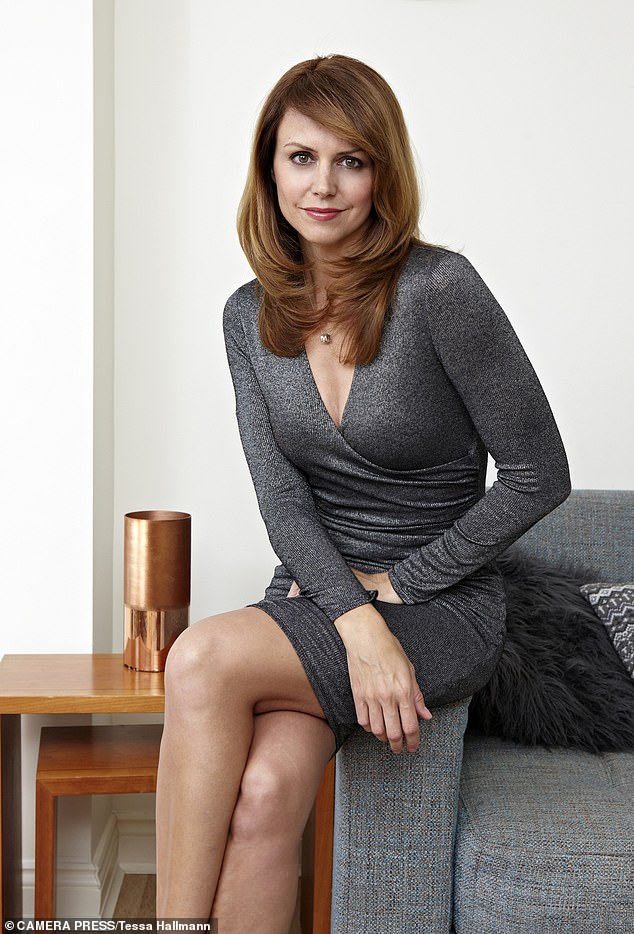 Moving on: His ex-wife Beverly Turner, 46, who was married to Olympian James for 17 years, recently revealed she’s in a new relationship with a man 14 years her junior

‘I cannot see any disadvantage to it. James P is 32 — a great age for a bloke,’ continued Beverley, before adding of youthful glow: ‘That’s what having a 32-year-old boyfriend does for you.’

Continuing to gush about her new lover’s qualities, she cooed: ‘He is full of empathy and kindness. He puts me first in a way that I am just not used to. He’s an amazing listener, thoughtful and generous with a lovely calmness.

‘He thinks I am wise and capable, which is lovely, and he is just the best company, whether we are sitting on the sofa, going for a walk or going out clubbing and getting drunk together.’

They were introduced through mutual acquaintances in 2018, after she and James had accepted their marriage was over, but months before it was publicly announced. 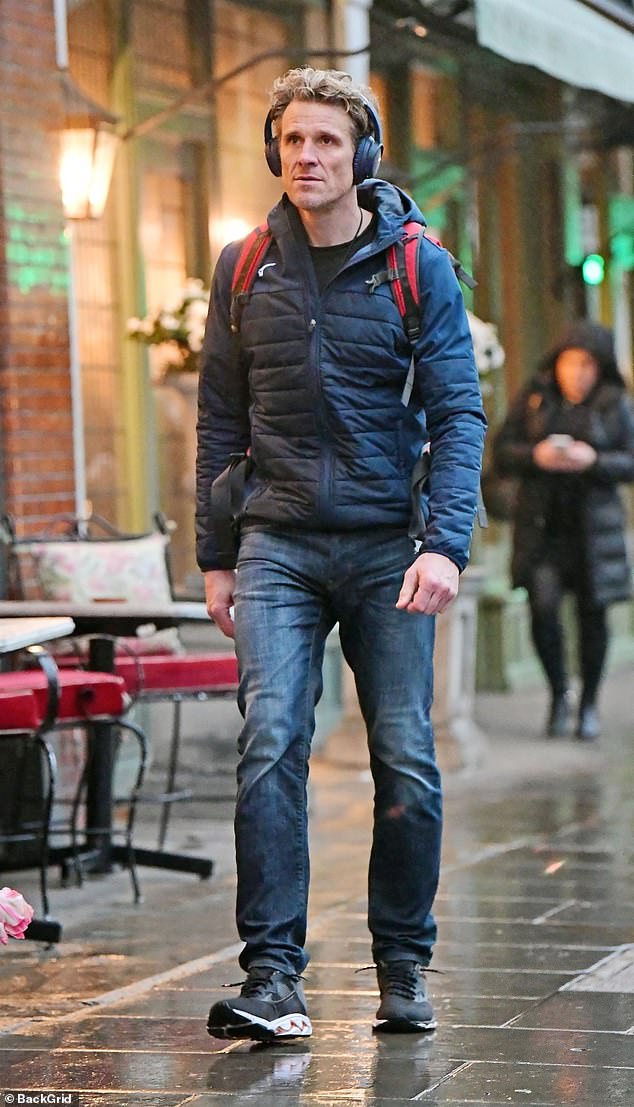 Tuned out: The double Olympic gold medallist appeared keen to drown out his surroundings as he meandered along the upscale King’s Road donning a pair of wireless headphones

‘I needed some help with a property we own in Devon,’ she recalled. ‘I had a planning permission issue and was talking to friends who said they knew someone who could help and gave me a number of a guy named James.

‘I spoke to him and thought, “You don’t sound like the hairy builder I was expecting to talk to,” and he came round and there was this very handsome young man on the doorstep.

‘I didn’t for a second think he’d be interested in me, and it turned out he was absolutely useless on the planning issue, but he just started helping me with some stuff that needed doing round the house.

‘It was after Christmas that I realised he was interested in me and, believe me, as a 46-year-old mother of three that comes as quite a shock. 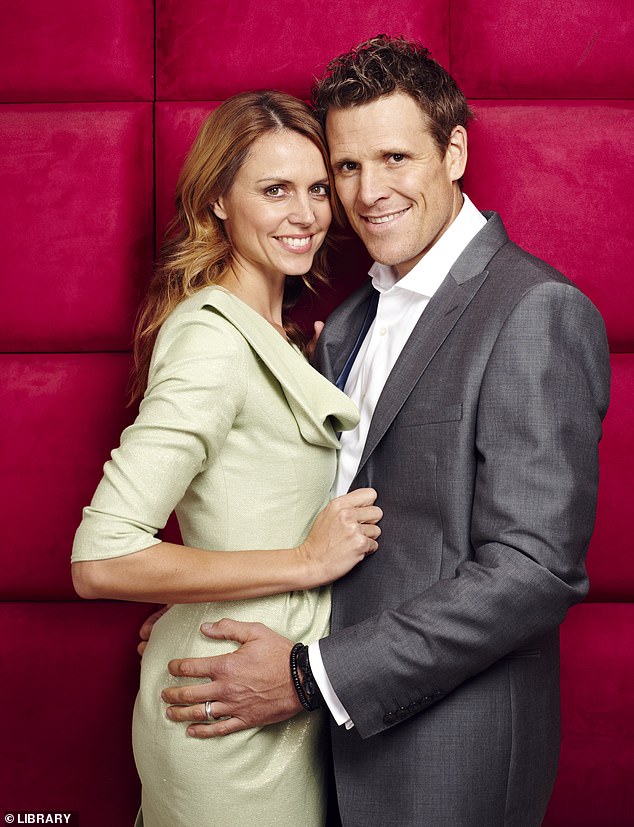 Changes: Beverly (pictured with James) said she became ‘much more maternal’, when James Cracknell suffered life-changing brain injuries due to a road accident ten years ago

‘He spoke to my son Croyde and said, “I think I would like to take your mummy on a date. Would you mind?” And Croyde said, “Yes, that would be really nice. I didn’t think I’d want anybody to go out with Mummy, but as it’s you…”

The Cracknells’ children Croyde, 16, Kiki, ten, and Trixie, eight, are thriving and get on well with both new partners. ‘It’s all very grown up,’ told the Daily Mail.

For his part, James has also moved on, embarking on a romantic relationship with attractive American blonde Jordan Connell, 34.

She insists he did not cheat on her. Though they had not yet officially split up, they had long talked about going their separate ways. 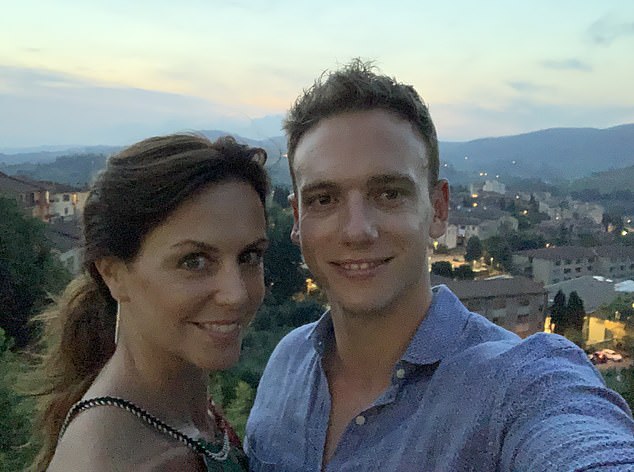 New romance: Beverley who admits to previously judging age-gap couples, is now in a relationship with eco property developer James Pritchett, 32 (pictured together)

‘I knew it would be inevitable because he was this handsome superstar in Cambridge. Our relationship had, effectively, been over for some time, and I was quite realistic that he was going to meet someone new,’ she said.

‘So I asked him, “I believe you are seeing someone?” and he just said, “Yes”. I replied, “OK, cool”, thinking “God, that was quick!” but then, actually, “Good for him.” There was this sense of “Thank God, he’s got someone to keep him company”.

‘James is not very good at being single. It sounds nuts when I say it, but I was genuinely pleased for him.’

Beverley said she’d even be delighted to see James happily remarried, explaining: ‘I met Jordan for the first time last year, just before James did Strictly, and we talked for two hours over coffee and I came away feeling as if a weight had been lifted. 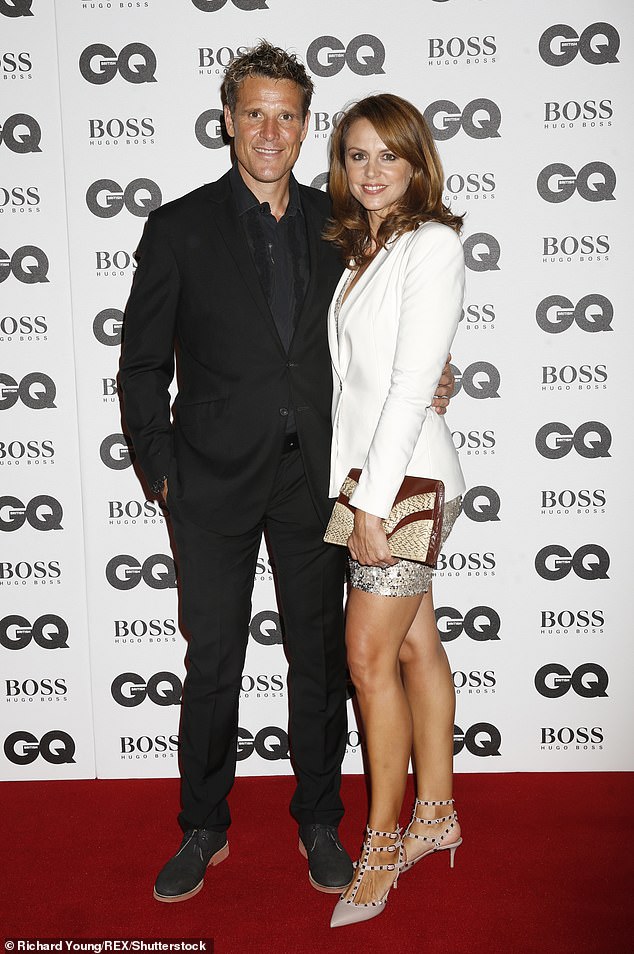 ‘I didn’t realise until then just how much I still worried about him, and I felt I could now hand the baton over to this lovely woman who was smart, capable and competent.

‘He is now her responsibility and I feel I can let go. If there’s ever another call to say James is in A&E, I’d be happy for her to go.’

The former couple announced they were divorcing last year. The decree absolute has yet to be granted.

Beverley had nursed James back to health after the horrific road accident ten years ago, which left him with life-changing brain injuries.

Hit by the wing mirror of a truck as he cycled across America — on one of his many sporting challenges — her husband, doctors warned Beverley, would be on ‘Planet James’ for a while because of damage to the frontal lobe of his brain. 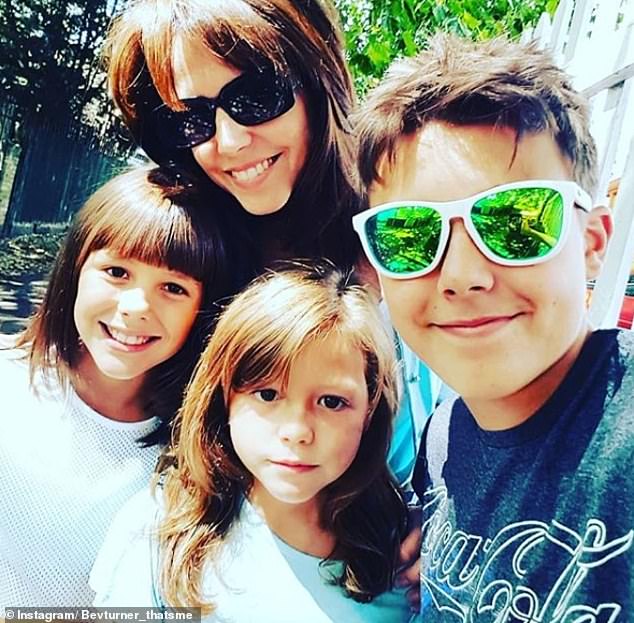 It was a devastating blow for the national hero who’d won gold twice rowing for Britain in the coxless fours — Sydney 2000 and Athens 2004 — and then gone on to row the Atlantic, and race to the South Pole.

Beverley admitted: ‘I had one husband for eight years and another husband for the next eight years. After the accident, he was not the man I married and it changed the whole dynamic.

‘I became much more maternal, which wasn’t healthy, and it brought out the worst in both of us. But I think we did a really good job of toughing it out for as long as we did,’ says Beverley, who was pregnant with their youngest daughter, Trixie, when James was injured.

‘Those first two or three years were truly terrible, with awful peaks and troughs, and it would have been so easy to leave James then, but I loved him enormously, our children were very young and I felt extremely sorry for him because the accident hadn’t been his fault.’

She added: ‘The sad thing is we were in a really good place before the accident, and I consider it one of our greatest achievements that we managed to struggle on for another eight years. We both have a lot to be proud of, but the odds were always against us.

‘When I married James, I thought we’d be together for ever, but the divorce statistics for elite sports people is around 75 per cent, and higher again for marriages affected by brain injury, so put those two together, what chance did we have?’ 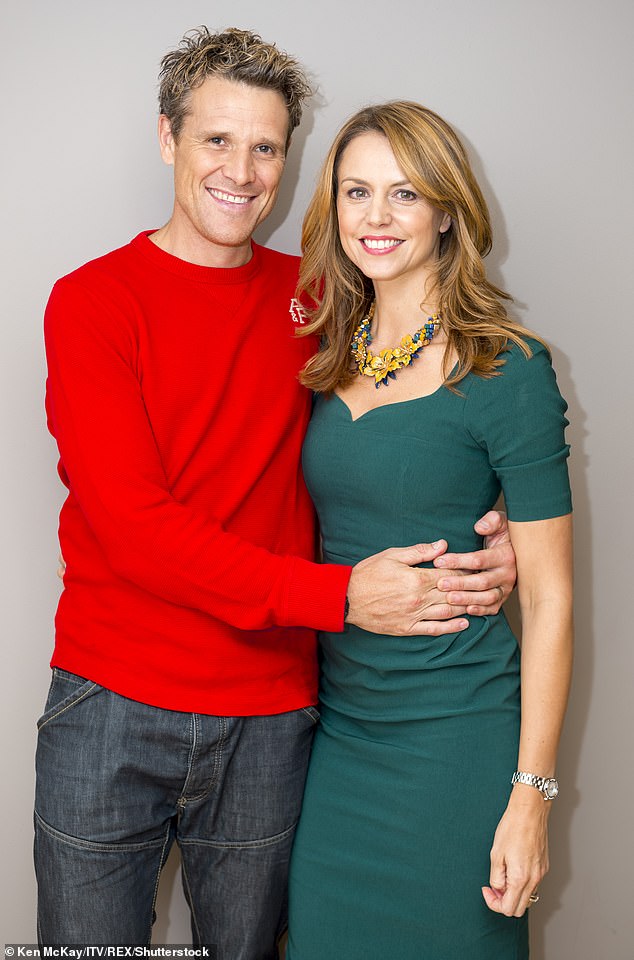 Primary caregiver: Broadcaster Beverly revealed that she has the children majority of the time