The proposed £4 billion restoration of parliament could be drastically scaled back, it has emerged.

The Palace of Westminster was due to undergo an extensive multi-billion-pound face-lift that would have seen MPs and lords temporarily move to a new building.

Members of Parliament were due to shift their offices to Richmond House, the former Whitehall home of the Department of Health, and the Lords to the nearby Queen Elizabeth II Centre by the mid-2020s.

The whole project scheduled for completion early in the following decade.

But that project is now under threat with Commons authorities considering a smaller one-year programme of renovations. 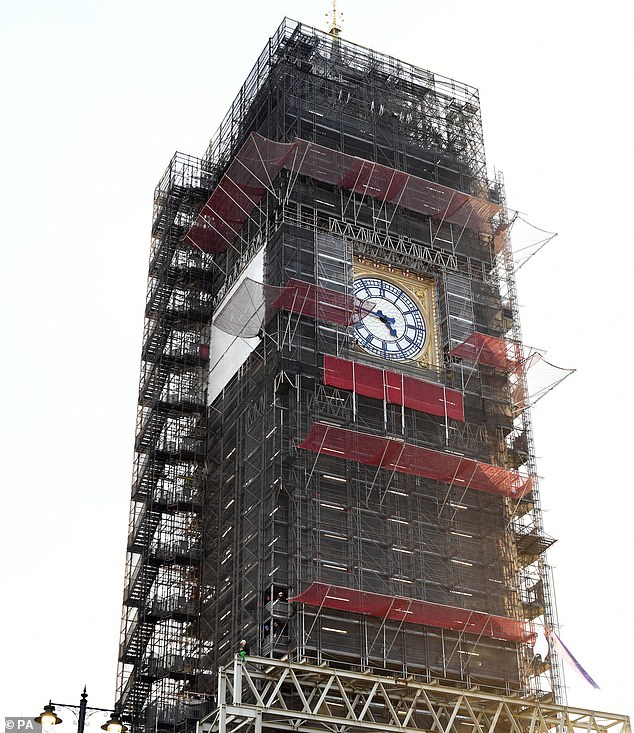 Elizabeth Tower which houses Big Ben at the Houses of Parliament which currently undergoing restoration. A further proposed £4 billion restoration of the Palace of Westminster could be scaled back

An alternative budget of less than £200 million has been drawn up for the revised small-scale work to be carried out on the Commons, according to the .

During this time MPs would reportedly relocate to the House of Lords while peers will be at the Queen Elizabeth II Centre.

The inside of Richmond House, which was due to be demolished to make way for a temporary chamber and offices for MPs, would be cancelled under these new proposals.

Theresa May’s government backed the ambitious renovation project, that was approved by MPs in a Commons vote in 2018.

MPs and peers passed motions to give the green light to the restoration work amid growing concerns over the safety of the Palace. 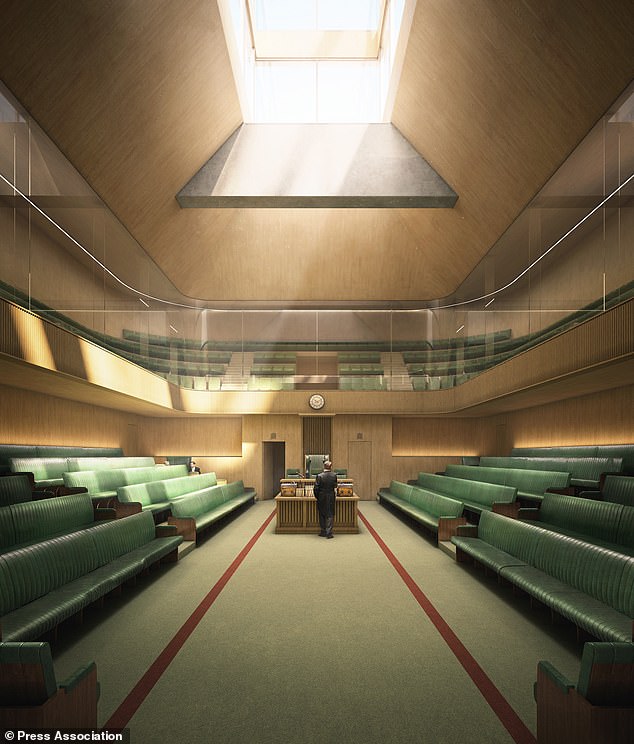 This massive overhaul was agreed as the Commons antiquated infrastructure was deemed a safety hazard.

Round-the-clock fire safety patrols are already in operation in Westminster to protect the historic Palace from the risk posed by deteriorating wiring, gas pipes and sewage.

Some 66 incidents with potential to cause a serious fire have been recorded since 2008 in the Palace, which was itself constructed after a blaze destroyed previous parliamentary buildings in 1834.

New Speaker Sir Lindsay Hoyle, Leader of the House Jacob Rees-Mogg, and Chief Whip Mark Spencer are said to be in favour of re-examining the the restoration project.

A source told the Times: ‘This looks like a last-gasp attempt by political opponents of the the project to reverse the decision of the House of Commons over two years ago.’

For every year of delay to the repairs it would cost an estimated £100 million, according to the consultation for the repairs.