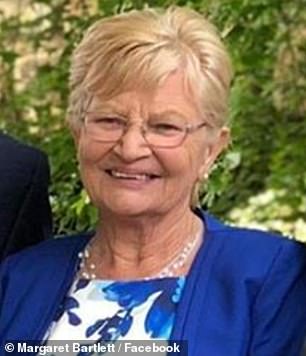 Margaret Bartlett, 77, is one of 142 UK holidaymakers left in limbo on the Grand Princess off the Californian coast, where 21 passengers have tested positive for the virus

Britain is the only country that won’t force passengers on a coronavirus-stricken cruise ship off the US into quarantine when they return home, it emerged today.

More than 142 UK holidaymakers are currently stranded on the Grand Princess in San Francisco after 21 passengers tested positive for the killer virus on board.

They have been confined to their cabins, some with no windows, for six days and left in limbo as they waited on news of a repatriation flight.

The UK Foreign Office announced this morning that a chartered plane would be sent for them on Tuesday night local time.

But the evacuated UK nationals will be free to make their own way home and will not be forcibly quarantined when they land, MailOnline understands.

Instead, they will be asked to self-isolate at home and told to only get in touch with the NHS if they fall ill – despite the fact infect patients are highly contagious a week before showing symptoms.

Hundreds of Americans that were on the Grand Princess have already disembarked and are being whisked off to quarantine in military bases scattered around the States. 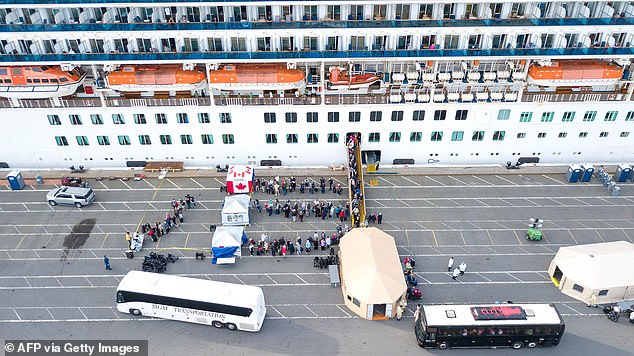 Canadian passengers disembark and line up behind tents denoted with the country’s flag on Monday after the 21 infected passengers were removed. Canadian citizens will be repatriated back home 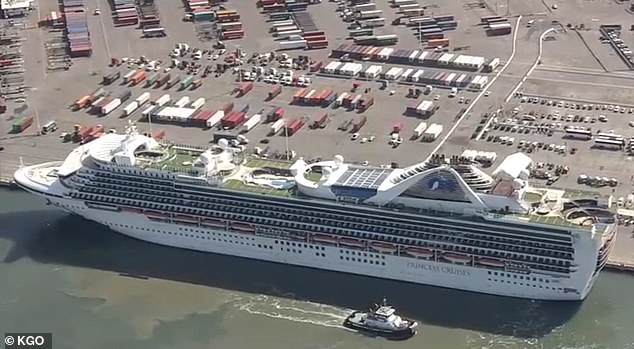 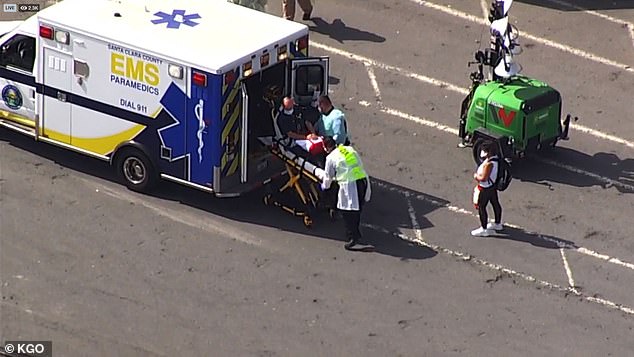 Canadians were also allowed off the ship yesterday and flown back home where quarantine measures are in place ready for them.

Cruises are perfect breeding grounds for the highly contagious virus which spreads via a simple cough or sneeze and can live on handrails and doorknobs for days.

There were more than 700 infections and six deaths on the Diamond Princess cruise ship which was quarantined off Japan in February.

Health officials in the US were keen not to have a repeat of the outbreak last month and ruled out quarantining the American ship.

Instead they drew up plans to evacuate everyone on board and fly them to their respective countries to be isolated and treated there.

The 142 Brits were among 3,500 passengers and crew from 50 different countries on the ship, which had been cruising around the Californian coast.

It arrived in San Francisco yesterday, where hundreds of American and Canadian passengers were allowed to disembark.

US passengers are being flown or bused from the port to military bases in California, Texas and Georgia for testing and a 14-day quarantine.

California residents will be sent to the Travis Air Force base in Fairfield or Marine Corps Air Station Miramar near San Diego.

Non-Californians will be flown to Joint Base San Antonio Lackland in Texas or Dobbins Air Force Base in Georgia. 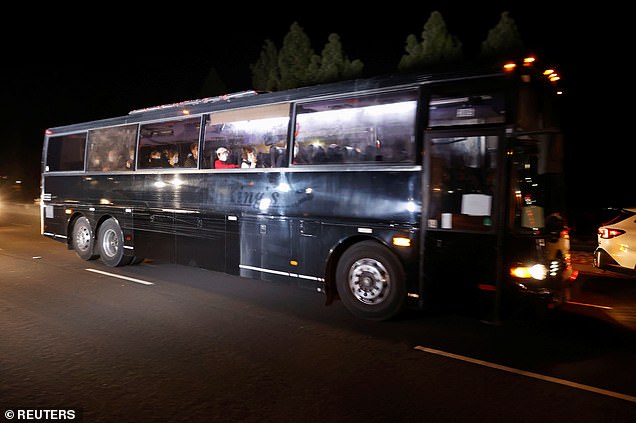 Hundreds of Americans have been taken off the Grand Princess cruise ship and driven to military bases around America to start two weeks of quarantine after a coronavirus outbreak on board. Pictured, a bus arrives at Travis Air Force Base 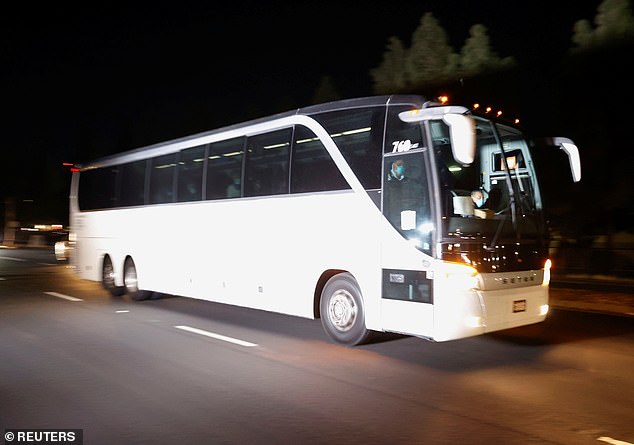 Some 1,500 people were evacuated from the ship on Monday, including two dozen people requiring urgent medical care. Pictured, a bus full of American passengers arrives at Travis Air Force Base in Fairfield, California 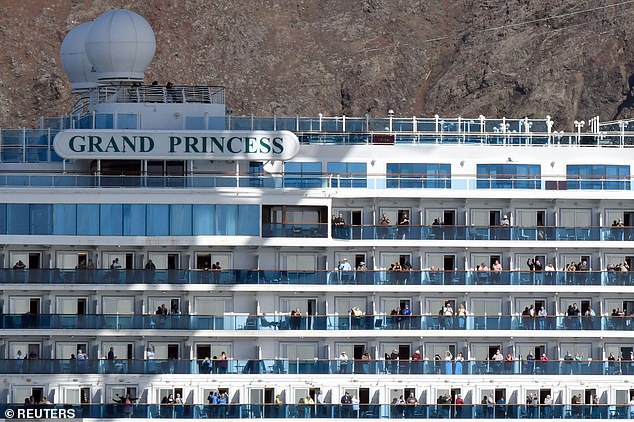 US authorities opted to evacuate the Grand Princess after efforts to quarantine passengers on board the Diamond Princess ship failed and led to 700 getting sick, along with six deaths 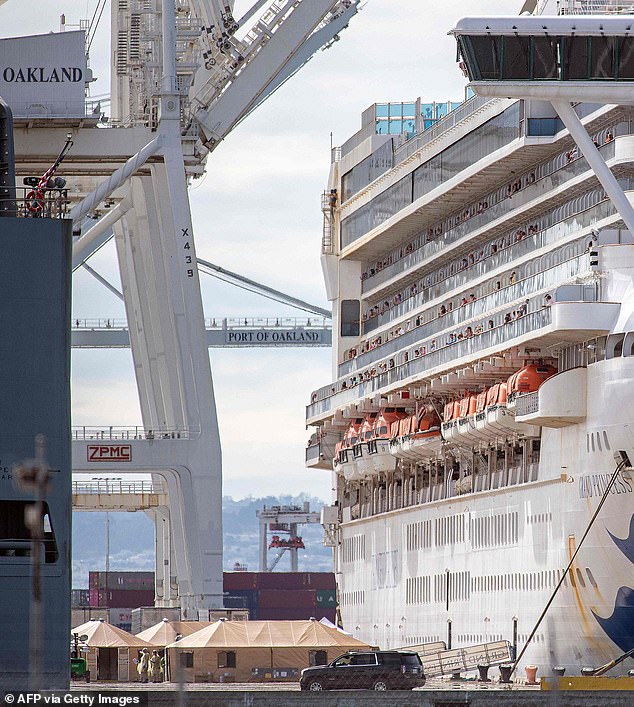 Around 2,000 passengers were left on board the ship overnight after Americans and Canadians were let off

Some 240 Canadians were loaded on specially-chartered evacuation flights home to start a quarantine of their own.

Around 2,000 people – including 142 Britons – were left on the ship overnight, anxiously waiting for disembarkation to restart on Tuesday morning for their chance to leave.

But UK nationals will have to wait until Tuesday evening local time (Wednesday morning in the UK) for a repatriation flight.

British passengers with symptoms won’t be allowed on the plane and will be taken to a hospital in San Francisco instead.

It is unclear where the evacuated will land but it is not thought to be RAF Brize Norton in Oxfordshire or Boscombe Down in Wiltshire, where previous repatriated Britons have been quarantined.

A British grandmother stuck on board said she was going ‘stir crazy’ and passengers were having to fight over ‘rotten food’.

Margaret Bartlett, 77, from Burnley, told the : ‘The food is rotten and terrible and we have to fight for it. It is not good enough.

‘We are going stir crazy stuck in the cabin. It is a bit depressing when we saw land and it was sunny and we couldn’t get out. We are hoping something will get done. It is terrible.’

Before the ship docked yesterday, Mrs Bartlett said she was ‘dreading’ being stuck on board as some Americans are taken off.

She told the BBC: ‘There is no reassurance that the ship is about to dock as I don’t think she is going to get off. My greatest fear is that they will be kept on that ship for two weeks.’

Mrs Bartlett’s daughter Lyndsey Vickers said she was ‘very worried’ about her mother after a passenger who was staying 10 cabins away from the grandmother died from the killer infection.