Dog owner Madeleine Fear has her work cut out as she prepares her adventurous, mud-loving bearded collie dog for Crufts.

Arran’s pampered and preened appearance is a far cry from the dishevelled state he was found in after he went missing in January.

The long-haired mutt’s disappearance led to an army of fellow bearded collies to descend on the location and help search for ‘one of their own.’ 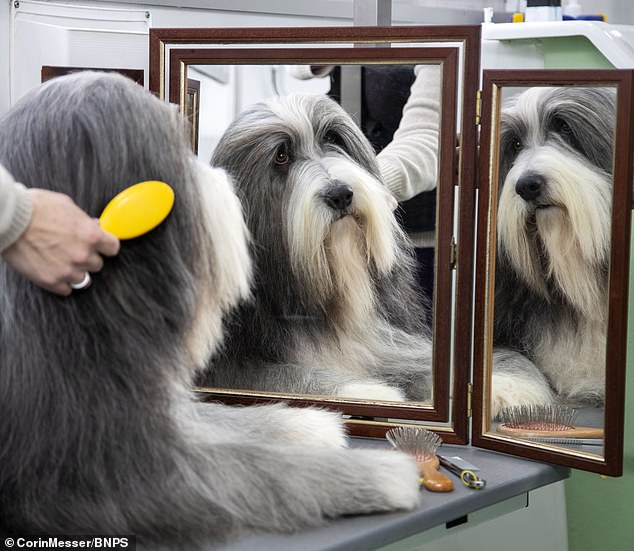 Madeleine hasn’t been able to stop Arran from rolling around in puddles and dirt while out for his walks.

So she is having to wash, blow-dry, brush and clip him on a daily basis as she gets him ready for his appearance at Crufts later this week. 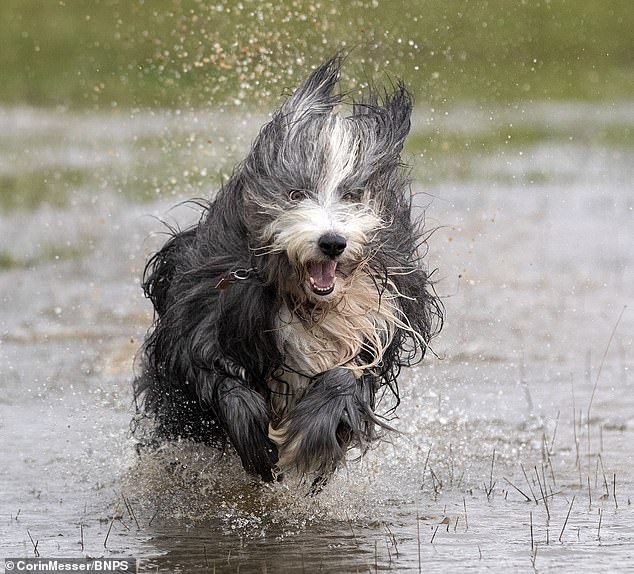 Arran, whose show name is Ceilmear Royal Marine, competes in dog shows throughout the year and qualified for Crufts in the postgraduate class at a championship show for bearded collies.

Despite all her hard work Madeleine is not expecting her now famous dog to take the top title. 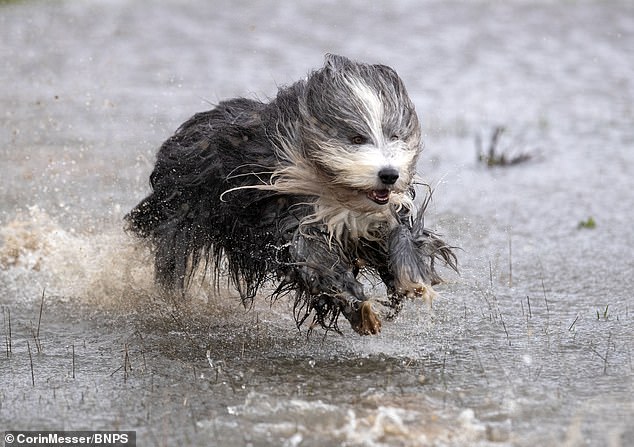 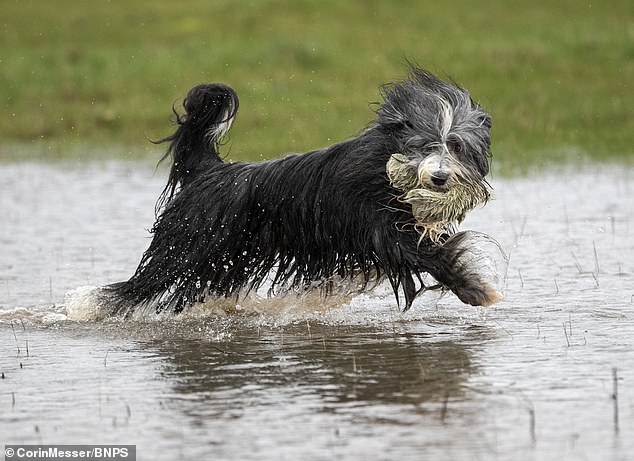 Intrepid Arran is happiest when running and playing in muddy puddles 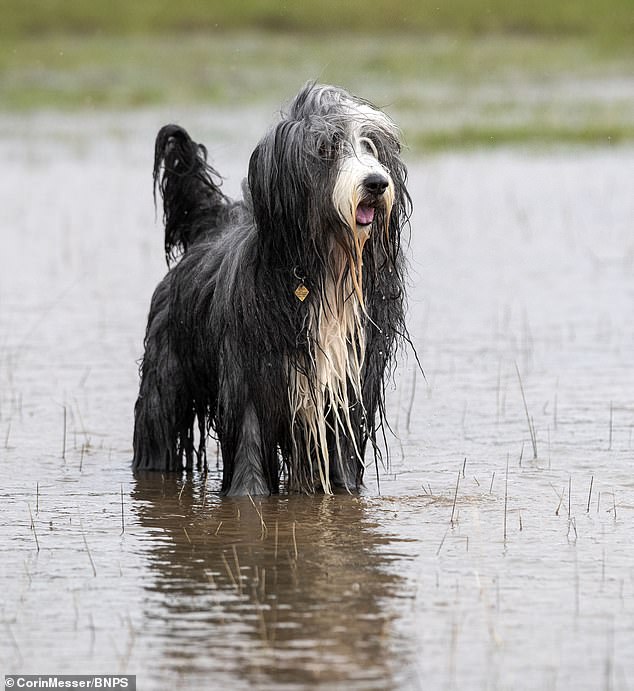 A bearded collie has only won Best In Show once in Crufts’ history, in 1989 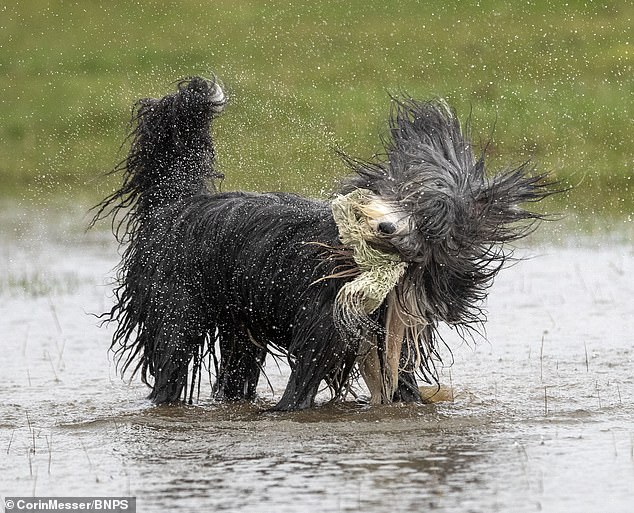 Bearded collies were originally bred as herding dogs in Scotland

A bearded collie has only won Best In Show once in Crufts’ history, in 1989 when Brenda White and her dog Potterdale Classic of Moonhill took the title.

She said: ‘Whenever we go to a show, it’s just an opportunity to see all our friends. The dogs really enjoy it too.

‘I loved Crufts ever since I was 12 years old and I remember watching it, desperate to go. 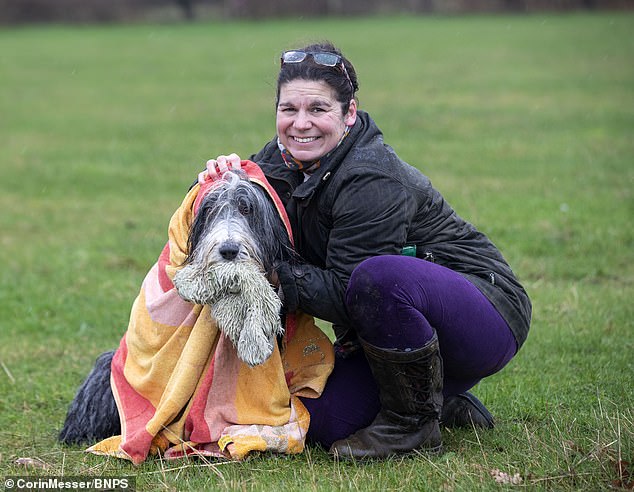 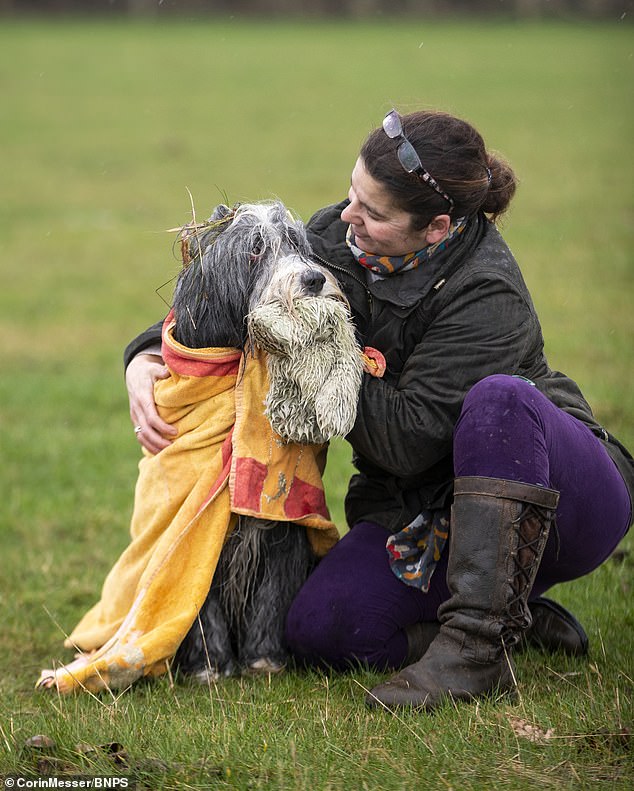 ‘That was the year Brenda White won Best in Show with a bearded collie, the only person to win overall with one.

‘I knew then I wanted a bearded collie and I got my first one, Ceilidh, the next year.

‘Brenda’s dog was Arran’s great-great-grandmother and I bred his mother and grandmother. Brenda was out looking for Arran with me when he went missing.

‘It’s such a strong community, one of the nicest breeds as you make life-long friends. 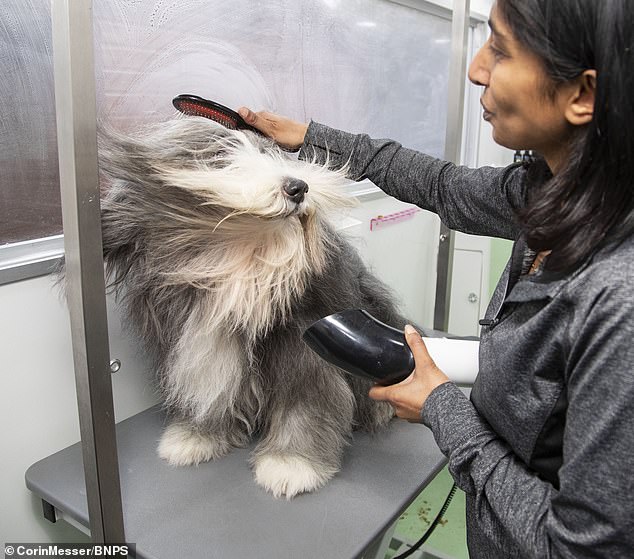 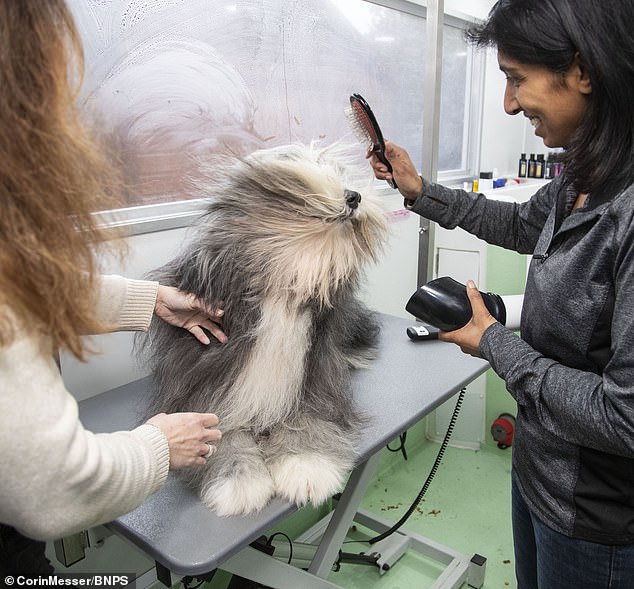 ‘Winning big at Crufts would be a lifetime ambition but I don’t think I’m there yet – I’m just enjoying the ride.’

Madeleine, 43, said: ‘Arran is a normal dog, showing only takes up about two per cent of his life.

‘Being a dog comes before any show. We don’t keep his coat too long because he likes running through hedgerows and he gets covered in horse poo. 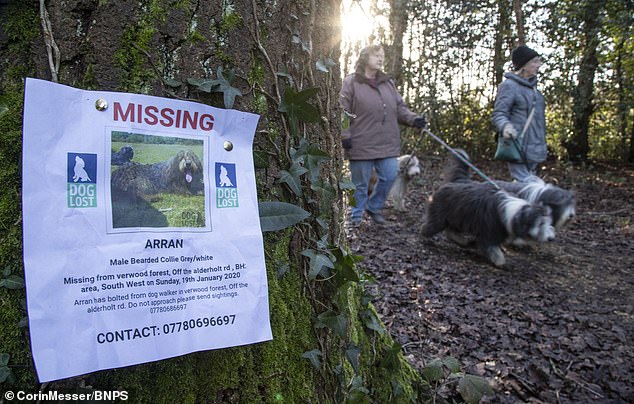 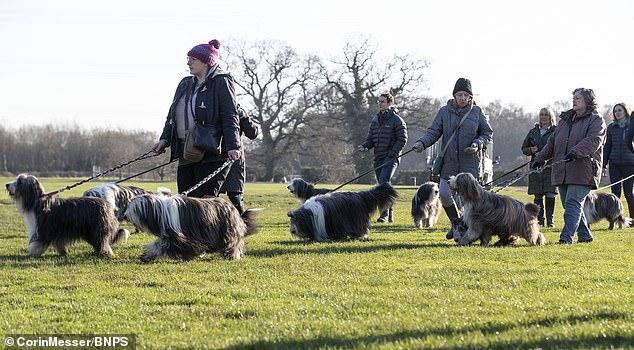 ‘We clip his feet and beard and keep his coat matte-free, but that’s just general grooming.

‘My dogs love it though, they fight to get up on the grooming table.’

When Arran ran off from a dog walker, Madeleine called on the tight-knit community of ‘beardie’ owners to help find him.

More than 40 beardie owners dropped what they were doing and travelled for miles to join the hunt.

Crufts runs from March 5 to 8, with the overall Best In Show category announced on Sunday.

Protesters clash with security forces in Basra for a...
Japan earthquake death toll 35 as thousands continue to sleep in shelters and in the airport
Best buys from Target’s fashion lines
Annalise Braakensiek, 45, flaunts her age-defying physique in a topless photo
Esther McVvey hits back at her critics on Twitter
Festive reveller ends up on railway platform after TWO failed bids to leap railings
People who count their steps with a pedometer still have the exercise bug four years later
Knifeman shot dead by police after rampage in Glasgow hotel is named as 'loner' Sudanese national