JetBlue has announced it will suspend change and cancellation fees for new flight bookings, amid growing fears about the coronavirus.

The waiver pertains to all flights booked between February 27 and March 11, for travel completed by June 1.

The carrier hopes the move will encourage cautious customers to continue making travel plans in the coming weeks, despite uncertainty about how severe the coronavirus threat will become.

JetBlue is the first airline to waive the change and cancellation fees for all flights to all destinations within the allocated time period – which may put pressure on other carriers to do the same.

However, JetBlue does not operate flights to Europe or Asia – the continents that have been hardest hit by the epidemic.

CDC officials told Americans on Tuesday to begin preparing for the coronavirus to spread within the country as outbreaks in , South Korea and Italy escalated, triggering concerns of a hit to global travel demand.

Delta, meanwhile, has also attempted to allay the anxieties of travelers, announcing that some of their flights to Italy are eligible for rescheduling. 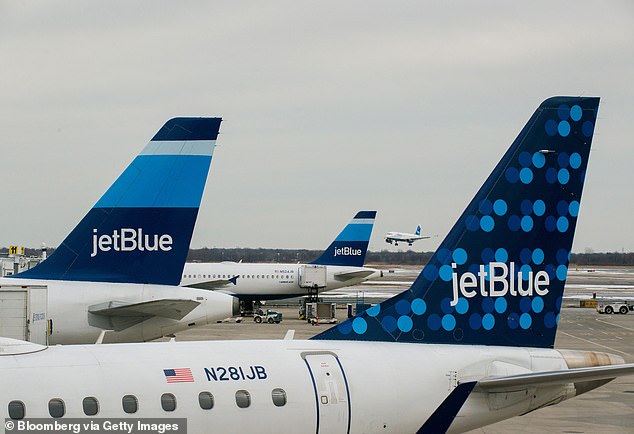 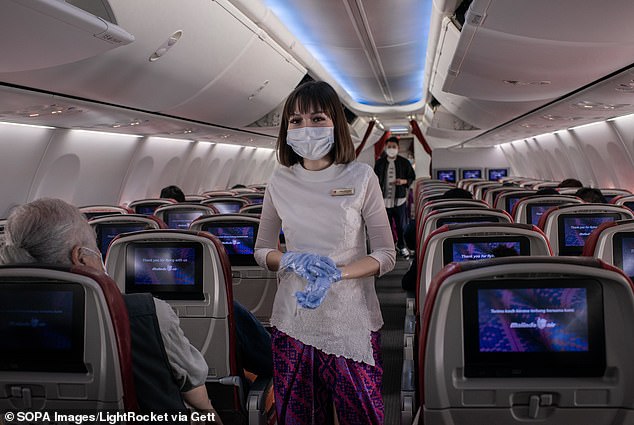 Reservations through March 2 on Delta flights to Bologna, Milan and Venice can be re-booked.

Delta said it will suspend flights between Seoul and Minneapolis after Saturday and running through April 30. Delta also said it will reduce flights from Seoul to Atlanta, Detroit and Seattle to five times a week. The airline said last fall that it was operating about 28 flights per week on those routes.

The Atlanta-based airline, the world´s largest by revenue, will also delay the start of new flights between Seoul´s Incheon Airport and Manila. Instead of beginning March 29, the launch has been pushed back to May 1.

Delta, United Airlines and American Airlines have already suspended all flights to and from mainland China and Hong Kong. United said this week that demand for service to China had disappeared, and that March bookings for flights elsewhere in the Asia-Pacific region had plummeted 75% since the outbreak. 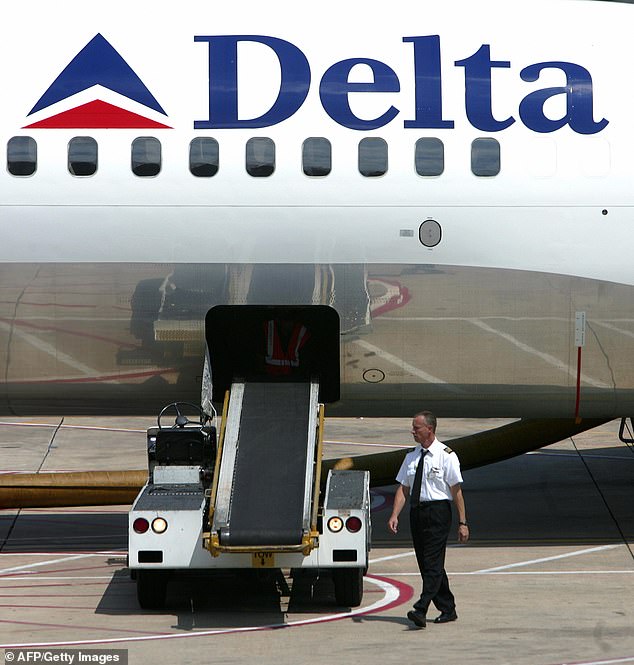 A Delta pilot is seen in a file photo. Delta Air Lines said that reservations through March 2 on flights to northern Italy, where virus cases have climbed, are eligible for rescheduling.

On Wednesday, Delta will reduce flights to South Korea as concern rises about the spread of the new virus beyond China.

Hyatt Hotels also said it would allow travelers from South Korea, Japan and Italy to cancel or change their hotel bookings for free, expanding the policy from mainland China, Hong Kong, Macau and Taiwan.

The cancellations or booking changes at Hyatt are valid for reservations made through March 31, the U.S. hotel operator said on its official Chinese social media account on WeChat. 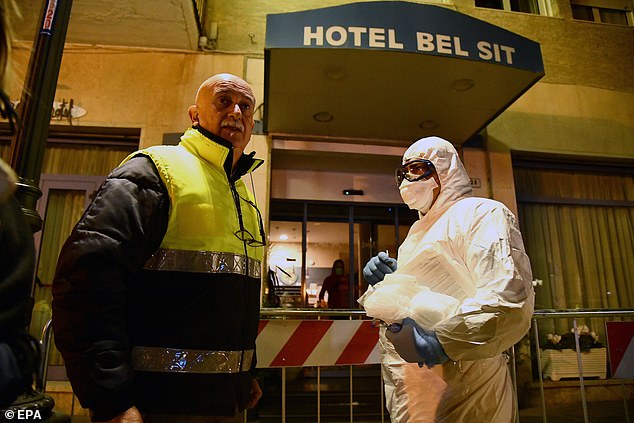 So far U.S. airlines have only canceled flights to China, a move that followed the U.S. State Department’s decision to elevate a travel advisory to the country to the same level as Afghanistan and Iraq.

American Airlines shares dropped 9.3% to $23.12 on Tuesday, below their price after the company emerged from Chapter 11 bankruptcy in 2013.

Cowen analyst Helane Becker said the impacts extended to car rental companies as well as concessions and restaurants in airports and on cruise lines.

‘It’s not just the airlines that are being impacted by people making different travel plans,’ she said. 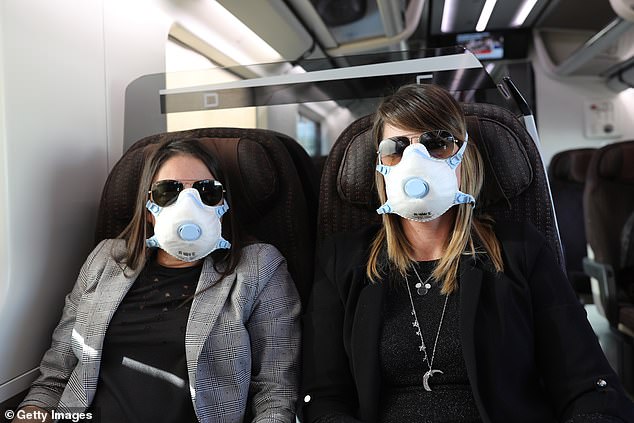 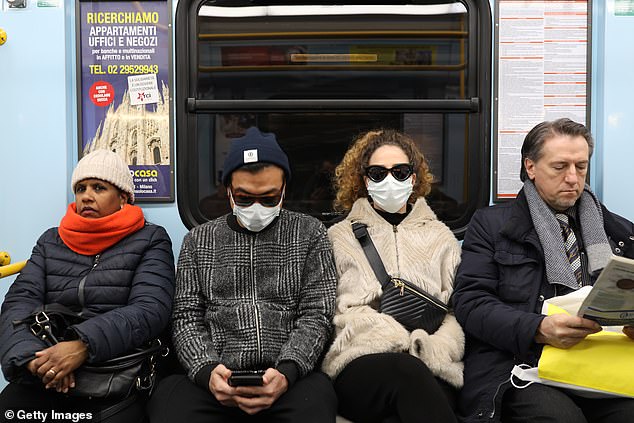 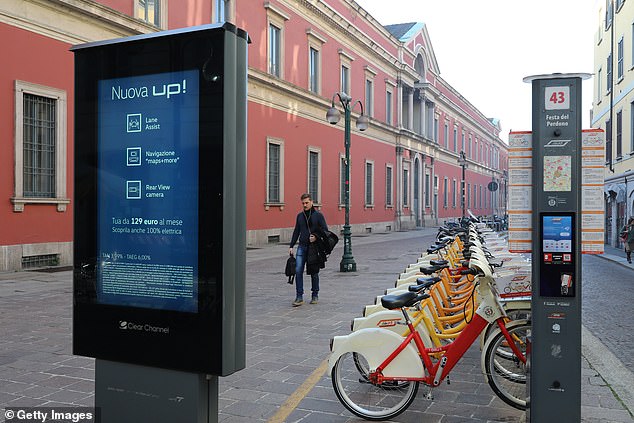 Via Festa del Perdono, usually full of hundreds of university students, is seen empty in front of the main university building of the University degli Studi on Wednesday in Milan, Italy

Royal Caribbean Cruises said it has canceled 30 sailings in Southeast Asia and changed several itineraries in the region due to the coronavirus outbreak, hitting its 2020 earnings per share by about $0.90.

The hotel chains did not immediately respond to requests for comment if they were extending the waiver to South Korea, Japan and Italy as well.

Even travel companies without exposure to Europe and Asia were keeping an eye on developments.

JetBlue, which only flies in the United States, the Caribbean and Latin America, said on Tuesday it had activated its pandemic response team to monitor the situation in real time.

The team was last called on for the Zika virus outbreak in 2016, a spokesman said.