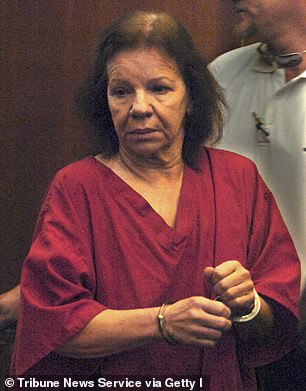 Carmen Barahona, 69, appearing in court in 2011. She pleaded guilty to her adoptive daughter’s murder on Friday in a plea deal

A woman pleaded guilty Friday in the torture death of her adopted 10-year-old daughter nine years ago in a deal handing her a life prison sentence in exchange for testimony against her husband.

The girl’s body was found on February 14, 2011, soaked with chemicals and decomposing in the back of her father’s pesticide truck along Interstate 95 in Palm Beach County.

The father, Jorge Barahona, 62, faces the death penalty if convicted in the girl’s death.

Her twin brother, Victor, was also doused with chemicals but recovered and later told investigators about severe abuse in their Miami-area home.

Miami-Dade State Attorney Katherine Fernandez Rundle said in a statement Friday that sentencing for Carmen Barahona will be deferred until she testifies against her husband as the agreement requires.

‘By allowing her to enter her guilty plea today and assist in the prosecution of her husband, we are one step closer to helping the surviving child victim in this case see justice prevail for him and his deceased twin sister, Nubia,’ Rundle said.

‘If she fails in this requirement, she will be facing a sentencing hearing before a jury.’

The trial of Jorge Barahona is currently scheduled to begin in April. He has pleaded not guilty. 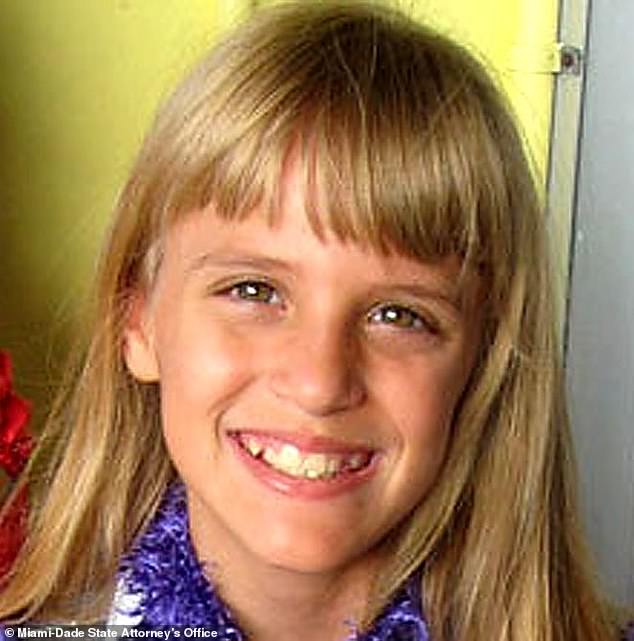 Nubia Barahona, 10, died after her adopted parents allegedly tortured her and her twin brother 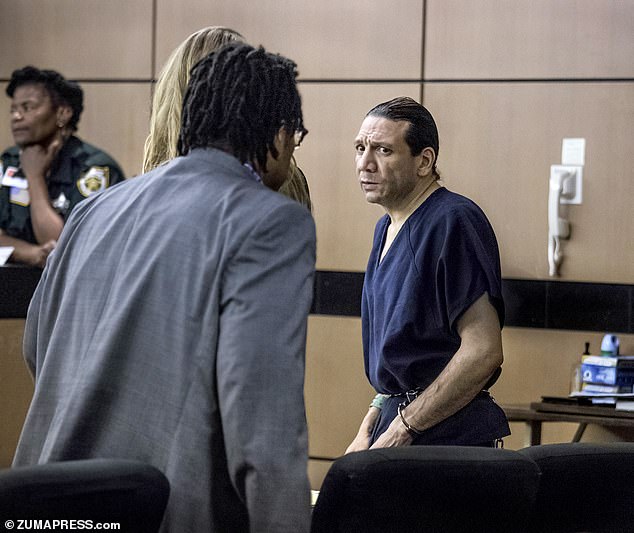 Jorge Barahona looks at his attorneys Mattie Fore and James Snowden during his hearing before Circuit Judge Sandra McSorely in September 2014. He faces the death penalty

The case roiled the Florida Department of Children & Families because, despite numerous complaints about abuse of the twins, little was ever done.

Police found Nubia’s badly burned body wrapped in a plastic bag in the back of a truck just off the I-95 highway in West Palm Beach on February 14, 2011.

Her brother Victor was in the front next to his adoptive father, who was passed out. Victor had broken bones and was badly burned after being doused in acid.

An autopsy later showed that Nubia had been punched to death and both had been covered in toxic chemicals.

The couple are also accused of tying up and imprisoning the twins in a darkened bathroom bath for days on end.

Prosecutors say they used to beat them, put them in garbage cans, starve them and torture them with weapons including a shoe, a broom and a whip.

On at least one occasion they allegedly placed a bag over Victor’s head until he blacked out.

Victor also claimed that Jorge glued his eyes shut on a separate occasion. 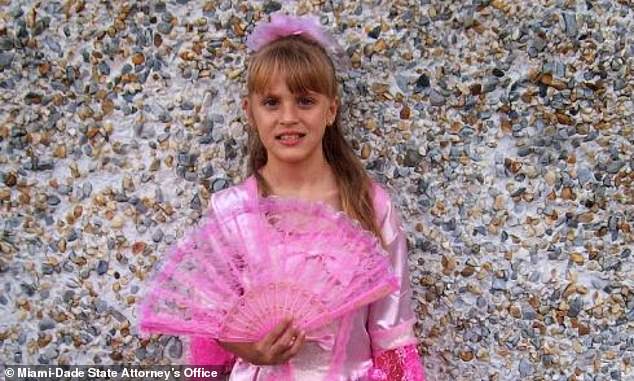 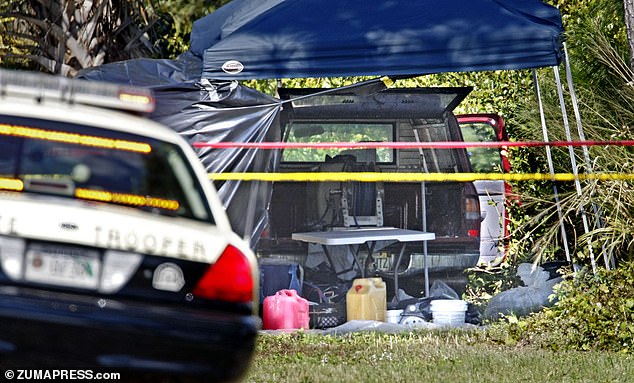 Jorge Barahona truck sits alongside I-95 as authorities continued to investigate the scene where he was found with his acid-splashed adopted son Victor in the front seat and the acid-soaked corpse of his adopted daughter Nubia in the truck bed on February 14, 2011 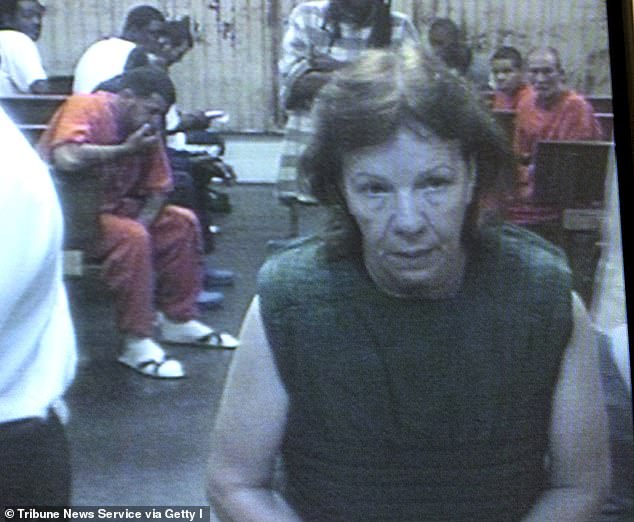 Carmen Barahona made a plea deal on Friday to testify against her husband in exchange for a life sentence for the starvation, torture and murder of her adopted daughter Nubia in 2011

At trial in 2011, prosecutors said: ‘On February 11, 2001, in the presence of Victor, Jorge Barahona removed Nubia from the bathtub while her hands were still bound and took her to the bedroom.

‘Co-defendant Jorge Barahona repeatedly punched and beat Nubia about her body while she screamed and cried until she was dead.’

When the couple was first charged with first-degree murder, child neglect, aggravated child abuse and torture in March 2011, they both pleaded not guilty.

The father has claimed that his daughter’s death was due to her failure to take her medication and that he was passed out in the van because he doused himself with gasoline in a failed suicide attempt which must have also sprayed his son.

Police established that it was acid not gasoline that caused Victor’s burns.

Jorge Barahona was placed in a suicide jacket during some court appearances. 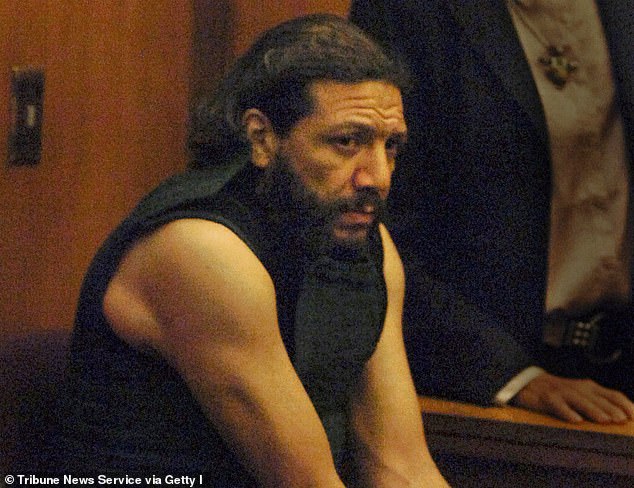 Carmen will testify against her husband Jorge Barahona, pictured here in 2011, who faces the death penalty if he is found guilty of their daughter’s murder by beating her to death

The case put a spotlight on Florida’s Department of Children and Families, whose social workers failed to act despite repeated warnings and concerns from worried teachers and relatives about the twins’ welfare.

The Barahonas first fostered the twins in 2004 after they were removed from their biological parents. Their mother was a drug addict and alcoholic, and their father had been accused of sexually abusing another child.

In 2009, the courts allowed the Barahonas to adopt the children, even though they had an aunt and uncle in Texas who were keen to raise Nubia and Victor themselves.

Between 2006 and 2010, employees at the twins’ school Blue Lakes Elementary had also called the Florida child-abuse hotline to file their concerns about Nubia and her welfare at home.

None of these complaints were provided to the psychologist who decided that the couple were fit to adopt the twins.

The couple had also adopted two other younger children before Nubia’s death.

After the alleged abuse was uncovered, one social worker, Andrea Fleary, was fired because she received warnings the children could be in danger four days before Nubia was found – but did nothing because she didn’t work at weekends.

Fleary was already on notice for poor performance, and was criticized by an independent investigation panel for having failed to assess the children’s welfare.

Months after the killing, DCF announced it would spend more money to recruit and train investigators, reduce caseloads for child investigators and provide more staffing and resources to a child abuse hotline.

Eventually, the state paid Victor Barahona and his younger brother and sister a $5 million settlement for enduring the horrors in their adoptive family home.

The settlement was finally made in full in 2017 when Victor was 16.

‘They are scarred for life, but they will have the financial resources they need,’ said Neal Roth, a Coral Gables attorney who represented the children.

‘It means that their futures are financially secured.’