Prince Harry and Meghan Markle have been banned from using the ‘Sussex Royal’ brand in their new life outside the Family, their spokeswoman confirmed tonight.

The word ‘royal’ will be blacklisted from the couple’s future ventures once they officially quit front-line duties next month.

It will come as a blow to the Duke and Duchess, who had hoped to bolster their planned charitable foundation with the royal trademark.

But, amid fears they could parade their royalty to net lucrative commercial deals,  keeping the label was ruled by the Palace as untenable. 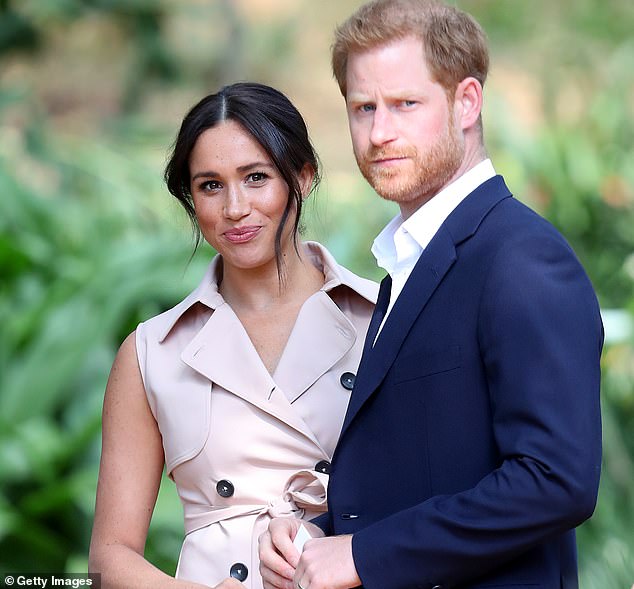 Prince Harry and Meghan Markle will no longer use their Sussex Royal brand, their spokeswoman confirmed tonight 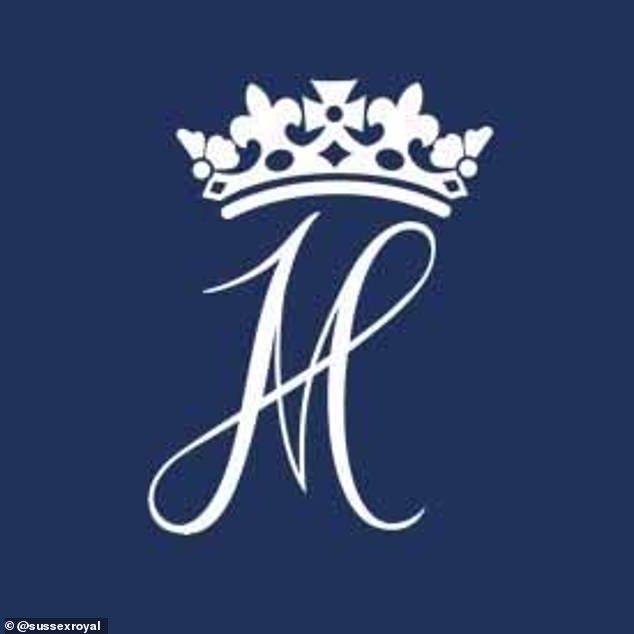 While the Duke and Duchess plan to champion a charitable foundation, it was feared they could exploit the royal brand to secure lucrative commercial deals (Sussex Royal logo pictured)

Harry and Meghan have spent tens of thousands of pounds on a new Sussex Royal website, sussexroyal.com, to complement their hugely popular Instagram feed. It has now been made clear that they will need to ‘re-brand’

‘The Duke and Duchess of Sussex do not intend to use ‘SussexRoyal’ in any territory post Spring 2020.’

Harry and Meghan have spent tens of thousands of pounds on a new Sussex Royal website to complement their hugely popular Instagram feed.

They have also sought to register Sussex Royal as a global trademark for a range of items and activities, including clothing, stationery, books and teaching materials.

Harry and Meghan first began using the Sussex Royal branding this time last year, after they split their household from that of the Duke and Duchess of Cambridge – known as Kensington Royal.

The Sussexes’ Instagram page, @sussexroyal, has amassed 11.2million followers – the same number of fans as William and Kate’s account.

It was a natural progression, therefore, for Harry and Meghan to use the moniker for their new charitable foundation, due to be launched this year with the support of Buckingham Palace. 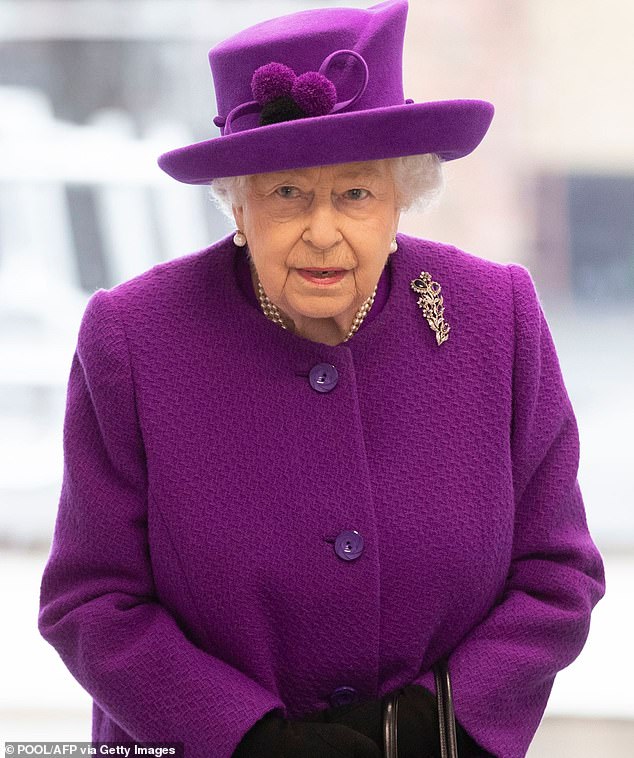 Amid fears the couple could parade their royalty to net lucrative commercial deals, keeping the label was ruled by the Queen (pictured) as untenable

And as they secretly prepared for a new life in Canada, it was clear that Sussex Royal was at the forefront of Harry and Meghan’s plans.

Dozens of trademark applications were made for everything from bandanas to notebooks – although sources have always stressed that these were preventative measures to protect the trademark from others, and never intended for commercial use.

The couple also privately commissioned a new website. It went live last month to coincide with their bombshell announcement, with the introduction: ‘Welcome to the Sussex Royal community, your source for information on the Duke and Duchess of Sussex.’

The couple said on Wednesday that their lives as working royals will end on March 31 when they stop representing the Queen and become financially independent. 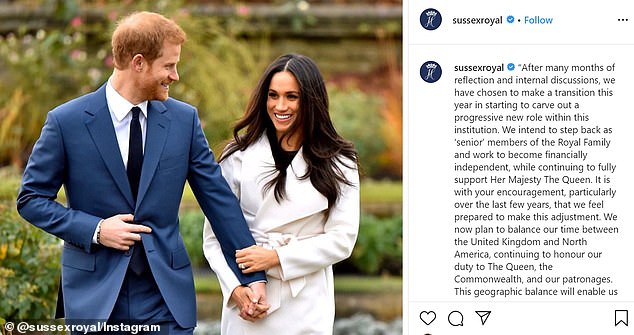 Harry and Meghan will uproot to Canada and have been given licence to make money in their new pared-back roles.

This month they were keynote speakers at a star-studded JP Morgan conference which wealth experts believe could have fetched them up to $1million.

But sources have stressed the couple ‘will be in the United Kingdom regularly’ and retain the same charitable goals supporting causes from the Commonwealth to mental health.

Harry and Meghan’s future relationship with the Family is still being fine-tuned, and is subject to a review in spring 2021.

The Duke and Duchess will attend the Commonwealth Day service at Westminster Abbey on March 9, likely to be their last official appearance as working members of the monarchy, with the Queen and other senior royals.

The event is normally attended by the Prince of Wales, Duchess of Cornwall and Duke and Duchess of Cambridge and is a major engagement in Her Majesty’s calendar. 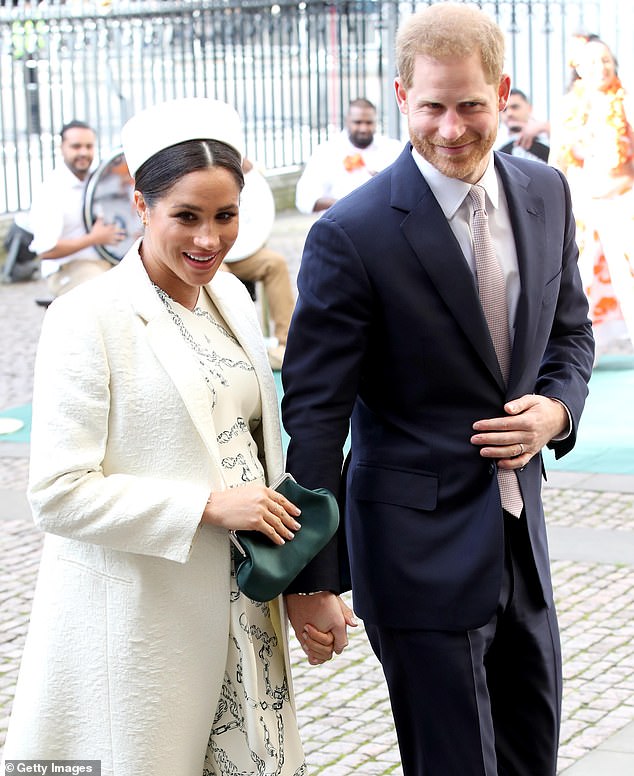 Sophie Turner flashes main underboob as she enjoys PDA with boyfriend Joe Jonas in Miami
Princess Beatrice takes an UBER as she touches down in LA looking chic
Man in hospital after stabbing near Kew Gardens
Family launch frantic appeal to find missing man, 22
MPs reject EVERY Brexit alternative as they vote down all eight different proposals
Boy, 17, is paralysed from neck down when his pet dog pulls cushion from under him
Iran says case open on ex-FBI agent missing there on CIA job
Drunken mother and daughter on easyJet flight from Manchester sparked a mid-air 'riot'