will today mock his Labour critics and tell them he is the party’s only living former leader to have won a general election since it was established 120 years ago.

Mr Blair will deliver a speech this morning to mark the creation of the Labour Party and he will use it to criticise the current state of the political vehicle which he led to three election victories.

He will admit his advice is not ‘particularly welcome’ in the current version of the party.

But he will warn the three leadership candidates battling to replace that they must listen to him if Labour is to return to power.

He will also attack Mr Corbyn for advocating policies which are ‘hopelessly out of date’ and not suitable for addressing the problems of the 21st Century.

His comments come just days before voting in the final stage of the Labour leadership race is due to begin with Sir Keir Starmer, Rebecca Long-Bailey and Lisa Nandy braced for a showdown in a ballot of party members. 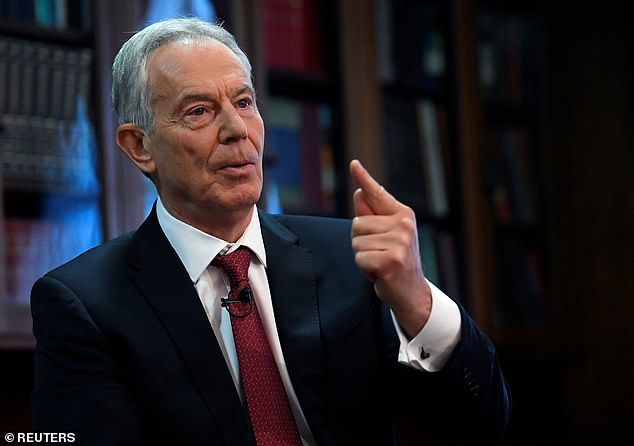 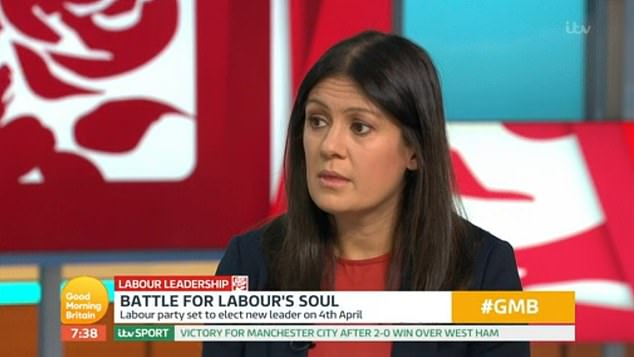 Mr Blair will today call for Labour to undergo a ‘head-to-toe renewal’ and embrace a ‘radical’ new mandate to help it win power within the next decade.

The 66-year-old, who won three elections for the party between 1997 and 2005, is expected to tell a central London audience: ‘I thought hard about taking stock on the Labour Party’s 120th anniversary – it’s not as if my advice is particularly welcome to today’s party.

‘But then it occurred to me that there are only two people born in the last 120 years who have actually won an election for Labour. And alas Harold Wilson is long gone.

‘Out of 120 years, Labour has been in power for just over 30 of them. That is a stark statistic.

‘We now have another Tory Government for five years, and possibly for 10.

‘Were that to happen, Labour would have been in office less than a quarter of its existence.’

Voting in the Labour leadership contest will begin on Monday and will close on April 2 with a winner announced on April 4.

The contest was triggered after Jeremy Corbyn led the party in December to its worst set of general election results since the 1930s and immediately set out his intention to quit.

Mr Blair will warn that whoever takes over from Mr Corbyn must ditch the party’s current policy agenda.

‘The problem is that we have defined radical politics by a policy agenda which is hopelessly out of date, with “moderate” politics being just a milder version of it,’ he is expected to say.

‘We must redefine what radical means. We’re living through a technology revolution which is the 21st century equivalent of the 19th century Industrial Revolution.

‘It will change everything and therefore everything should change including radical reorientation of government.

‘This is the context in which we tackle inequality, promote social justice and redistribute power.’

All three leadership challengers have been reluctant to praise Mr Blair’s leadership of the party despite his electoral success. 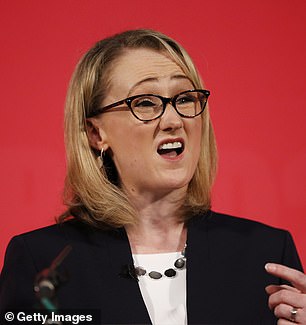 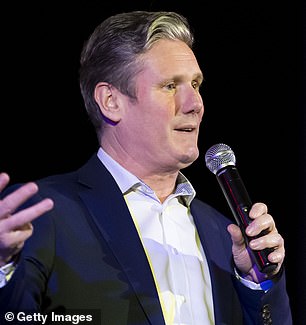 Today Ms Nandy refused to name him as one of the party’s greatest ever leaders.

Asked the question on ITV’s Good Morning Britain programme, she said: ‘I think in all honesty there have been a lot. So Attlee is the one that we always talk about.

‘Barbara Castle was the great leader that never was and if she had been a man I am sure she would have become leader of the Labour party.’

When it was pointed out to Ms Nandy that she had made no mention of Mr Blair she said that she had become an MP ‘partly out of frustration’ with New Labour.

Emmerdale fans threaten to BOYCOTT International Women's Day Special
Alana Cutland was hallucinating on prescription drugs when she plunged to her death in Madagascar
The mineral missing from your diet that's causing you to put on weight - and how to know
Boris Johnson aide rebuked after handing PM coffee in a disposable cup
The facemask that could spot the killer coronavirus
Bob Geldof on why the time is right for a new Boomtown Rats album
Lord Bath of Longleat Alexander Thynn dies at 87 after getting coronavirus
Six Harvey Weinstein accusers file opposition to $18.9million New York settlement