addressed her struggles with mental health on social media in the months leading up to her death.

The former- host was discovered dead on Saturday morning, reportedly by her father, having killed herself at her apartment.

Yet the star – who died age 40 – had admitted in recent months that she had been feeling ‘weird’ and revealed ‘when I actually reached out to someone they said I was draining’. 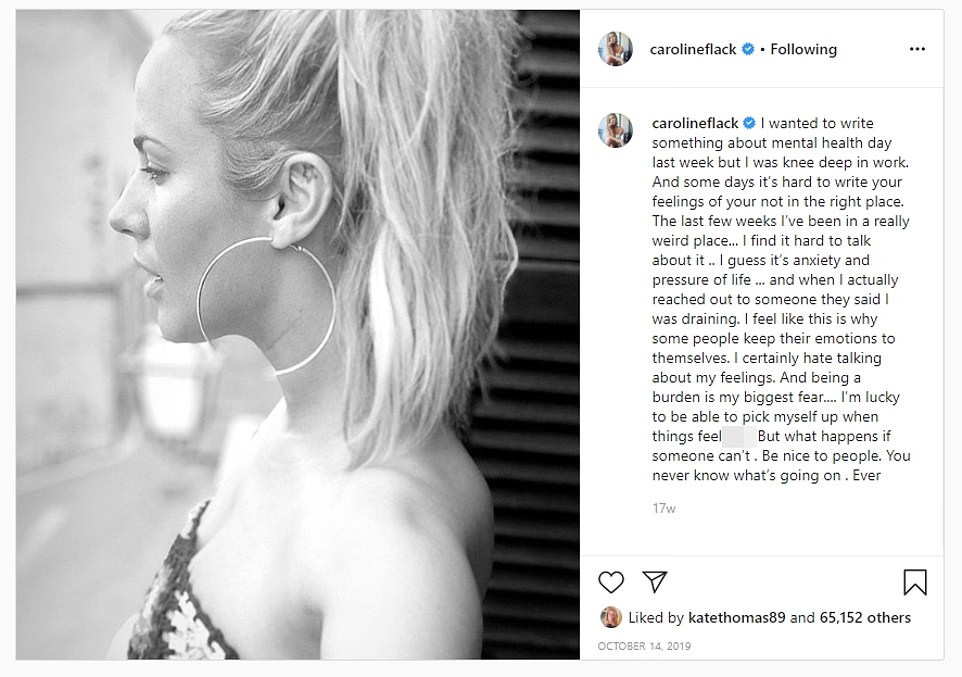 In an Instagram post she uploaded on 14  October 2019, Caroline captioned a photo of herself: ‘I wanted to write something about mental health day last week but I was knee deep in work. And some days it’s hard to write your feelings of your not in the right place.

‘The last few weeks I’ve been in a really weird place… I find it hard to talk about it… I guess it’s anxiety and pressure of life… and when I actually reached out to someone they said I was draining.

‘I feel like this is why some people keep their emotions to themselves. I certainly hate talking about my feelings. And being a burden is my biggest fear…

‘I’m lucky to be able to pick myself up when things feel s**t. But what happens if someone can’t. Be nice to people. You never know what’s going on. Ever.’ [sic] 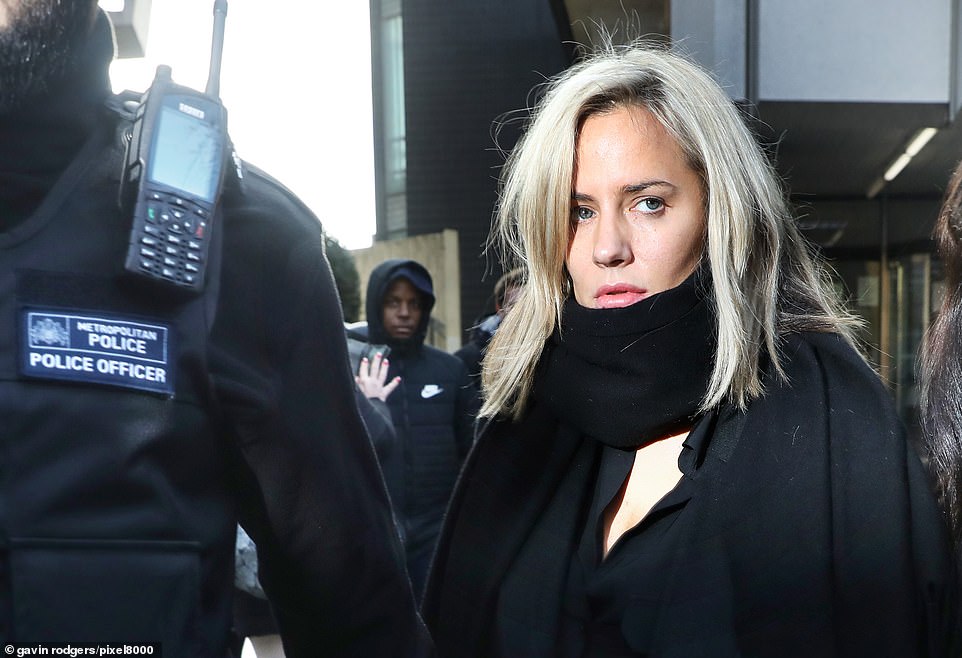 Tragedy: The star – who died age 40 – had admitted in recent months that she had been feeling ‘weird’ and revealed ‘when I actually reached out to someone they said I was draining’ [pictured in December]

Caroline also liked a string of tweets at Christmastime encouraging those feeling lonely over the holidays to seek help.

The tweets – posted by the likes of actress Sheridan Smith, journalist Stacey Dooley and comedian Luke Kempner – included the telephone number for The Samaritans’ suicide hotline.

After Caroline took part in 2014’s series of Strictly Come Dancing – which she won along with professional partner Pasha Kovalev – she admitted she felt depressed.

In an unearthed interview cited by the , Caroline claimed that, ‘It all started the day after I won Strictly. I woke up and felt like somebody had covered my body in clingfilm. I couldn’t get up and just couldn’t pick myself up at all that next year.’

She went on: ‘I felt I was being held together by a piece of string which could snap at any time. People see the celebrity lifestyle and assume everything is perfect, but we’re just like everyone else. Everyone is battling something emotional behind closed doors – that’s life. Fame doesn’t make you happy.’

It was also reported that Caroline had decided to write a book, during her recent time off. 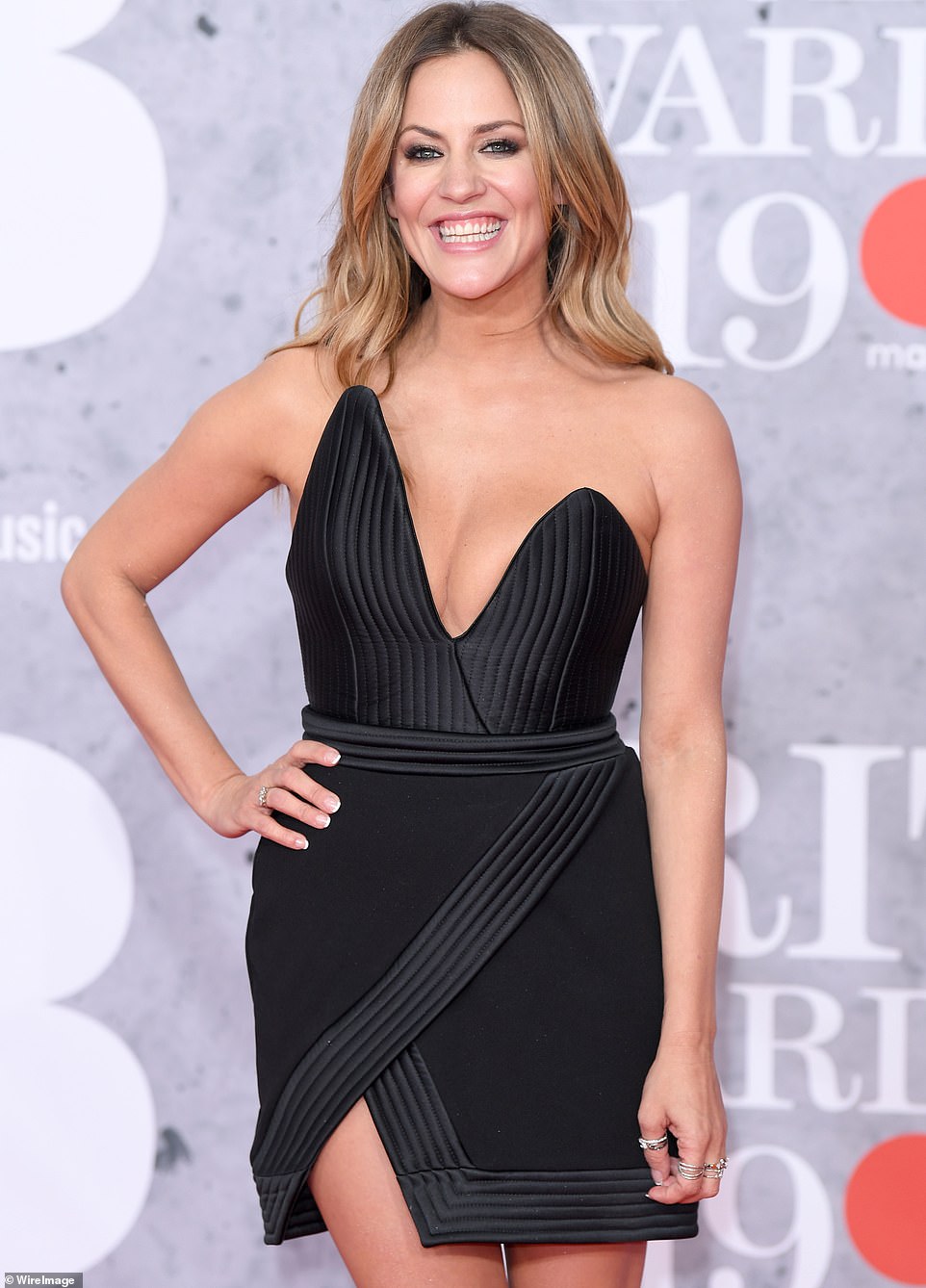 Self-help: It was also reported that Caroline had decided to write a book, during her recent time off

‘Caroline has found the process incredibly cathartic,’ one of her friends told the Mail. ‘She wants it to be more than just a story about her. She wants to talk about the problems she’s encountered and how she’s overcome them.

‘She hopes to be able to help others who may be going through similar difficulties. Part self-help, part memoir is the style that Caroline is looking for.’

Caroline’s friend had been staying with her recently, concerned for her well-being.

On Friday, Caroline was told the case against her for assaulting her boyfriend last December would go ahead. 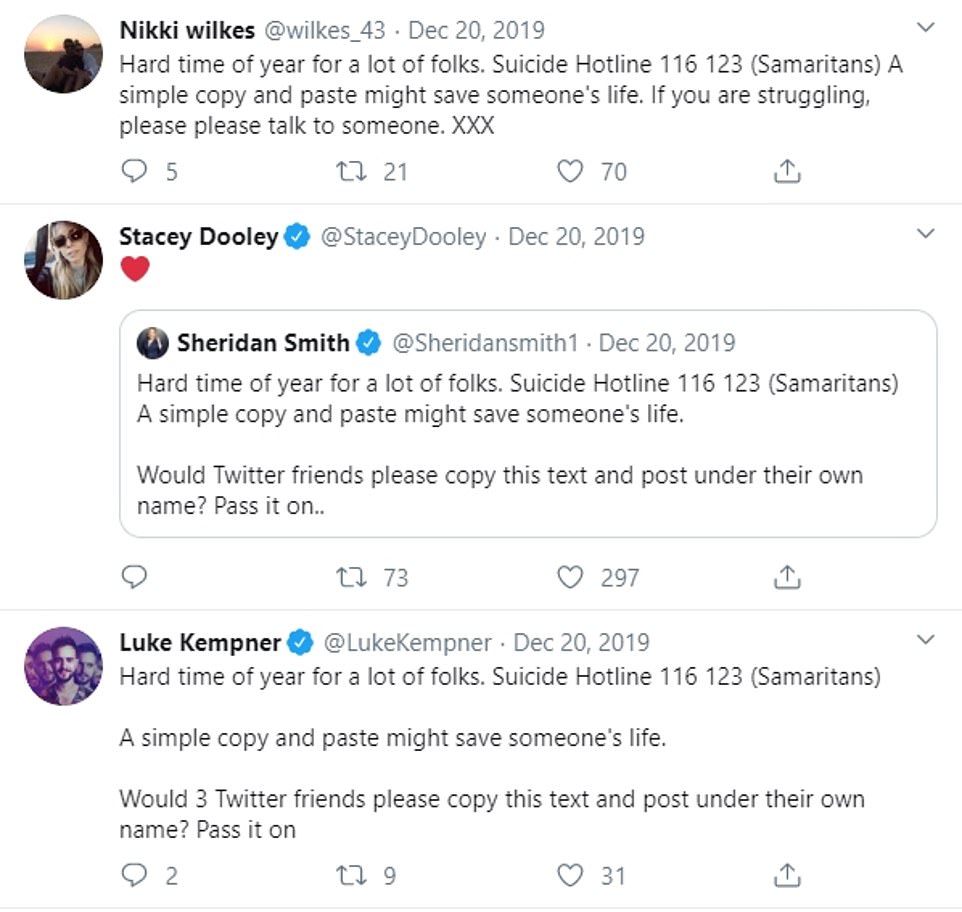 A call for help? Caroline also liked a string of tweets at Christmastime encouraging those feeling lonely over the holidays to seek help

According to sources, the morning afterwards, Caroline’s producer friend went to the shops. She returned to find she could not get into the flat in East London. She called Caroline’s father, Ian, who gained entry to the property and found his daughter’s body.

The family confirmed Caroline’s death with a short statement on Saturday evening. It said: ‘We can confirm that our Caroline passed away today on the 15th February.’

Caroline’s management hit out at the CPS for pursuing the ‘show trial’ against her, after her boyfriend Lewis Burton – whom she is said to have attacked – chose not to press charges.

Her trial was due to take place in less than three weeks and had left the presenter feeling ‘she was on her own’ and ‘couldn’t see a way out’, friends have said.

Lewis said she hit him with a lamp at her former home in Islington in December before retracting the statement. It is also thought that she was using anti-depressants before her death.

Candice Swanepoel cuts an elegant figure on first red carpet since giving birth
The most dangerous places to live in England and Wales
Has the mystery of Alexander the Great's death been solved?
Savage mutt owned by rescue centre boss bit off chunk of two-year-old girl's NOSE
Eight-month-pregnant woman, 26, stabbed to death in south London
Police rescue teenage girl, 19, who was 'held prisoner in house for 10 years'
Former Tory leadership contender Sam Gyimah becomes sixth MP to defect to the Lib Dems this year
Markle vs Markle: Meghan's father is set to be star witness against her in High Court showdown