Hoda Kotb has paid tribute to her eldest daughter Haley Joy on Valentine’s Day in honor of the three-year anniversary of her adoption.

The 55-year-old Today anchor took to social media on February 14 to post photos of three-year-old Haley as a newborn and on her past two birthdays.

‘I believe in miracles. Three years ago my first one happened. My only request is to Father Time. Please slow down,’ Hoda captioned the heartwarming images. 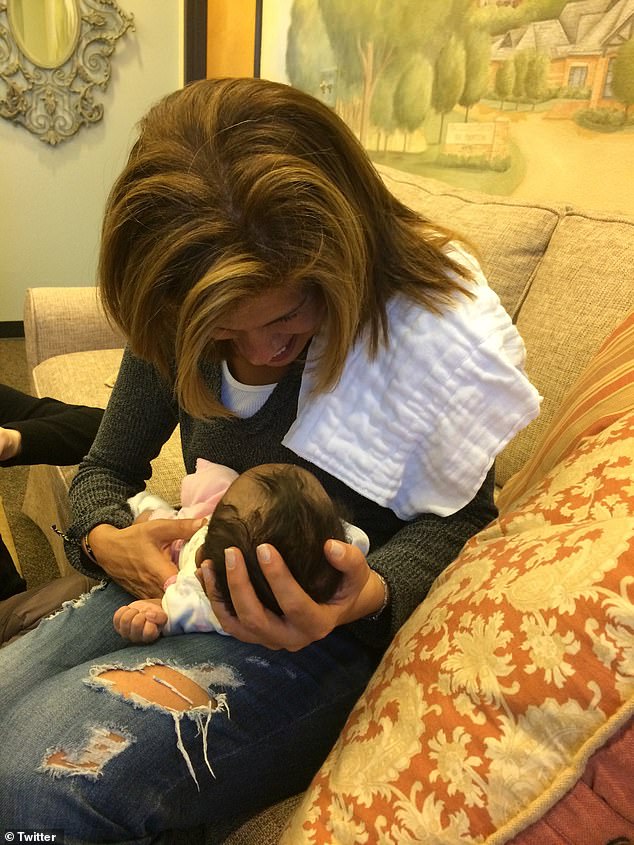 Aww: Hoda Kotb took to social media on Valentine’s Day to share throwback photos of her eldest daughter Haley Joy in honor of the three-year anniversary of her adoption 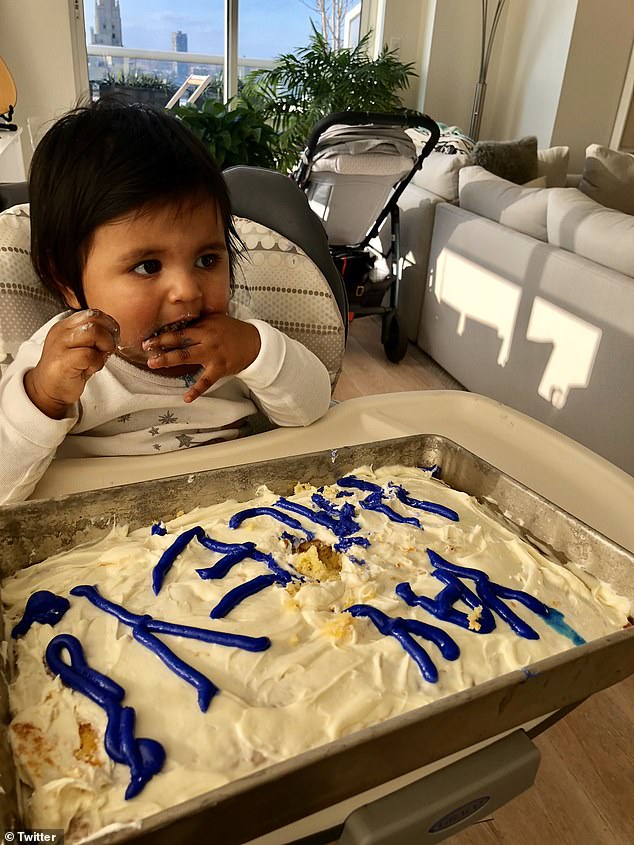 Baby love: ‘I believe in miracles. Three years ago my first one happened. My only request is to Father Time. Please slow down,’ Hoda captioned the heartwarming images

In the first photo, which may have been taken on the day she was adopted, Hoda is lovingly looking down at her newborn daughter while holding her in her arms.

The next snapshot shows her eldest child digging into her cake on her first birthday, while the final picture was taken last year at the little girl’s Sesame Street-themed second birthday party.

Hoda’s birthday messages for Haley have always been shared on February 14, but that is actually the day she was adopted, not born.

The journalist admitted at the start of the segment that the romantic holiday hasn’t always been a great day for her. 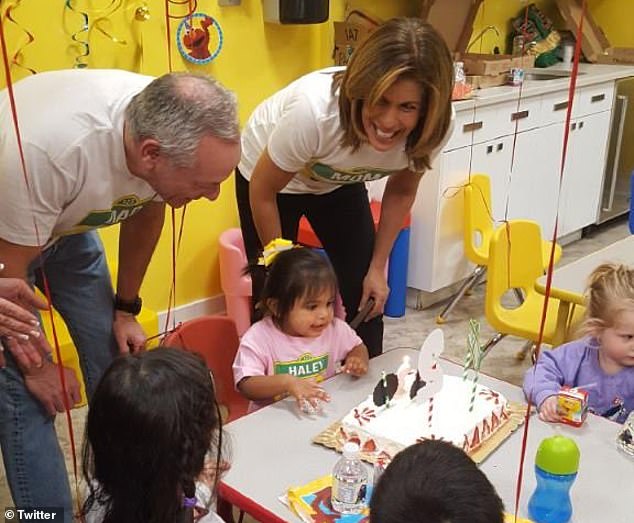 Throwback: One of the images shows Haley at her second birthday party last year 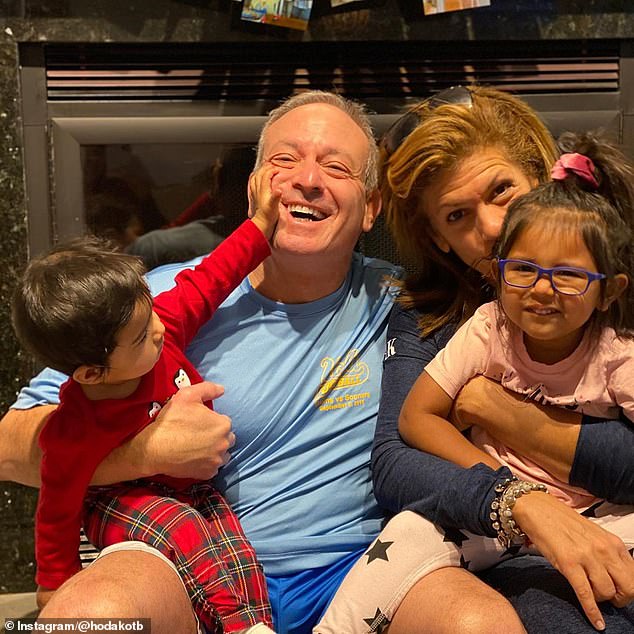 Family: Hoda and her fiancé Joel Schiffman also have a 10-month-old daughter Hope Catherine, whom they adopted in April 2019

‘I actually met my first husband at a singles event on Valentine’s Day, and to make matters a little bit more funky, my divorce papers came in the mail on Valentine’s Day,’ she told the live audience. ‘I’m not kidding. Those two things happened.’

Hoda met her ex-husband Burzis Kanga at a fundraiser for the American Heart Association, and after a whirlwind romance, they wed in 2005.

She filed for divorce in 2007, the same year she was diagnosed with breast cancer and underwent a mastectomy and reconstructive surgery. Their divorce was finalized the following year.

Hoda has been with her fiancé, financier Joel Schiffman, for six years, and he was nothing but supportive when she broached the subject of adoption with him.

They welcomed Haley in February 2017, and they adopted her baby sister, Hope Catherine, two years later in April 2019. 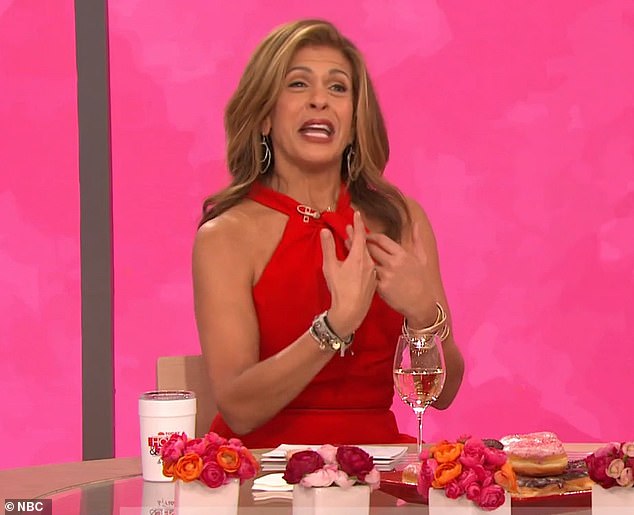 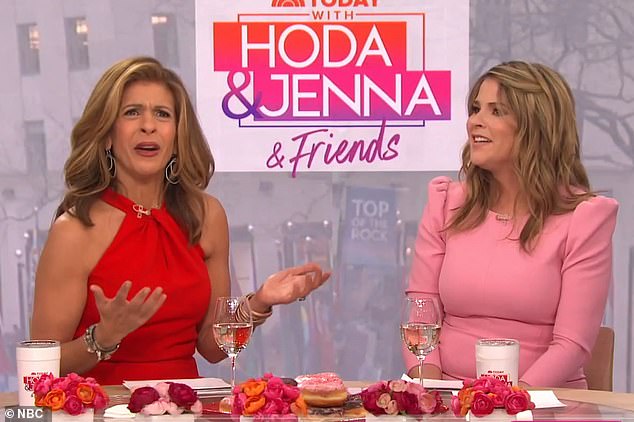 ‘Ever since I met Joel, my life has obviously changed a lot since then,’ Hoda added, recalling the day she became a mom. ‘So Valentine’s Day goes full circle.’

Hoda’s co-host Jenna Bush Hager was moved by her Valentine’s Day story and started to tear up.

‘Why when Hoda talks about her daughter do I cry?’ she asked.

Although it’s a special day for her family, Hoda said her mother is in town, and she doesn’t think they are going to do anything special. However, she admitted that she would like a small gesture from Joel.

‘I like when someone remembers, even if it’s a card,’ she said. ‘And I know everyone says, ‘Well, it’s a Hallmark kind of holiday.” Like who cares, I like a card on Valentine’s Day.’

Paul Manafort's spouse and son-in-law arrive in courtroom as he awaits verdict
Ex-wife of former 'Partridge Household' star Danny Bonaduce reveals particulars about turbulent marr...
Russian activist combats 'manspreading' by pouring water and bleach
Theodora 'Teddy' Williams makes sweet first public appearance at Princess Eugenie's wedding
Southern California's wildfire roars back to life again, prompts new evacuations
Gang of 'smiley face killers' may be behind the drownings of hundreds of men across the US
Beto O'Rourke admits launching campaign on the cover of Vanity Fair was a 'mistake'
Travel bloggers who built their dream home from money made off Instagram reveal how they did it