Police in have carried out raids against a far-right terror group that planned to create a ‘civil war’ with attacks on politicians, asylum seekers and Muslims.

Twelve of the thirteen suspects, including a police administration worker, were arrested during the raids. Police said the men are aged between 20 and 50. 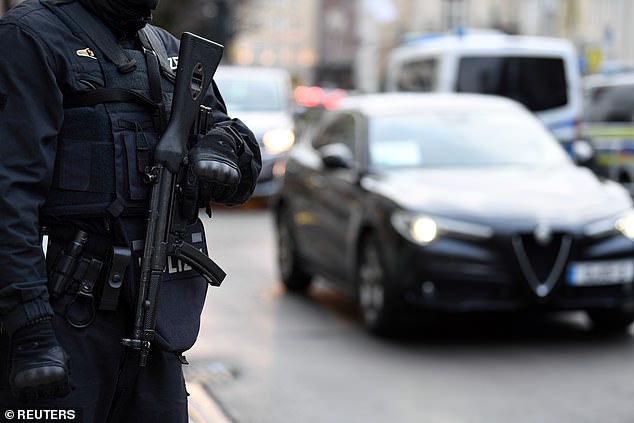 Heavily armed German police swooped on 13 locations across six states on Friday, targeting a far-right terror group planning to cause ‘civil war’ with attacks on politicians and Muslims (file)

Prosecutors said the police worker was immediately suspended and barred from entering police precincts while the investigation is ongoing.

Investigators say the group, which they did not name, was founded in September 2019 by the five main suspects after they met online.

They planned to create ‘a civil-war-like situation via as yet undefined attacks on politicians, asylum seekers and people of Muslim faith,’ police said.

The group’s ultimate aim was ‘to shake the state and social order in Germany and in the end to overturn it,’ investigators say.

Alongside the five prime suspects, the eight supporters ‘are believed to have agreed to provide financial support, procure weapons or take part in future attacks,’ prosecutors said.

The men had established an online chat-room where they discussed their plans and swapped images of weapons they claimed to have manufactured at home.

Police say they launched their raids in order to confirm whether the weapons were real, or images that had been faked. 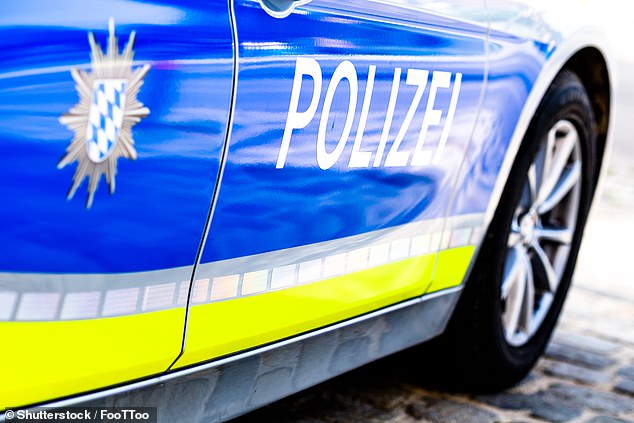 Twelve out of 13 suspects, including a police admin worker, were arrested during the raids which were designed to establish whether the group had access to weapons (file)

Police did not immediately say whether any weapons were recovered.

The home of a non-suspect was also searched in Bavaria.

German authorities have turned increased attention to the country’s underground extreme right scene since the murder of conservative local politician Walter Luebcke last June and an October attack on a synagogue in eastern city Halle.

Suspects arrested in both cases have ties to the extreme right.

At the time, federal police said they had identified 48 people on the extreme right as ‘dangerous’ individuals who could carry out an attack.

Molly Meldrum is 'embarrassed' by his fame
Lewis Hamilton dines with Corey Gamble in West Hollywood before US Grand Prix
Dramatic road that led to Hasler's return
Gatwick airport reopens fully but some passengers are STILL struggling to get home for Christmas
Boy convicted of planning Islamic State attack aged 17 after becoming obsessed with 'drill' videos
The Masked Singer: Teddy Sheringham is REVEALED as Tree
Ministers face Huawei defeat in House of Lords over 5G
Locked-down students in Glasgow and Manchester say they 'can't survive' on emergency food parcels