A one-year-old is in a critical condition after nearly drowning in a bucket of baked beans at a home in .

The child  – whose gender has not been disclosed – was found unresponsive by family members at the property in Grayson, east of Sacramento, on Tuesday afternoon.

Emergency responders performed CPR on the youngster, who was subsequently airlifted to the University of California Davis Medical Center. The youngster reportedly remains in intensive care at the medical center.

Law enforcement is currently trying to piece together how the bizarre incident occurred, but say the family are cooperating with authorities.

Camera crews quickly descended on the home, located in a remote town, and managed to capture footage of the baby being put into a helicopter and flown off to hospital. 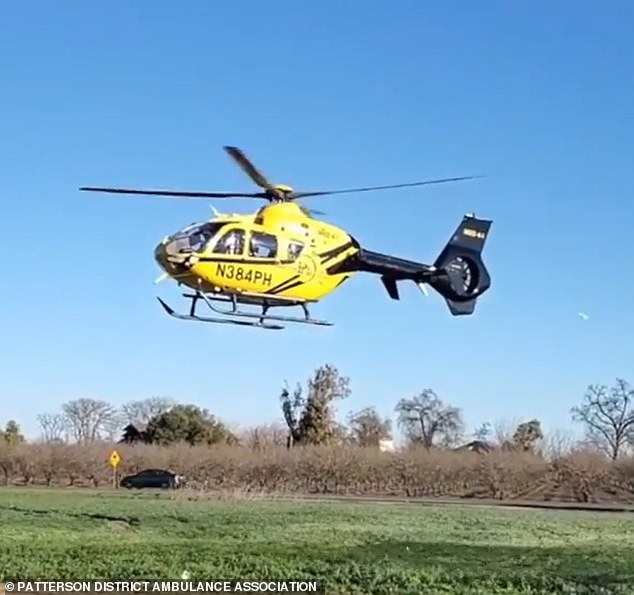 A one-year-old is in a critical condition after nearly drowning in a bucket of baked beans at a home in California. The tot is pictured being airlifted to hospital near their home in the small community of Grayson

According to , it remains unclear as to ‘where the bucket of beans was sitting or how long the child might have gone unnoticed after falling into it’.

It’s thought the beans were cool at the time the child fell into the bucket, as the child is not reported to have suffered any burn injuries.

Drowning is the most common cause of accidental injury-related deaths in children below the age of four, who can drown in less than two inches of water.

The CDC reports that in the ten years between 2005 and 2015 there were an average of 3,536 fatal unintentional drownings per year in the United States  – which equates to nearly ten deaths per day

While babies often fall into swimming pools, Tuesday’s incident appears to be the first instance of a child nearly drowning in a bucket of baked beans.

Authorities are continuing their investigation and hoping the tot makes a full recovery. 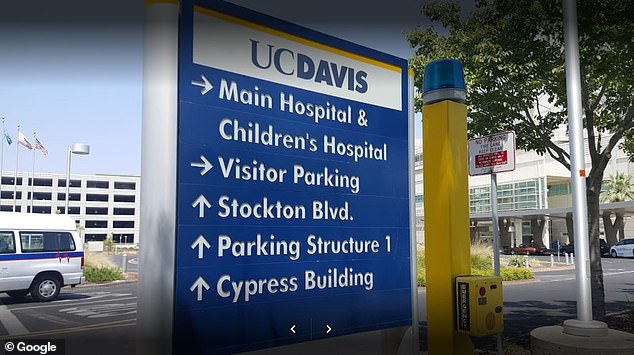 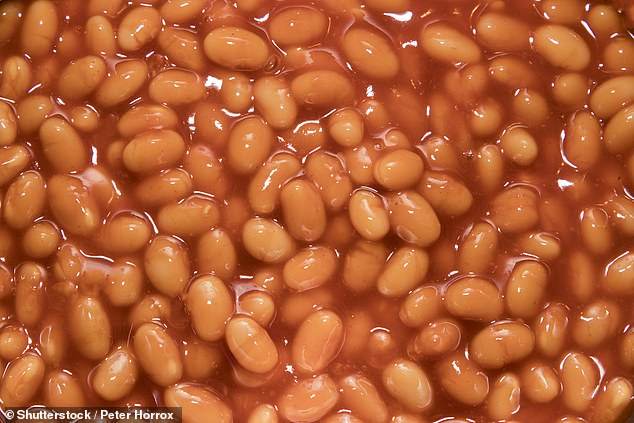