A minister sacked by in his brutal post- reshuffle celebrated his departure from Government today, saying it would allow him to be a better father.

Chis Skidmore was axed as universities minister this morning as the Prime Minister made a sweep of changes to his team.

The Kingswood MP marked the end of his second term in the role by posting pictures on of himself with daughter Ottolie, who was born in November.

He wrote:  ‘Got a promotion in the reshuffle to be a better Dad with more time to spend with this gorgeous little one….

‘Thanks everyone who I’ve had the chance to work with and the civil service teams that have supported me – you have all been amazing.’ 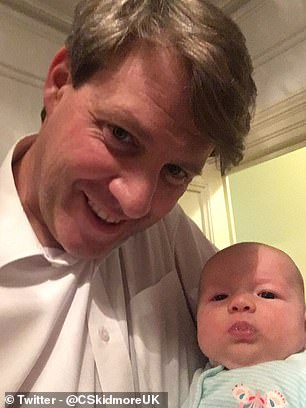 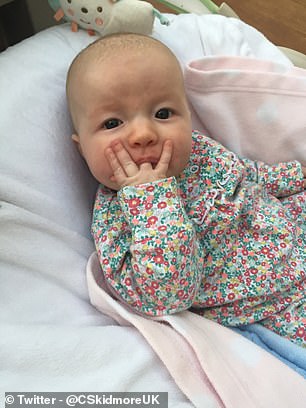 The Kingswood MP marked the end of his second term in the role by posting pictures on Twitter of himself with daughter Ottolie, who was born in November 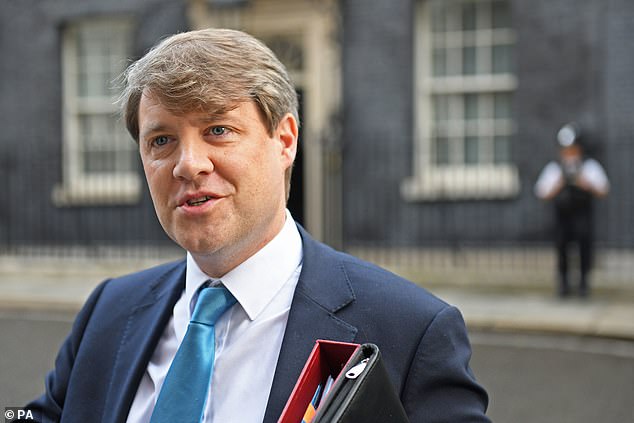 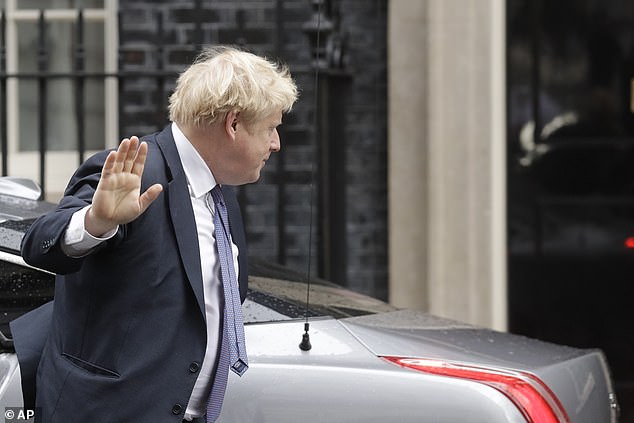 Seeya: Boris Johnson arrives back at No 10 this morning after sacking half a dozen ministers in his reshuffle

Boris Johnson brutally wielded the knife on a host of veteran Cabinet ministers today – as he vows to bring through a new generation of Tories.

Northern Ireland Secretary Julian Smith became the first casualty of the overhaul, with Business Secretary Andrea Leadsom and Esther McVey quickly following him out the door.

Attorney General Geoffrey Cox has also been axed – with solicitor general Michael Ellis filling his duties taking questions in the House this morning – and Environment Secretary Theresa Villiers was ousted. 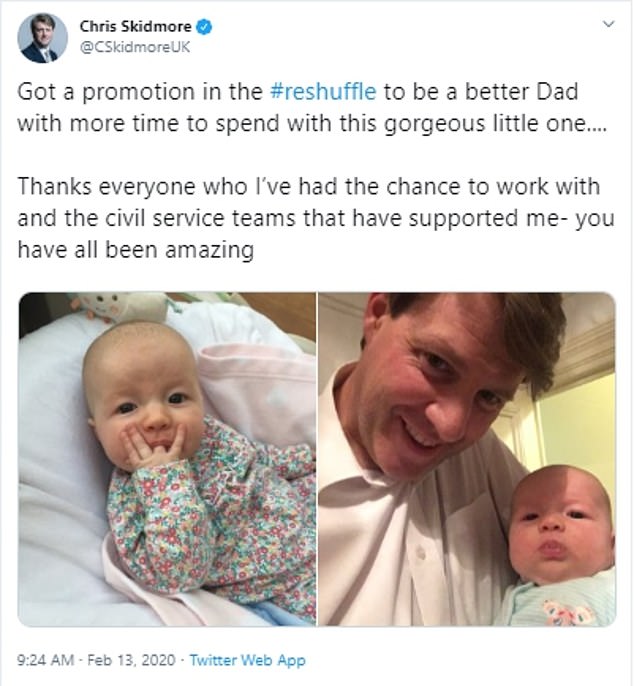 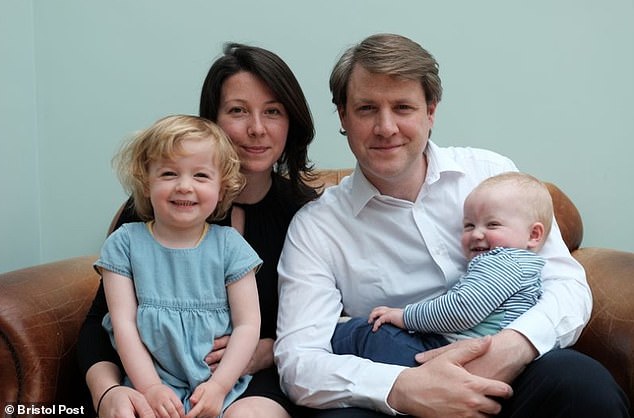 He and wife Lydia now have three children: Clementine, Henry and Ottilie (not pictured)

Mr Smith confirmed his departure – just weeks after a breakthrough that saw power-sharing restored in the province – on Twitter saying serving in the job had been the ‘biggest privilege’.

Ms Villiers made light of her fate on , joking that ‘what the PM giveth the PM taketh away’.

Commons Leader Jacob Rees-Mogg tried to deflect enquiries about his future by chatting blithely about the weather as he left his London home – although he is thought to be safe despite a backlash over comments about Grenfell during the election campaign.