A father who told police his three-year-old daughter had been abducted by strangers from his front yard lied by claiming they were strangers when the girl had in fact been taken by her mother.

An Amber Alert was issued for three-year-old Madeline Meija on Monday after her father, Lester, called 911 claiming she had been snatched from his car in his driveway in Apopka while he was back in the house retrieving his keys.

He told police the person who took her was a man and that he’d never seen him before.

When four people – including the girl’s teenage mother Tania Fortin-Duarte, 18, – were arrested later in the day after police tracked the kidnappers’ car down, Lester said he had no idea why they took his daughter. 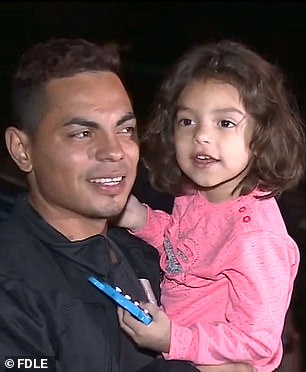 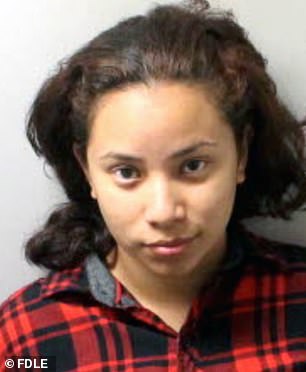 Madeline with her father Lester after they were reunited on Monday (left). He has since admitted he knew she had been taken by her 18-year-old mother Tania (right) 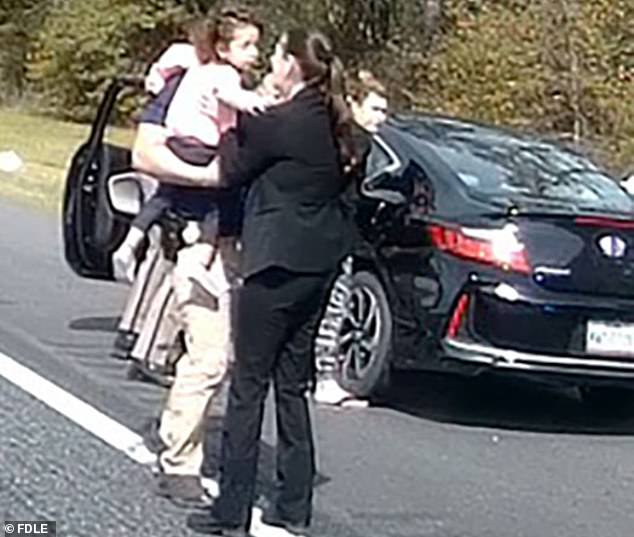 This is the moment three-year-old Madeline Meija was rescued from the abductor’s car on I-1O near Tallahassee, Florida, on Monday, five hours after being reported missing. Her mother’s boyfriend Kevin Olmeda-Velis, 19,is shown in the background being cuffed

On Tuesday, however, Apopka Police Department revealed Lester had made the story up.

He was not at home, as he claimed, when she was taken and was in fact at work.

Madeline was being looked after by a relative who called him to tell him Tania had come to take the toddler away.

Lester phoned 911 but the dispatcher told him because the girl was with his mother, there was no crime to investigate.

He then fabricated the abduction story to get their attention.

‘Mr. Mejia was scared he would not see his daughter again so he provided the abduction story in hopes it would assist in recovering his daughter,’ a police statement on Wednesday read.

Tania and her boyfriend, Kevin Olmeda-Velis, 19, were booked on kidnapping charges.

While police say she did not use any force in taking the child, she did not have legal custody so it is still considered kidnapping.

Another two men who were taken into custody have since been released to ICE.

No charges have been brought against Lester, but authorities say they are still investigating. 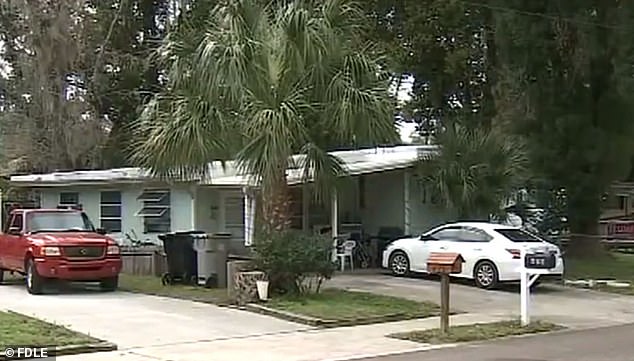 The girl’s father told police he had put her in the back of his car in the driveway of their home in Apopka on Monday when he went back inside to get the keys. He was in fact at work and she was being looked after by a relative 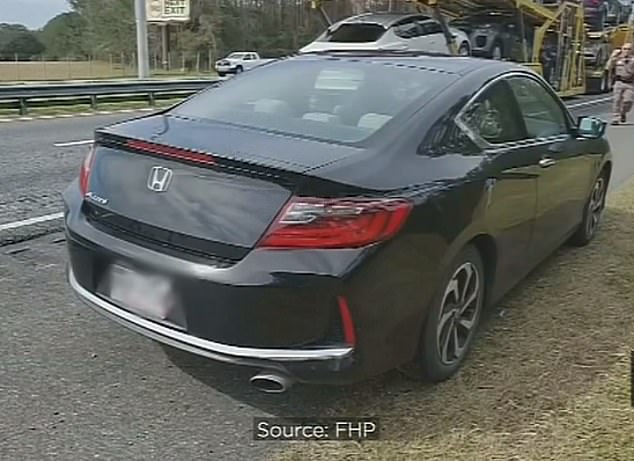 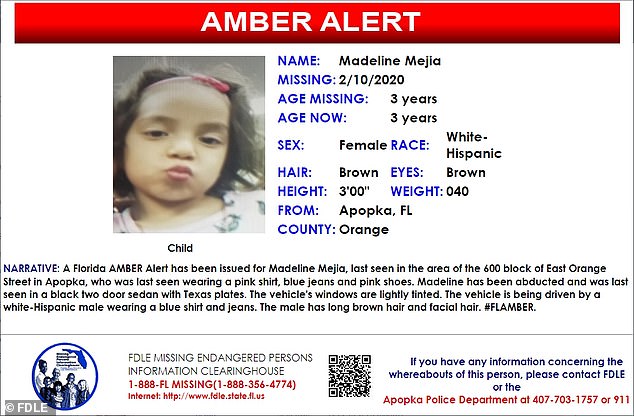 ‘Although Mr. Mejia was not forth coming with the information he provided to the Apopka Police Department he did have lawful custody of his daughter and Ms. Duarte unlawfully removed Madeline from his custody.

‘The Apopka Police Department continues to investigate this matter, and is thankful that Madeline was found safe and returned to Mr. Mejia,’ the statement continued.

The Florida Department of Law Enforcement sprang into action when the Amber Alert was called in.

They mobilized a police Cessna plane to patrol the highways which eventually found the kidnappers’ black Honda almost 250 miles from Madeline’s home in a little under six hours.

They notified police troopers on the ground who then surrounded the vehicle and arrested the girl’s mother, boyfriend, and the two other men on the side of the road.

Madeline was reunited with her father hours later.

He said afterwards: ‘It was anguish not knowing what was happening to my daughter.

‘I’m happy for my baby coming back,’ Lester Mejia told