The Queen’s granddaughter, 31, and husband-to-be Edoardo Mapelli Mozzi, 37, have asked guests not to buy them presents, but to instead ‘learn more about’ the work of the charities close to their hearts.

The two organisations are Big Change, which supports charitable projects throughout the UK to improve the lives of young people, and Cricket Brings Hope, which use the game for positive social change in Rwanda.

Beatrice and Edoardo will tie the knot on 29 May at the Chapel Royal in St James’s Palace, following a five-month engagement. 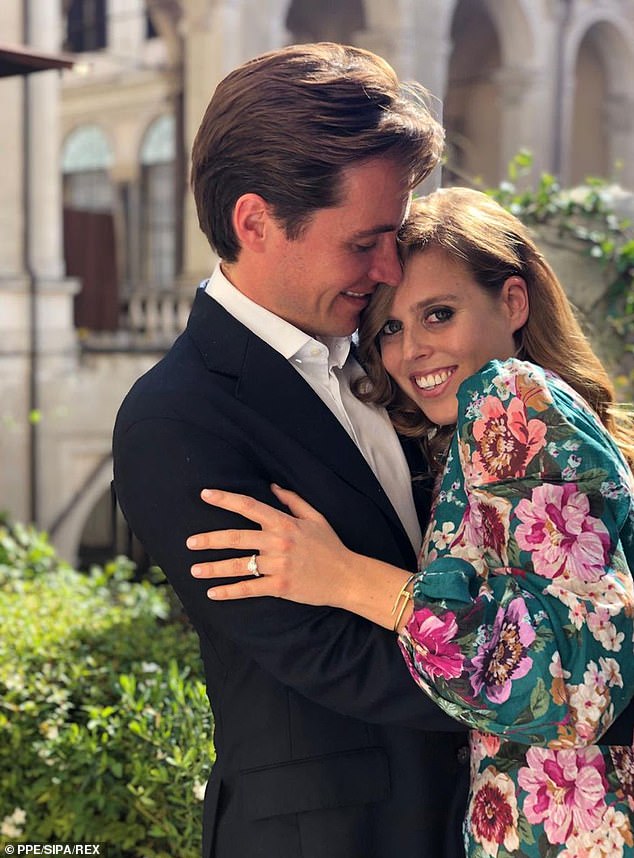 Princess Beatrice, 31, and her Italian property developer fiancé Edoardo Mapelli Mozzi, 37, have asked guests not to buy them wedding presents, but to instead learn about two charities. Pictured, following their engagement announcement on 26 September 2019 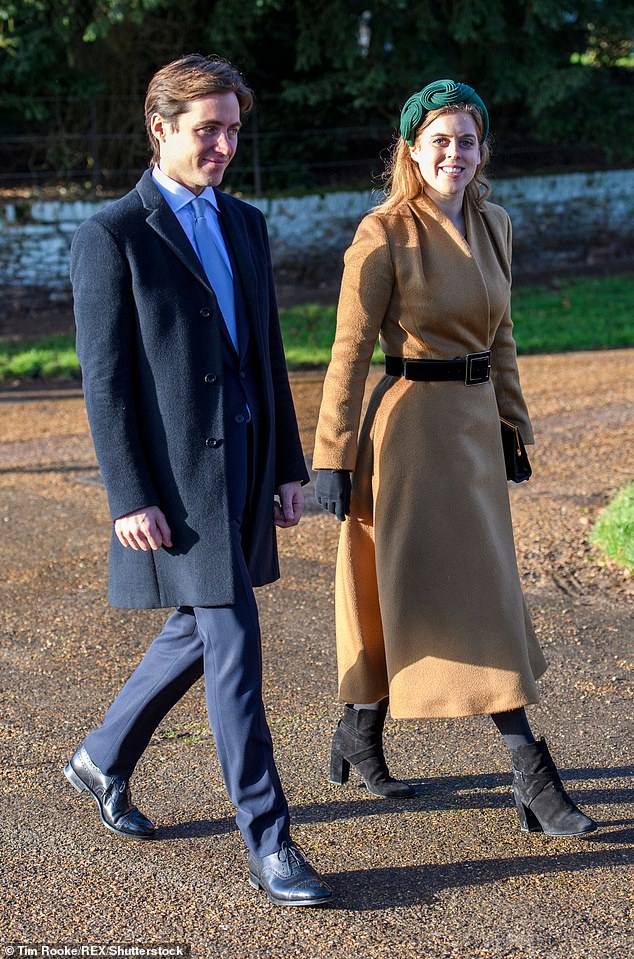 The eldest daughter of Prince Andrew and the Duchess of York co-founded The Big Change alongside six friends in 2010.

The organisation has recently announced it is set to launch several new projects that will focus on the well-being of those in education.

Big Change CEO Essie North posted a statement to the and penned: ‘We’re honoured that Princess Beatrice and Edoardo Mapelli Mozzi have asked their wedding guests to learn more about and support Big Change.’

‘As a founder and Trustee of the charity Beatrice holds an ambitious vision to change how we support all young people to thrive, with the humility to learn from and the pioneers who are leading this change on the ground.’ 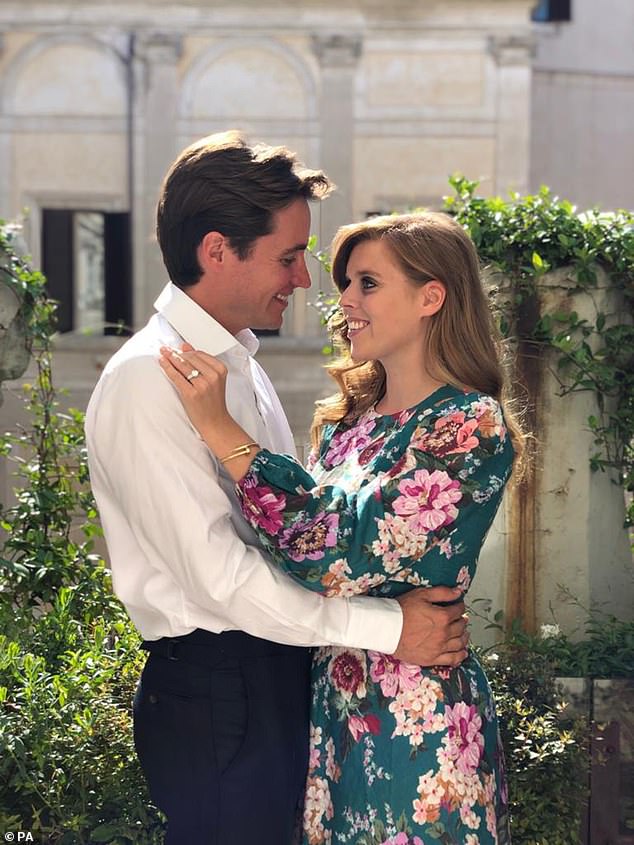 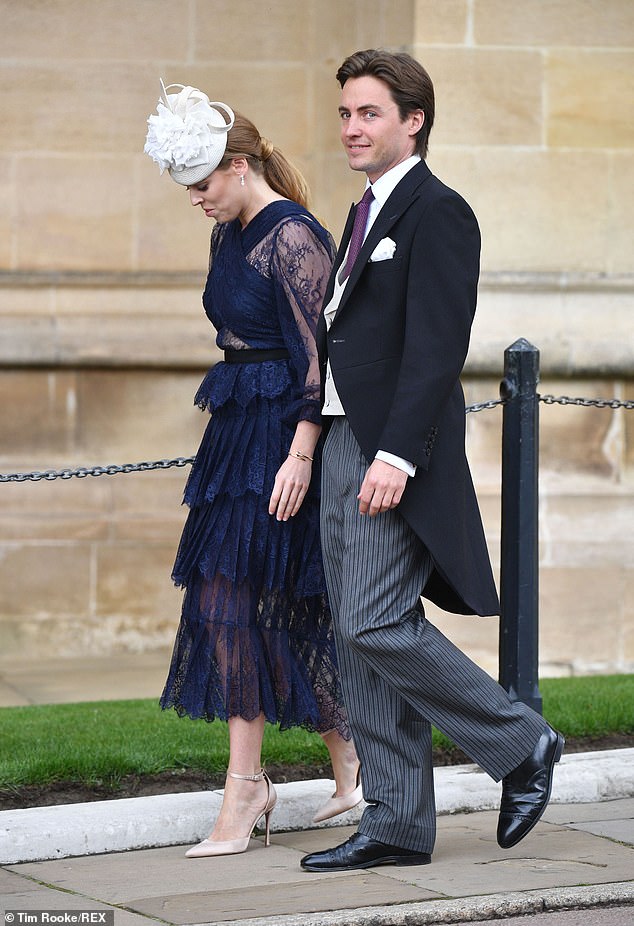 Princess Beatrice and Edoardo Mapelli Mozzi at the wedding of Lady Gabriella Windsor and Thomas Kingston at George’s Chapel, Windsor Castle, on 18 May 2019

‘We hope that the increased awareness she has brought to Big Change will help us support more brilliant projects making a real difference to young people from all walks of life, but especially those who are the most vulnerable.’

Meanwhile, Cricket Builds Hope, of which Mozzi is a co-founder, ‘uses cricket, and the spirit of the game, as a tool for positive social change in Rwanda.’

The Duke of York, who stepped back from royal duties last year amid ongoing scandal surrounding his friendship with deceased paedophile Jeffrey Epstein, will give his daughter away.

The service will be followed by a private reception, hosted by The Queen, in the gardens of Buckingham Palace.

It will be the first reception to be held at the palace since the wedding of the Duke and Duchess of Cambridge in April 2011.

All three subsequent royal weddings have been in Windsor. Beatrice’s sister Princess Eugenie tied the knot in 2018 at St George’s Chapel, with a reception at the castle.

Prince Harry and Meghan Markle had exchanged vows there earlier that year.

Smirnoff heiress and ex-Miss Russia is CLEARED of hiring 'fake bailiff'
Countdown to Christmas: 14 of the best boozy baubles, Advent calendars and crackers
The EU 'will demand a two-year delay to Brexit for a second referendum or softer deal'
Commuter stuck on slow train moans he is caught up in a 'British comical parody of Speed'
Regions where voters have neurotic personalities in the US voted for Donald Trump
Remarkable true story of heroic Pole who infiltrated Auschwitz
Australian mother praised for life-changing 'chore chart' where she FINES her kids
British woman dragged out of Tenerife pool by police is hard-left unionist rabble rouser