Prince Harry revealed he has been in therapy for the last three years to cope with the loss of his mother during his keynote speech at a JPMorgan summit in Miami on Thursday night after being introduced on-stage by Meghan, according to sources at the event.

It is the first public appearance Harry and Meghan have made since they left the royal family and is believed to have earned them at least $500,000.

The star-studded event at the 1 Hotel South beach attracted business titans and celebrities like Bob Kraft and Alex Rodriguez.

Sources told that Gayle King introduced Meghan to the stage.

Meghan then spoke briefly about her ‘love for her husband’ and introduced him.

‘Harry spoke about mental health and how he has been in therapy for the past few years to try to overcome the trauma of losing his mother.

‘He talked about how the events of his childhood affected him and that he has been talking to a mental health professional.

‘Harry also touched on Megxit, saying while it has been very difficult on him and Meghan, he does not regret their decision to step down as senior royals because he wants to protect his family.

‘He does not want Meghan and their son Archie to go through what he did as a child.’ 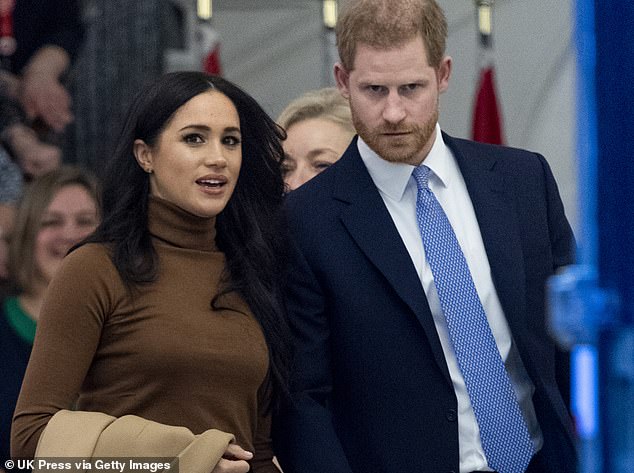 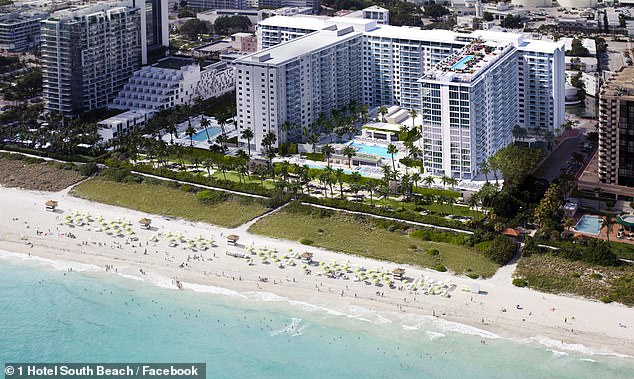 The visit to the luxury five-star hotel marks the first public appearance Meghan and Harry have made as a couple since their shock announcement that they were taking a step back from royal duties.

While the pair have not confirmed their appearance, someone close told DailyMail.com on Friday: ‘I can confirm reports the Sussexes attended a JP Morgan gathering in Miami yesterday, where the Duke spoke.’

It is not clear how Harry and Meghan – who were widely criticized for taking private jets last year after preaching about climate change publicly – traveled to Florida.

JPMorgan’s private Gulfstream jet had flown to Vancouver Airport in Canada, near to where the couple have been living since quitting royal life. It then left at at 12.10pm  Wednesday and landed in Palm Beach at 8.03pm.

According to Page Six, Harry and Meghan stayed at Serena Williams’ home in Palm Beach during the appearance.

It is unclear if they were on that jet. Palm Beach is around 80 miles north of Miami.

The Sussexes have been lying low in their $14million Canadian hideaway with baby Archie since they left the royal family. 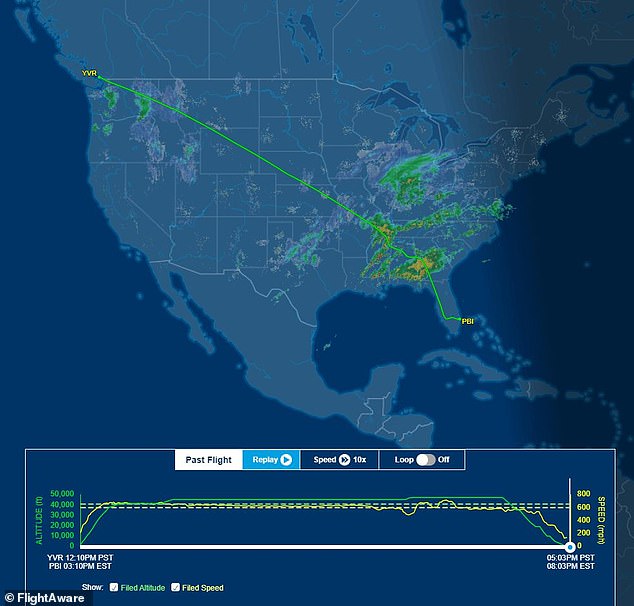 JPMorgan’s private Gulfstream jet flew from Vancouver, near the couple’s hideaway, to Palm Beach in time for the event 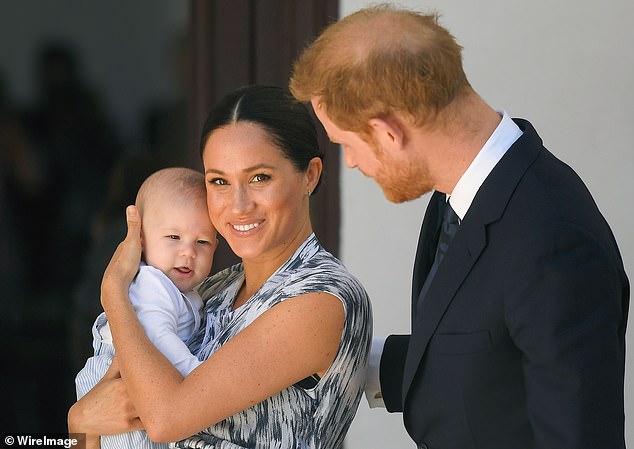 Experts say the couple could have made more than $500,000 from the appearance

The amount that they were paid for the event is so far unknown.

But Ronn Torossian, CEO of New York-based PR firm 5W Public Relations,told Dailymail.com that he would expert the couple to have made between $500,000 and $1million from the appearance.

‘Harry and Meghan will be the highest-paid speakers that exist on the corporate market.

‘I would not be shocked if they earned in excess of $1million.  Over the year their earning power could be unlimited.’

PR executive Simon Huck – who is a friend of the Kardashians – has already estimated that Meghan alone can make $100million this year. 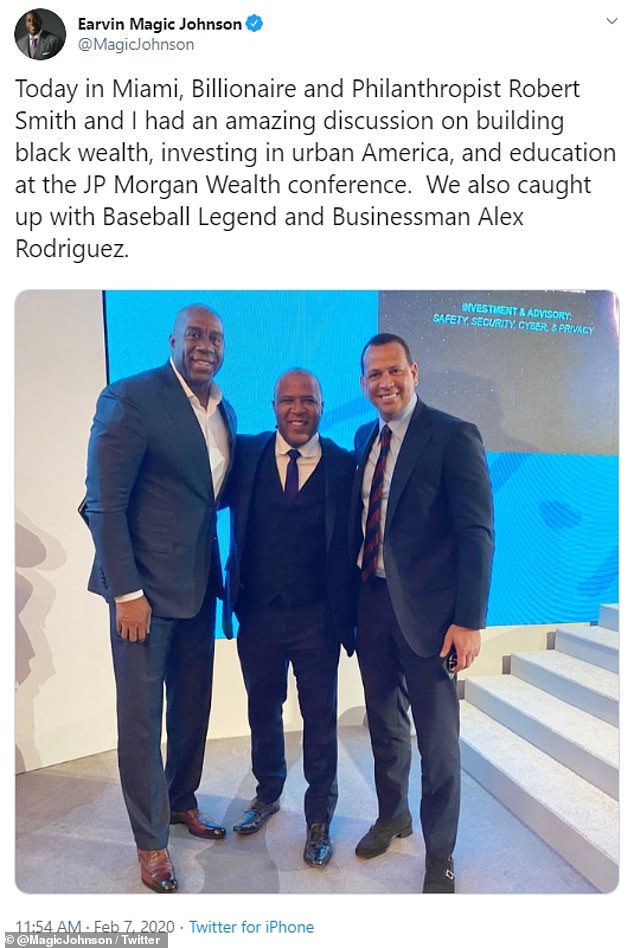 Among the many celebrities in attendance at Thursday’s event is Magic Johnson, Alex Rodriguez and Bob Kraft.

Gayle King is in the midst of her own scandal and, according to best friend Oprah, is ‘not going well’.

She faced fierce backlash this week over an interview she did with WNBA star Lisa Leslie where she asked Leslie about the 2003 rape allegation against Kobe Bryant.

It was a brief moment in an otherwise wide-ranging interview but CBS This Morning tweeted it as a promo.

It drew the ire of celebrities and Bryant fans who accused King of trying to sully his legacy and push Leslie into condemning him.

Disappearance of mother-of-five Sarah Wellgreen is being treated as murder
As Amanda Holden launches a fashion line JUST like Holly Willoughby, who's copying whom?
Auburn University gymnast breaks both legs in horrific fall during competition forcing her to retire
Girl, 16, who suffers from anxiety has to flee prom after because of bullies
SEBASTIAN SHAKESPEARE: Princess Diana's butler Paul Burrell sells his flower shop
Andre Gomes suffered fractured dislocation to his ankle in Everton's clash with Tottenham
TALK OF THE TOWN: Amanda 'longest legs in Belgravia' Cronin accepts £250,000 engagement ring
Grenadier Guard wears medal to court as he faces trial with fellow squaddie for armed robberies