Wreckage from the helicopter that crashed last month and killed Kobe Bryant, his daughter and seven others did not show any evidence of engine failure, the National Transportation Safety Board said Friday.

Bryant, his 13-year-old daughter Gianna, and the others died in the Jan. 26 crash in Calabasas, California. The group was flying to a girls basketball tournament at his Mamba Sports Academy. Gianna’s team was coached by Bryant and was playing in the tournament.

The NTSB is investigating the accident, including any role heavy fog played, and a final report isn’t expected for at least a year. 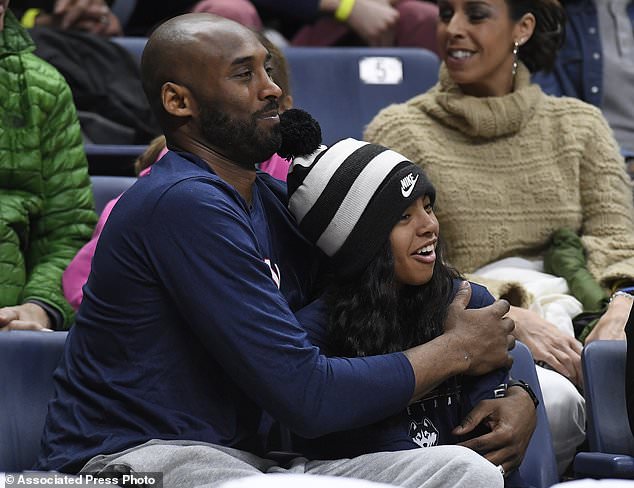 Bryant, his 13-year-old daughter Gianna, and the others died in the Jan. 26 crash in Calabasas, California

The helicopter’s instrument panel was destroyed in the crash and most of the devices were displaced, according to the NTSB’s investigative update that was released Friday. The flight controls were broken and suffered fire damage.

Investigators believe that since a tree branch at the crash site was cut, it appears the engines were working and rotors turning at the time of impact.

Friday’s report was merely informational and did not offer any information about what caused the crash. The victims’ deaths have been ruled an accident by blunt trauma, according to the Los Angeles County coroner.

‘The wreckage was located in the foothills of the Santa Monica mountains, in a mountain bike park,’ the states. ‘The impact site was on an approximate 34⁰ slope. The impact crater was 24 feet-by-15 feet in diameter and 2 feet deep.’

It comes as the manufacturer of the helicopter, Sikorsky, urged customers to install a critical warning system that was missing from Bryant’s chopper.

Investigators revealed on Wednesday that the terrain awareness and warning system (TAWS), which is designed to send a warning when a collision appears imminent, had not been installed on Bryant’s helicopter.

While Sikorsky regularly provides updates on technology updates, sources told TMZ that they are calling customers and making it a top priority following Bryant’s death.

National Transportation Safety Board officials say it is too early to tell whether a TAWS on Bryant’s Sikorsky helicopter could have prevented the crash.

But they think it should have been installed on the aircraft and they criticized federal regulators for not carrying out the NTSB’s recommendation over a decade ago to mandate such equipment on helicopters with six or more passenger seats.

The warning system is required in medical helicopters but not in commercial ones like the one used by Bryant.

The death of the basketball star has highlighted the debate over the merits of the warning systems.

While the crash has led to calls for warning systems to be installed in more helicopters, regulators and pilots have since raised fears that the instrument can trigger too many alarms and prove distracting.

‘Another warning system screaming at you isn’t going to help,’ Brian Alexander, a helicopter pilot and aviation lawyer, said.

‘You don’t want to inundate the pilot.’

While some pilots believe TAWS is unnecessary and refer to its warnings as ‘nuisance alarms’, Peter Goelz, a former managing director of the NTSB, said there is ‘no reasonable excuse’ for the system not to be installed on all choppers.

‘From a safety perspective, you want all the safety enhancements that are available,’ he said. ‘The trade-off is worth it.’

The NTSB recommended that the FFA require the system after a Sikorsky S-76A carrying workers to an offshore drilling ship, crashed in the Gulf of Mexico near Galveston, Texas, killing all 10 people aboard in 2004.

A decade later, the FAA mandated such systems on air ambulances only.

FAA officials had questioned the value of such technology on helicopters, which tend to fly close to buildings and the ground and could trigger too many alarms.

Bill English, investigator in charge of the NTSB’s Major Investigations Division, said it was not clear yet whether ‘TAWS and this scenario are related to each other.’

The pilot was well-acquainted with the skies over Los Angeles and accustomed to flying Bryant and other celebrities. 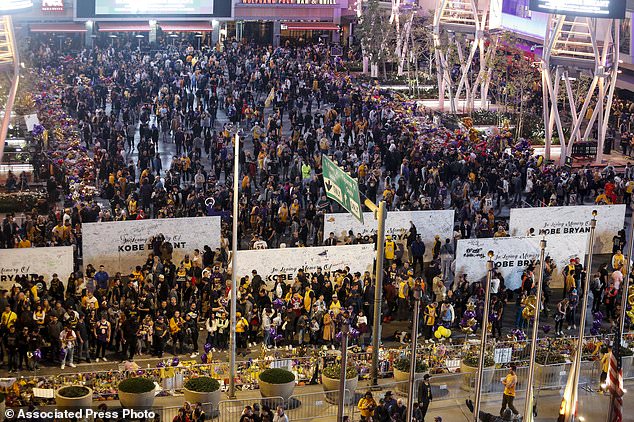 Hozier London KOKO present: The best way to get tickets
US coastguard SUSPENDS hunt for British cruise ship entertainer
Trump storms out of Situation Room talks with Chuck and Nancy over border wall funding
Humans have SEVENTEEN different facial expressions to convey happiness: more than any other emotion
The real reason Trump's ripped up the nuclear treaty that's kept us safe since the 1980s
Javid lands £50k for leadership bid as May loyalists suggest Philip could talk her into quitting
Don't Tell The Bride groom who blew £12k on cancelled wedding boasts he was 'idiotic but legendary'
Mother slams Prince Charles for making U-turn on plan to paint first yellow lines in Poundbury