Macy’s will close 125 department stores over the next three years and ax 2,000 jobs as the retailer struggles to keep up with online competition, it announced Tuesday afternoon.

The department store chain said it plans to shut stores in shopping malls and open new smaller-format stores in strip centers as part of its new three-year ‘Polaris’ strategy to attempt to ‘stabilize profitability and position the company for growth’.

‘We have a clear vision of where Macy’s, Inc. and our brands, Macy’s, Bloomingdale’s and Bluemercury, fit into retail today. We are confident in our Polaris strategy, and we have the resources required to return Macy’s, Inc. to sustainable, profitable growth,’ CEO Jeff Gennette said in a statement ahead of a meeting with investors in New York on Wednesday.

He added: ‘We are taking the organization through significant structural change to lower costs, bring teams closer together and reduce duplicative work. This will be a tough week for our team as we say goodbye to great colleagues and good friends. 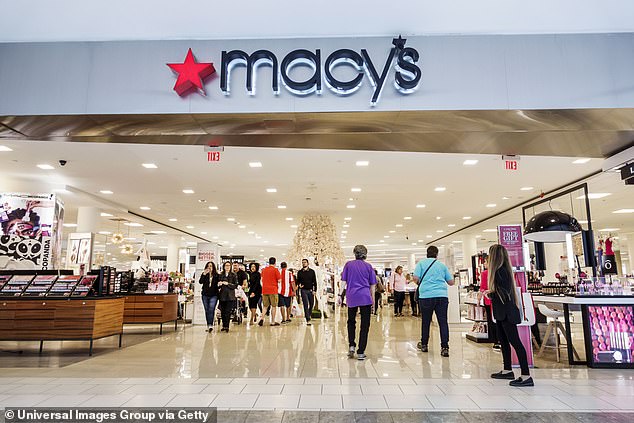 Macy’s will close 125 department stores over the next three years and ax 2,000 jobs as the retailer struggles to keep up with online competition, it announced Tuesday afternoon

‘The changes we are making are deep and impact every area of the business, but they are necessary. I know we will come out of this transition stronger, more agile and better fit to compete in today’s retail environment.’

The job cuts will hit the corporate and support staff divisions and see around 10 percent of the workforce lose their jobs.

The 125 stores closing include 30 closures announced back in January, including one Bloomingdale’s shop.

However, the final list of stores is subject to change, Gennette said.

After the closures, the retailer will still have around 400 Macy’s stores, 40 Bloomingdale’s stores, and around 170 of its Bluemercury beauty stores.

The announcement comes as the retailer also confirmed that it is closing its tech offices in San Francisco and abandoning its dual-headquartered structure by shutting its Cincinnati HQ to run all HQ operations out of its New York office.

It’s been a tough time for Macy’s and department store chains generally as they have struggled to compete with online players such as Amazon.

Macy’s stock has fallen more than 35 percent over the past 12 months. 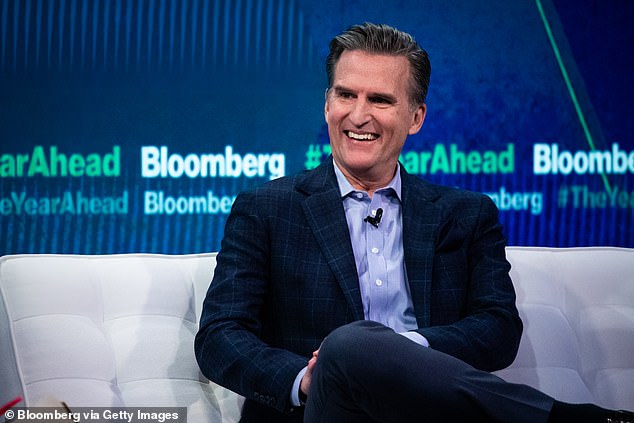 Washington man donates his kidney to his wife of 30 years
Thai cave boys hit the big time! Team and their coach appear on Ellen
Juanita Broaddrick revisits Clinton rape allegations, says NBC delayed tell-all to protect Clinton
FBI 'plans to put two British members of ISIS 'Beatles' gang on trial in the US this summer'
Former gang members in an El Salvadorian prison cross through their distinctive tattoos
DA who declined to prosecute Weinstein tried to lower Epstein's sex offender status in 2008
Queen, 93, is spotted wearing a hearing aid in public for the first time as she heads to Sandringham
Putin critic Alexei Navalny is being kept under armed guard at German hospital