At least 16 rescue workers were killed by an avalanche in Turkey today as searched for two people missing in an earlier landslide that left five dead.

The second disaster struck today as 300 emergency workers were searching for the two missing victims from last night’s first avalanche near Bahcesehir.

Eight police officers, three government guards and a firefighter were among the dead in today’s avalanche and at least 15 others are buried under the snow, local mayor Meki Arvas said.

Video from the scene showed at least three overturned vehicles at the bottom of a hill during a snow storm.

Some rescuers were climbing a steep incline to get away from the mass of snow while others dug frantically into the snow with shovels and pick-axes. 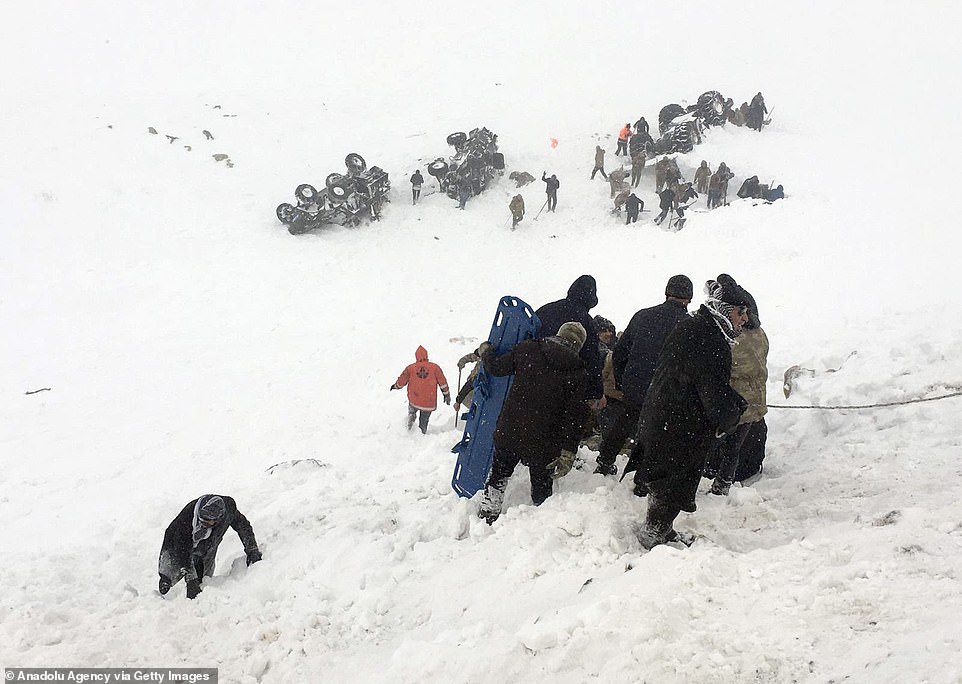 Emergency teams were searching for up to 15 colleagues still buried under the snow, including members from the government’s disaster response agency and its medical rescue team.

Some 30 emergency workers were either rescued or escaped from under the snow and were hospitalized Wednesday, the Interior Ministry said. There was no further information on their conditions. 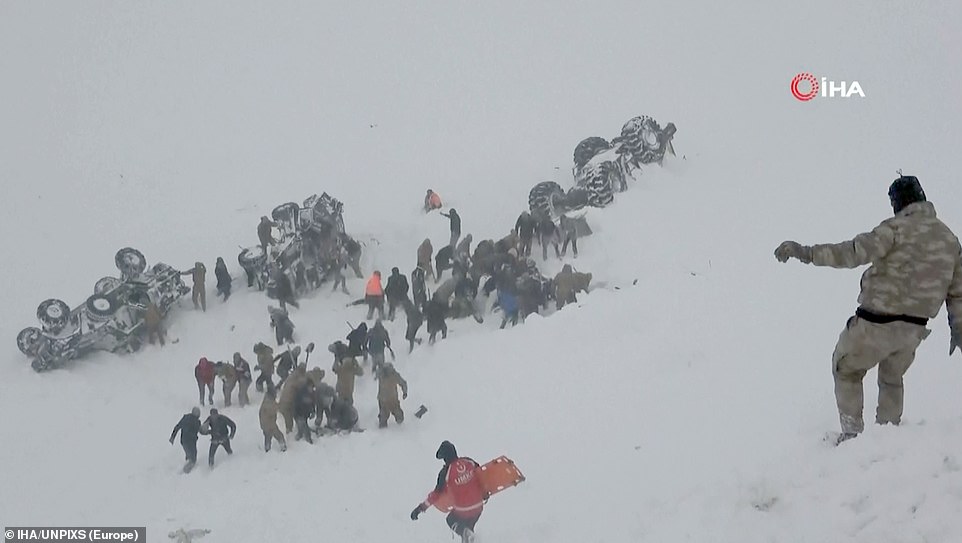 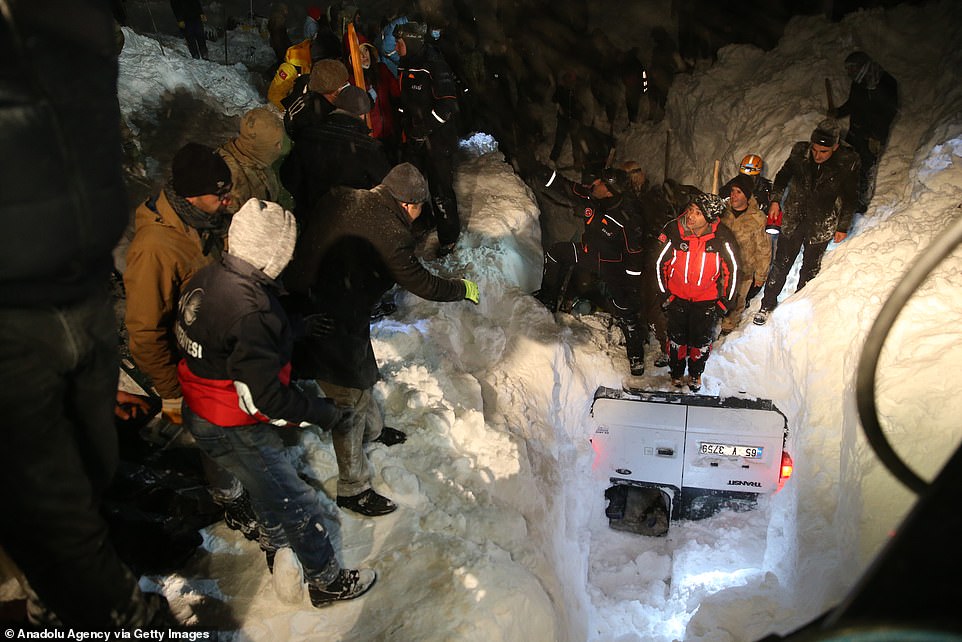 Tuesday night’s first avalanche had buried a snow-clearing vehicle and a minibus, killing five people and leaving two others missing.

Rescue workers were today searching for those two missing people, hampered by fog and snow, when they were hit by the second avalanche.

Meki Arvas, mayor of Bahcesaray, said eight rescuers’ bodies were recovered from the mass of snow on the steep slope. 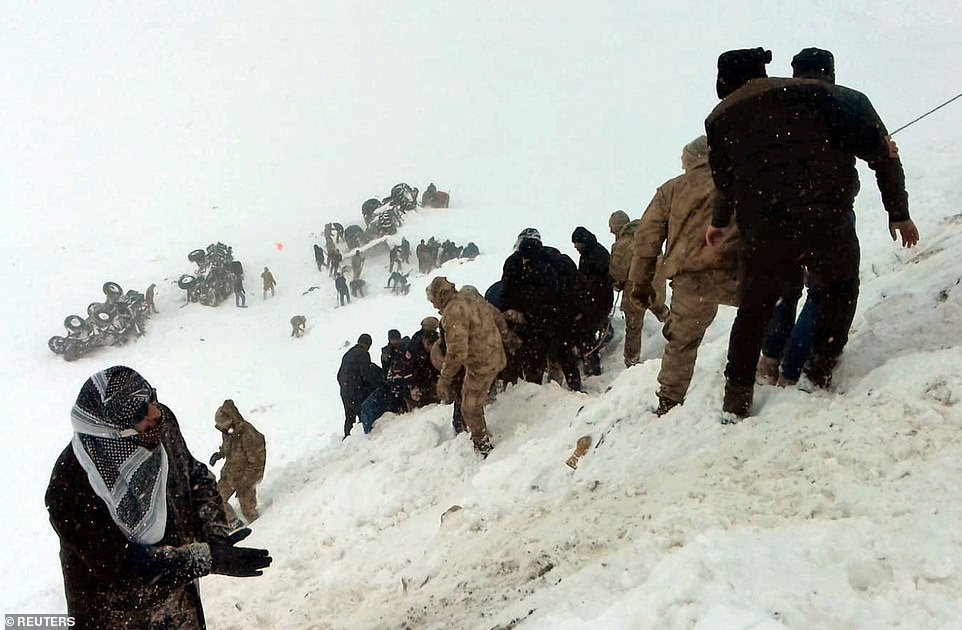 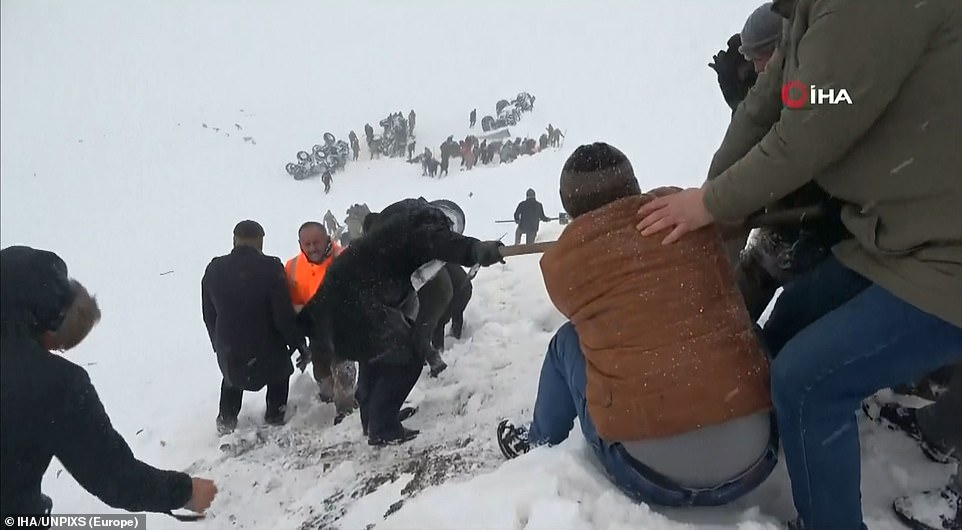 Governor Mehmet Emin Bilmez said 25 emergency service members were rescued from under the snow and taken to hospital.

The minibus operator, Bahattin Karagulle, was trapped beneath the snow for some 25 minutes before he managed to break a window and escape yesterday.

The state-run Anadolu agency quoted him as saying that he walked towards a village before he was picked up by a vehicle and managed to seek help. 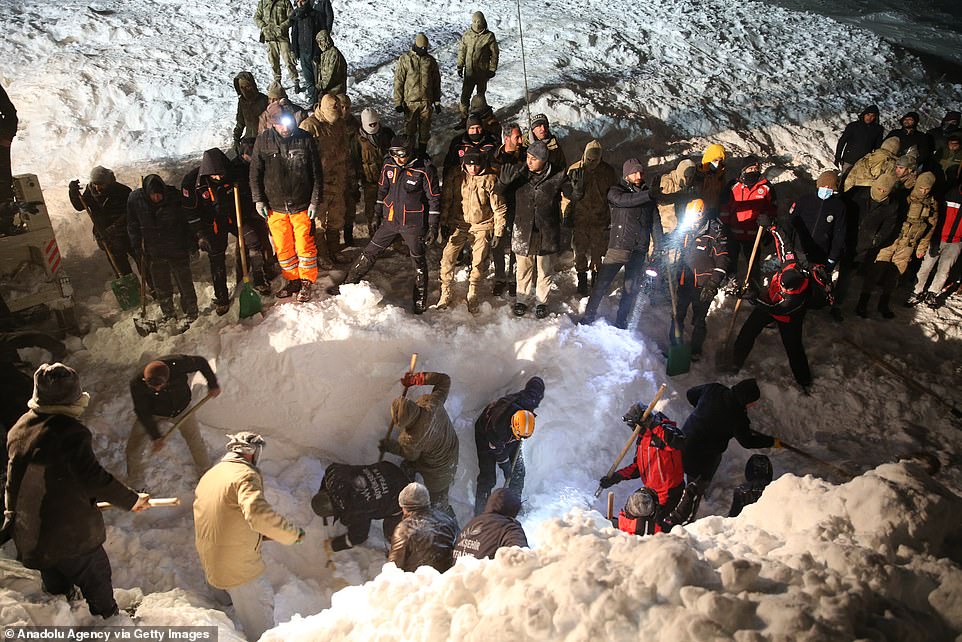 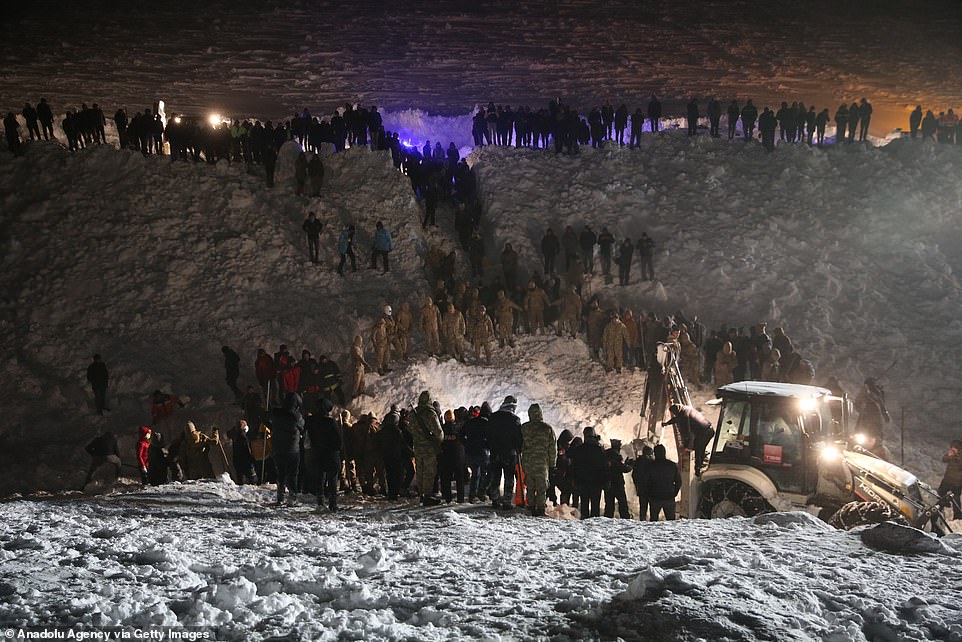 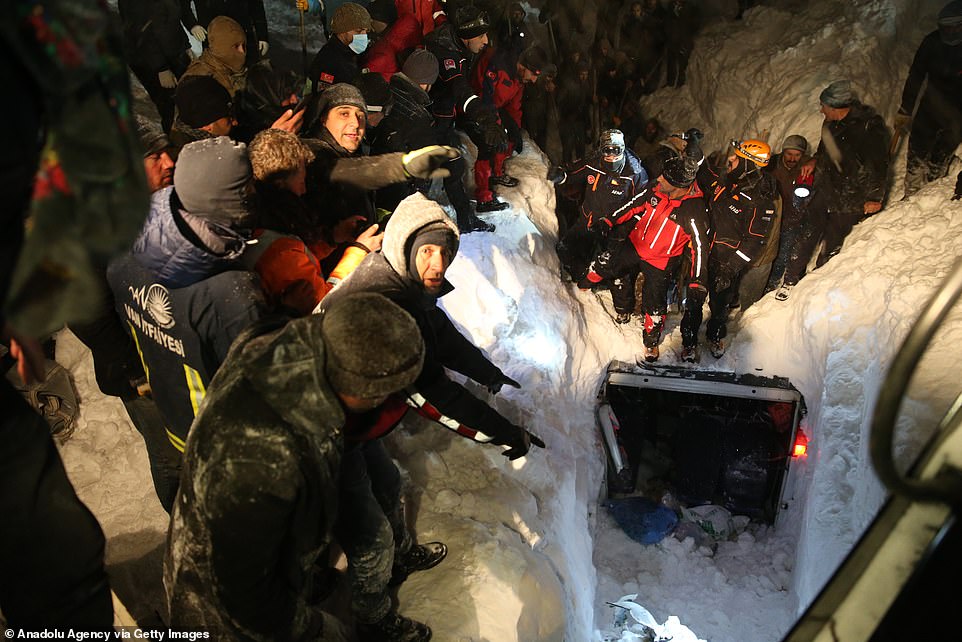