A woman was left heartbroken after her beloved dog choked to death on a small ball at a dog park.

Bella Cook, 22, has a rare chromosomal disorder called mosaic ring 22, which her dog Bowie helped her with.

So she was completely devastated when the pooch, a border collie cross bull arab, choked on a small Chuckit! Ultra Ball while on a walk with her father David.

David was playing with Bowie at a dog park in Narraweena, northern Sydney, when he threw the ball for the dog to chase.

He was alarmed when the dog started choking on the small ball, which had become lodged in his throat,  reported. 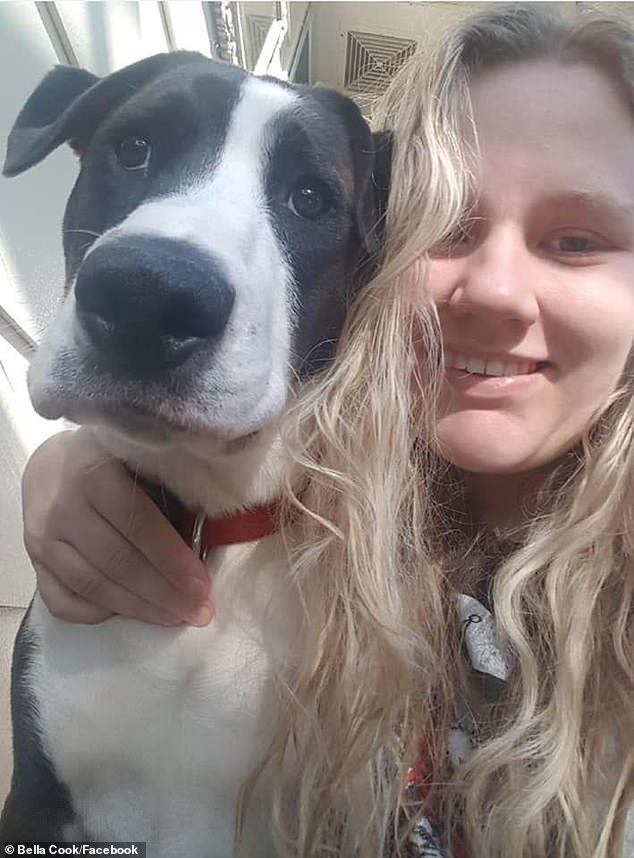 She said her father almost immediately realised something was wrong but the closest vet was a 30 minute drive from the park.

Miss Cook said Bowie was in distress for the entire trip to the vet where he was told the dog would require emergency surgery.

The ball had caused irreversible damage to Bowie and Miss Cook’s father had no option but to have the dog put to sleep.

‘My dad had to make the horrible decision to have him put down. He said watching him die will stay with him for the rest of his life. It was simply horrible,’ she said.

Sadly Miss Cook was at work at the time of the incident but her family made sure she got a chance to farewell her beloved dog. 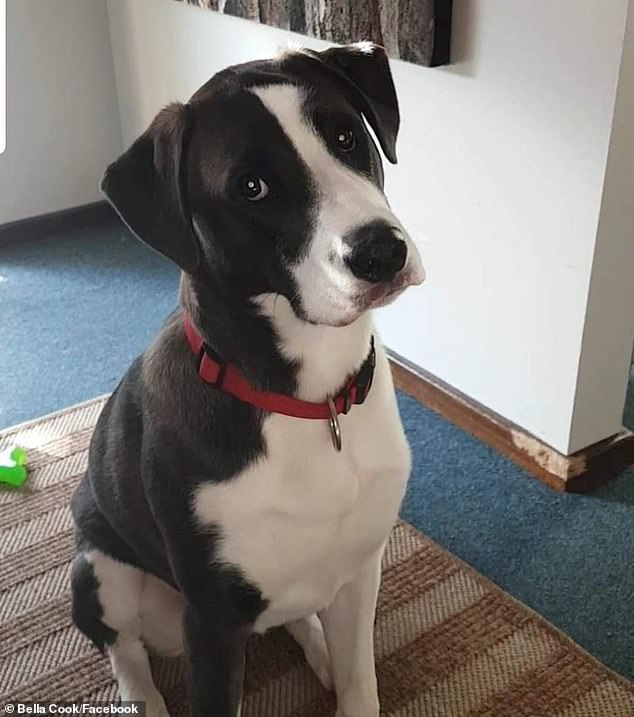 ‘They bought him up for me with a blanket around him and the candle I got so I could hug and kiss him. He looked at peace,’ she said.

‘I live with my dad. My dog helped me with losing weight and a break up with my boyfriend. I also have a cat which I love, but it’s not the same as a dog.’

She has now warned other dog owners to be more careful when it comes to choice of dog ball.

Bowie choked to death on a Chuckit! Ultra Ball, size small, which on the front says is ‘for small dogs only’. 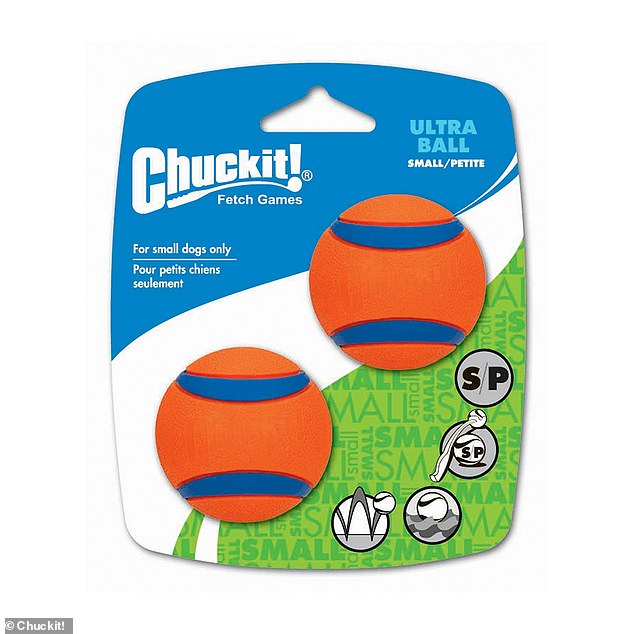 Bowie choked on a Chuckit! Ultra Ball (pictured) small size which is labeled for use with small dogs only

Miss Cook doesn’t want other dog owners to go through the heartbreak she has and has urged them to make sure they avoid small balls for large dogs.

Texas college removes 'sexist' signal from hallway that instructed women to 'act like a girl' after ...
Sister of cop guilty of shooting dead unarmed black teen hopes 'trash brother gets what he deserves'
NFL claims it asked police in February for video of ex-Chiefs star Kareem Hunt attacking a woman
Democratic Representative Ilhan Omar calls for tax on the wealthy of 'up to 90 per cent'
Footballer is suspended for five years in France after biting opponent's penis
Saudi Arabia temporarily BANS religious pilgrims from visiting Mecca to prevent the coronavirus
Dennis Rodman's top 10 craziest stories on and off the basketball court
Scammers use encrypted messaging to sell tutorials on how to steal unemployment for $50 of Bitcoin