A mother ‘completely broke down’ when she discovered a massive metal container had been dumped on the grave of her son who was shot dead in .

Diane Douglas had gone to lay flowers on son Allan’s grave at Dyce Cemetery in Aberdeen, Scotland, on the anniversary of his death.

Allan was just 22 when he was shot while on routine patrol in Al Amarah, Iraq.

He was serving as a Lance Corporal with the 1st Battalion The Highlanders in 2006. 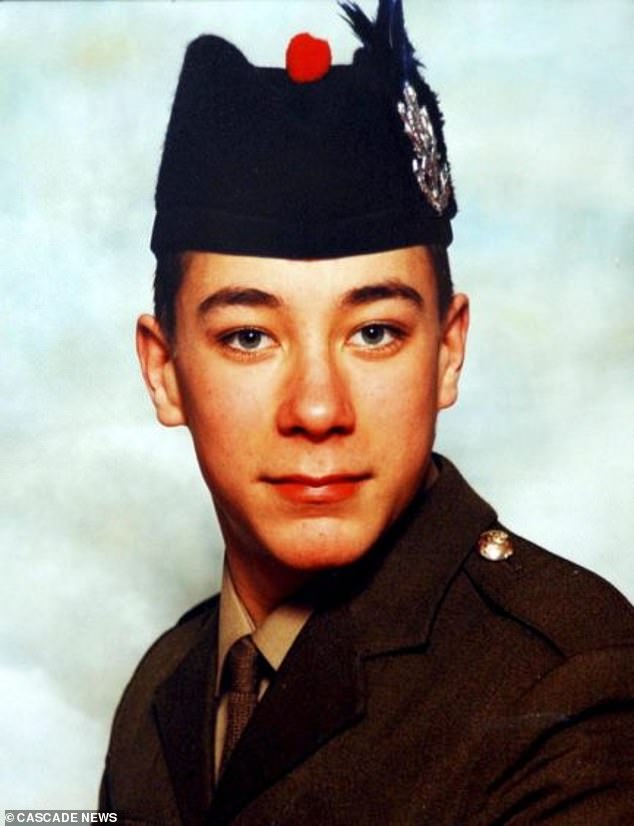 Diane, who makes monthly visits to the grave from her home in Arbroath, was with daughter Donna and son-in-law Paul. Husband Walter did not accompany them as he’s suffering ill health.

The mum was left in tears after seeing the container positioned on his resting place – and claimed it is the second time this had happened.

The box is ‘stood on top of everything’, according to the heartbroken mum. 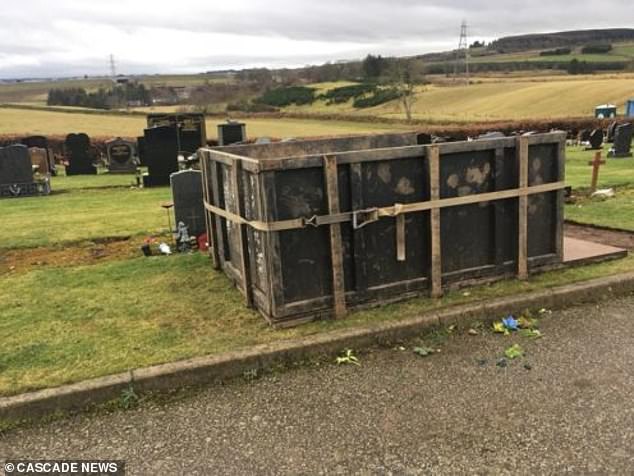 His grave at Dyce Cemetery in Aberdeen, Scotland, has been dumped with a large metal box (pictured). The soldier’s mother Diane Douglas was shocked when she discovered her beloved son’s resting place had been covered

‘I know people need to be buried but surely they can read the front of the headstone and realise it is the anniversary and that their relatives would more than likely visit that day.’

She ‘completely broke down’ when she got home from seeing the metal box which left her feeling like the graveyard is ‘completely out-of-hand’.

‘Upset is not the word to describe how I felt, it was just a massive letdown.’ 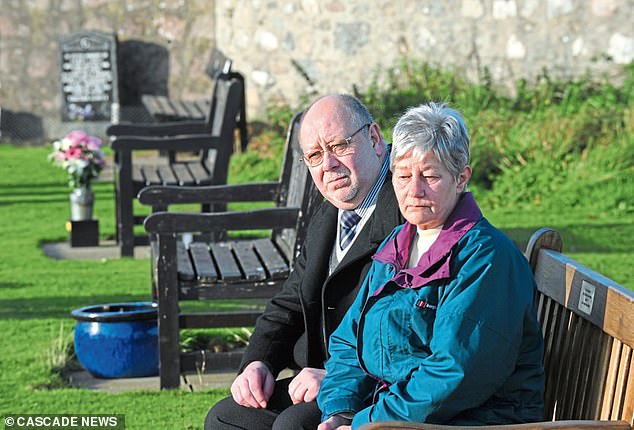 Diane (pictured with partner Walter) who makes monthly visits to the grave from her home in Arbroath, was with daughter Donna and son-in-law Paul. She claimed ‘upset’ would not come close to describing her feelings and felt the graveyard was a ‘massive letdown’

A city council spokesman apologised for the upset caused by the ‘unavoidable grave digging works’ and explained a similar box would have been used when digging Allan’s grave.

He said: ‘The box in question is a soil box which is required for the digging of the grave. This is common practice in cemeteries across the country and a similar box would have been laid on the adjoining graves when Mr Douglas’ grave was being prepared’

They added how workers have ‘no option’ but to walk on either side of the grave and the site would be restored once the burial has taken place.

Strictly Come Dancing: Darcey Bussell wears fuchsia pink ballgown
Tens of thousands take to the streets of London to demand a People's Vote
Adele has never looked more stunning...how life after marriage is clearly suiting the singer
How do I qualify for pension credit to keep my free TV licence?
Royal Mail lorry pushes VW Golf SIDEWAYS along busy London dual carriageway
Up to a foot of snow will dump down on northern Britain this weekend
The power crazed crook in the Kremlin: The Oligarchs thought he'd last one term
'Cytokine storm' may be to blame for life-threatening condition in kids with covid