Fern Britton has split from her husband Phil Vickery.

The 62-year-old television presenter has announced she is ending her 20-year marriage to her husband and celebrity chef Phil, but has insisted the pair will ‘always share a great friendship’.

On Twitter, Fern wrote: ‘After more than 20 happy years together, Phil and I have decided to go our separate ways. We will always share a great friendship and our lovely children. 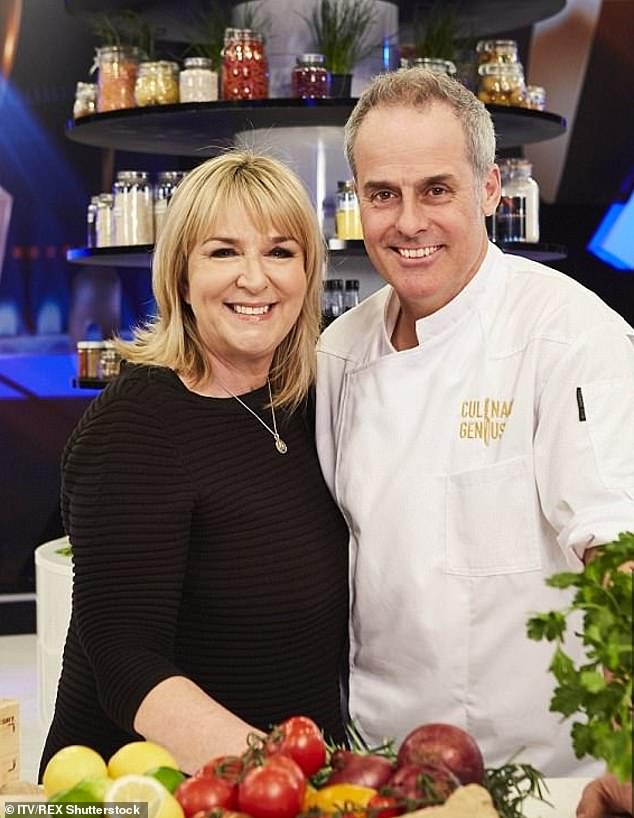 Over! Fern Britton has split from her TV chef husband Phil Vickery

‘We would appreciate it if our privacy is respected at this time. Thankyou for your continued kindness and support. (sic)’

Fern and Phil have 18-year-old daughter Winnie together, whilst the Ready Steady Cook presenter also has twins Harry and Jack, 26, and Grace, 23, with former husband Clive Jones.

The couple tied the knot 20 years ago in 2000, after Fern had split from Clive in the same year following a 12-year marriage.

They met on This Morning when Fern hosted the show alongside Philip Schofield – who now hosts with Holly Willoughby – and the star previously said she never thought she would find love again as a mother of three children.

Speaking previously about the start of their romance, Fern said: ‘The boys were four; Grace hadn’t even started toddling.

‘I remember thinking at the time that nobody was going to take a 40-something woman with three kids.

‘Then, one day at work, someone said, “Phil Vickery fancies you.” And I went, “Remind me – which one is he?”

‘Eventually, I kidnapped him, put him and his dirty washing – he was single at the time – in my car and drove him home. The next day, he baked me his irresistible gooseberry crumble.’