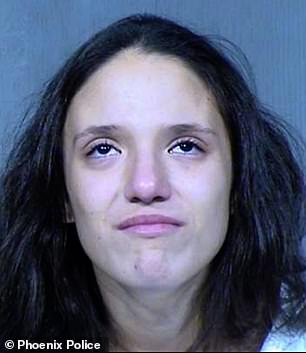 Rachel Henry (pictured), 22, who confessed to killing her two young daughters and son was reportedly a meth user whose children had previously been removed from her home

An Arizona woman who was arrested on Tuesday for allegedly smothering her three children to death in their family home, propped their bodies on a sofa as if they were napping, authorities said.

Rachel Henry, 22, was booked into the Maricopa County jail on three counts of first-degree murder after admitting she had harmed the children, Phoenix Police Sergeant Mercedes Fortune said.

Police initially said the cause of the children’s deaths had yet to be determined and there were no obvious signs of trauma.

But a probable cause statement filed in court by police and later made public said Henry had admitted to deliberately smothering each child – two girls, aged seven months and a year, and a three-year-old boy – starting with the older daughter.

The probable cause statement filed by police said Henry confessed to placing her hands over the nose and mouth of the victims until each stopped breathing.

She reportedly described smothering the one-year-old while the girl’s brother looked on, yelling at his mother to stop and punching her ‘to no avail’.

Henry recounted smothering the three-year-old next, straddling him on the floor of a bedroom as she sang to the child.

The boy tried scratching and pinching her until he died, according to the probable cause statement. 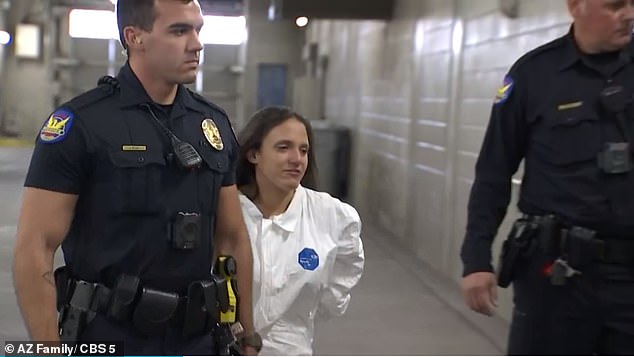 A probable cause statement filed in court by police and later made public said Henry (center) had admitted to deliberately smothering each child – two girls, aged seven months and a year, and a three-year-old boy – starting with the older daughter

Authorities said she then fed her seven-month-old daughter a bottle before smothering her, again while singing to the infant.

Afterward, according to the statement, Henry placed all three children ‘on the living room couch as if they were taking a nap’ without telling either of the two other adults in the house what had happened.

Police said they went to the home on Monday night after responding to an emergency call from a relative inside and found the three children who were pronounced dead in the living room at the residence. 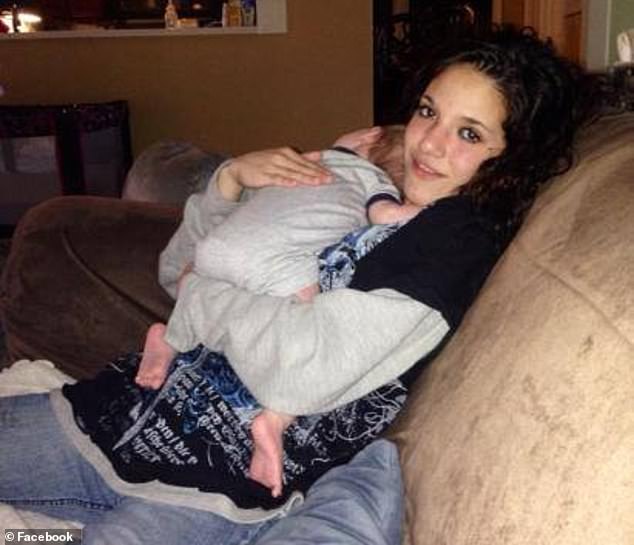 Henry, pictured holding a young child in 2013, placed all three children ‘on the living room couch as if they were taking a nap’ without telling either of the two other adults in the house what had happened 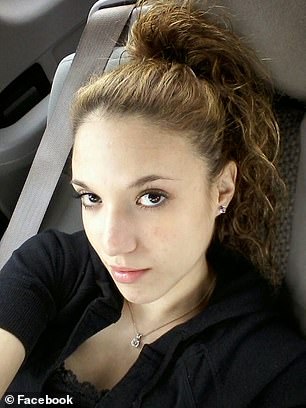 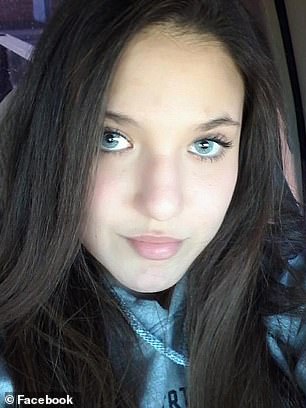 Henry recounted smothered her three-year-old, straddling him on the floor of a bedroom as she sang to the child

Authorities offered no possible motive for the killings, but court records cited one of the other adults in the house as having told police that Henry ‘had a methamphetamine addiction and had been acting strange the past several days’.

It was also reported earlier on Tuesday that the children had previously been removed from their family home because Henry’s alleged addiction.

A representative from the Maricopa County Attorney’s Office said late Tuesday that Henry apparently admitted to having a history of addiction to methamphetamine and that her children were previously removed from her care, according to .

Authorities said the alleged drug abuse likely occurred in Oklahoma because the Arizona Department of Child Safety said it had no previous contacts with Henry.

The family moved to Arizona over the summer from Oklahoma.

Video shot by the station showed Henry dressed in a white Hazmat suit with her hands restrained behind her back, being brought to the 4th Avenue Jail, where she is being held without bond.

Henry said nothing in response to questions from reporters asking her to address her children’s deaths. 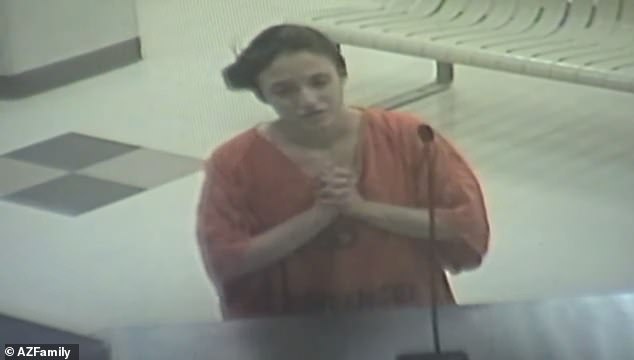 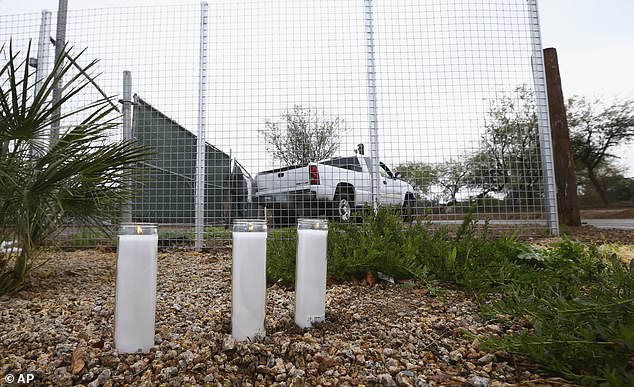 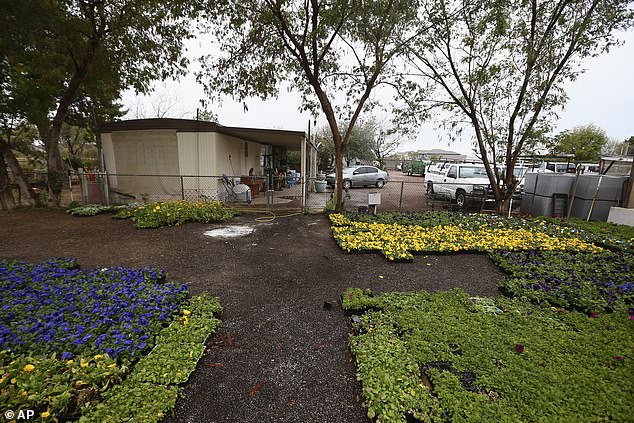 Responding officers found the three children dead in the living room, authorities said. The children were unresponsive and were pronounced dead after officers administered CPR and firefighters provided first aid 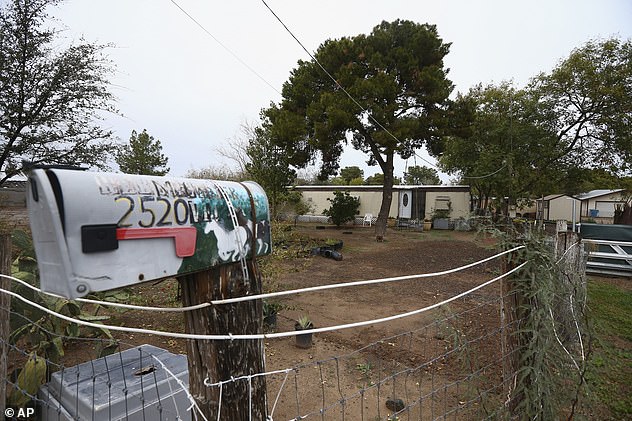 Henry initially claimed an illness may have been a factor because the youngsters had been sick earlier in the night.

According to reports, officers first received an ‘unknown trouble call’ from one of the parents and when police arrived at the home, they were greeted by three adults.

The 30-year-old father and a 49-year-old relative identified in redacted court records as the homeowner and an aunt were also taken in for questioning.

A neighbor told local reporters he went outside after hearing a helicopter above the residential area.

David Ware said the property where the children were found included a landscaping business or plant nursery, with trucks often coming in and out.

He told : ‘I’ve always just assumed it was an active business.  I’ve never seen children on the property.’

Officers arrived at the scene in Phoenix, Arizona, on Monday evening and found the three young children unresponsive 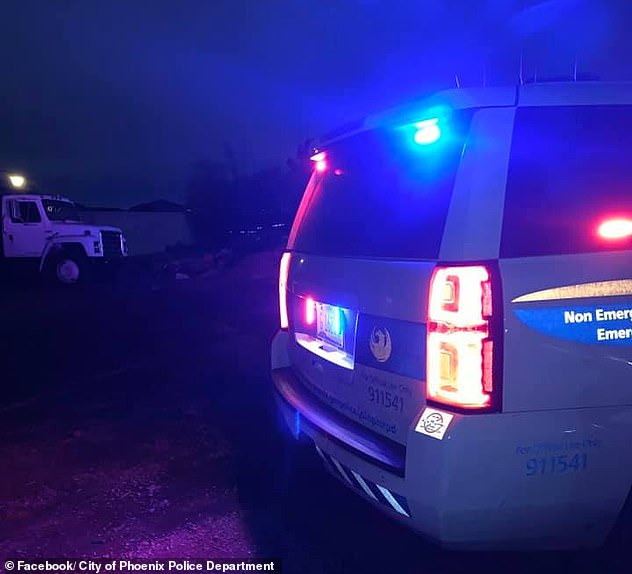 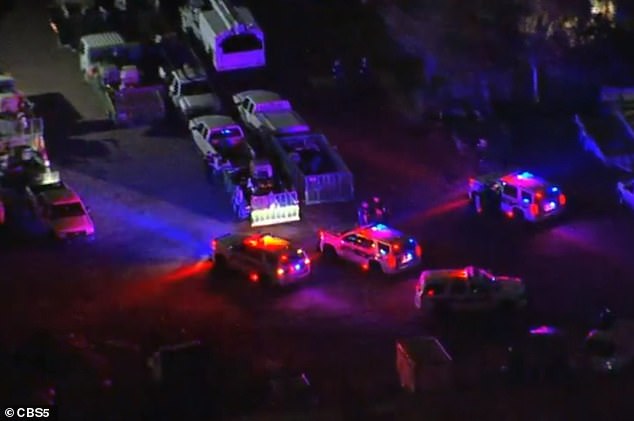 Neighbors said the property where the children were found appeared to be a landscaping business, with trucks often arriving and leaving. Pictured (above) police at the scene Monday

Ware said that ‘cops went frantic’ at the scene, adding: ‘I freak out, you panic. You want to make sure there’s not a present danger to your children.’

First responders who tried to save the children’s lives were sent home early after the traumatic event.

The family lives in a neighborhood with old homes of wood or stucco, where a white Spanish-style church graces a corner.

But there is new construction going up all around, with a golf course and several housing developments of single-family homes priced at more than $500,000.

Court records showed that Henry is being held in lieu of bail of $3million.

It was not immediately clear if Henry had an attorney. Her next court date is scheduled for January 31.