A father’s recording of a scene just moments before he says he was pushed over by an officer for refusing to stop has emerged.

David Baldwin, 32, was legally filming an arrest on his phone when he was approached by an officer, who he described as ‘aggressive’, in Seacroft, Leeds, West Yorkshire.

He was then pushed to the ground and held down by a police officer who it is understood is now facing investigation. 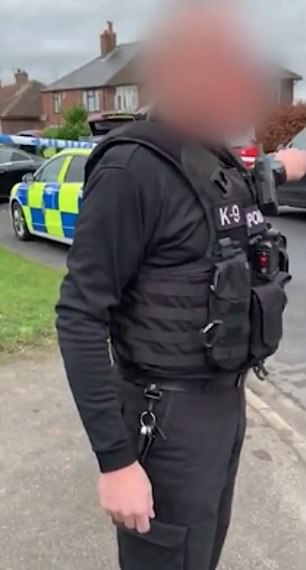 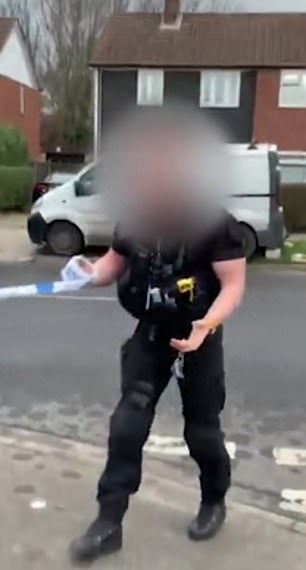 David Baldwin, 32, was legally filming an arrest on his phone when he was approached by an officer in Leeds

David also admitted attempting to speak to one of the arrested men while standing close to the scene.

In the video, three police cars and one police van can be seen parked across a residential street that has been cordoned off, in the clip from January 11.

Seconds later the officer pushes David in the chest, causing him to tumble backwards on to the concrete pavement.

When David struggled back to his feet one officer appears to have his hand near his neck while another appears to be controlling his arms.

After a third officer arrives on the scene David is tackled to the ground once again and straddled before having handcuffs wrapped around his wrists.

He has since lodged a complaint with West Yorkshire Police and his case has been referred to the force’s Professional Standards Directorate.

David said: ‘I was on public land, well within my rights, when the police officer came over and started pushing me. 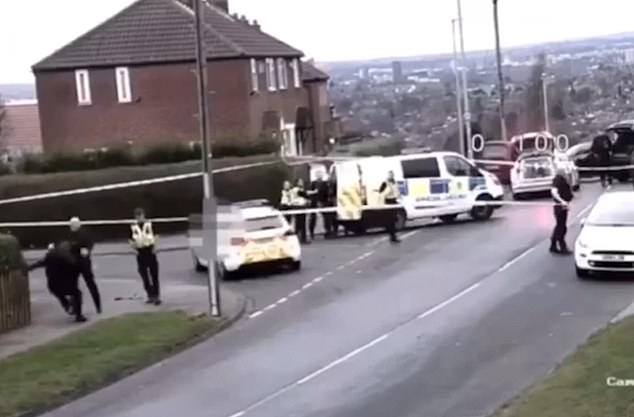 CCTV cameras recorded the altercation in Seacroft in Leeds, West Yorkshire, on Saturday, January 11 as four police vehicles parked across a residential street that has been cordoned off 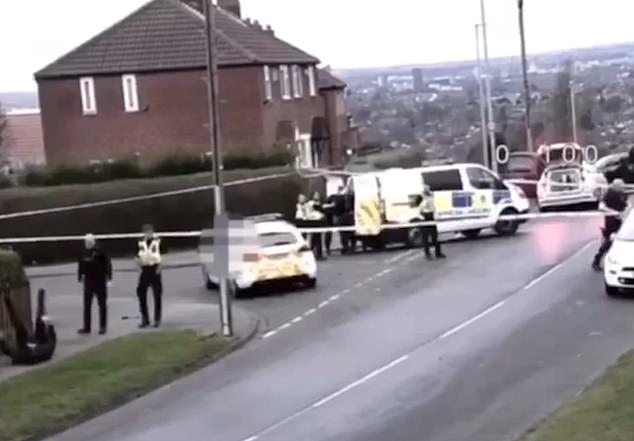 Seconds later the cop pushes David in the chest, causing him to tumble backwards on to the concrete pavement (far left)

‘I ended up on the ground before he even gave me a chance to move – his approach to me was really aggressive and over-the-top.

‘All of their attitudes were disgusting, they were treating me like a criminal.’

Their response ‘could have caused me a seizure’, according to David who suffers epilepsy and has a brain tumour.

He is in remission after being diagnosed with a brain tumour four years ago, although he is still on heavy medication and unable to return to work as a scaffolder.

He admits the police officers may have been provoked by the fact he attempted to speak to one of the arrested men.

‘Despite that I still think the officers’ attitude towards me was way over-the-top and unnecessarily aggressive.’ 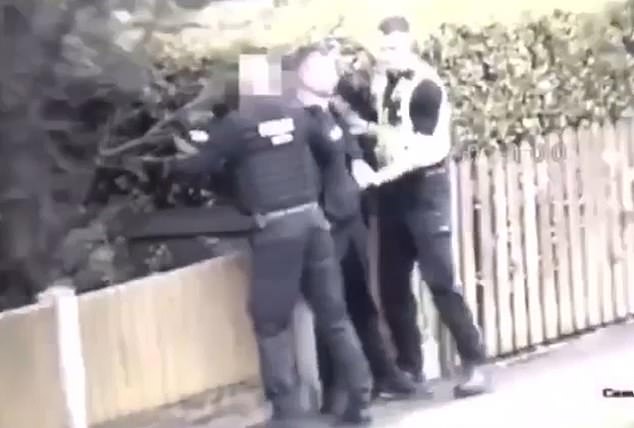 On the day of the incident he was in his garden when he heard a crash down the street, which turned out to be the noise of an unmarked police car crashing into another vehicle.

Armed officers surrounded the car and arrested three people over a firearm discharge the day before.

The entire incident, including David’s arrest, was captured by CCTV cameras attached to the outside of his house. 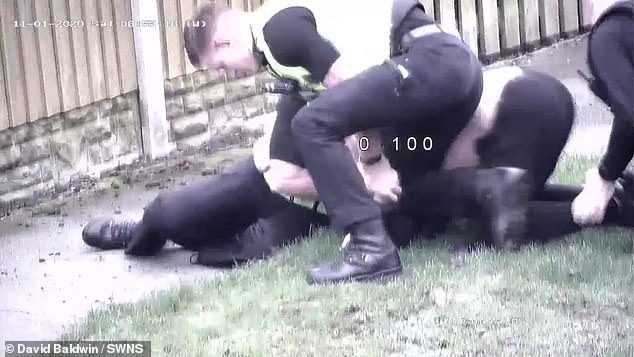 David, who has got three children aged four, seven and eleven, was clearly outside the police cordon when he pulled out his mobile to start filming.

According to guidelines provided by the Association of Chief Police Officers, ‘there are no powers prohibiting the taking of photographs, film or digital images in a public space’.

The guidelines go on to say, ‘members of the public should not be prevented from doing so’. 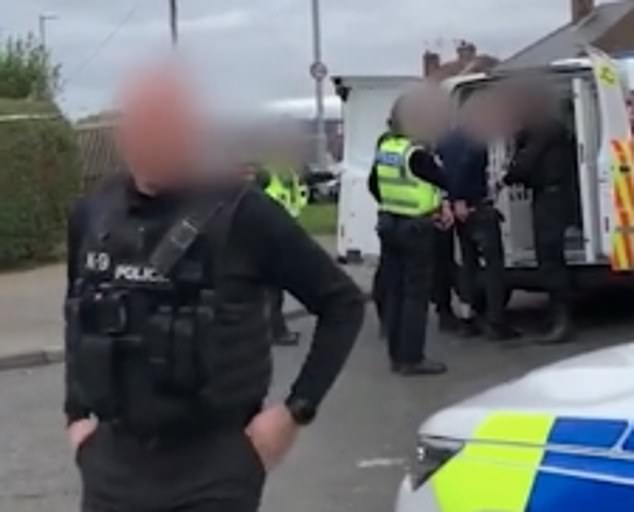 David, who has got three children aged four, seven and eleven, was clearly outside the police cordon when he pulled out his mobile to start filming

David suffered a cut to his lip after being thrown to the ground and bruising to his ribs, underarm and leg.

West Yorkshire Police have confirmed they are looking into the incident.

A spokesman said: ‘A man has been arrested on suspicion of obstructing an officer at a scene where armed officers had stopped a car in Ramshead Approach, Seacroft, and arrested three people in relation to a firearm discharge in Kentmere Avenue, Seacroft, on Saturday.

The man was later released without charge and the Professional Standards Directorate will investigate the incident further.