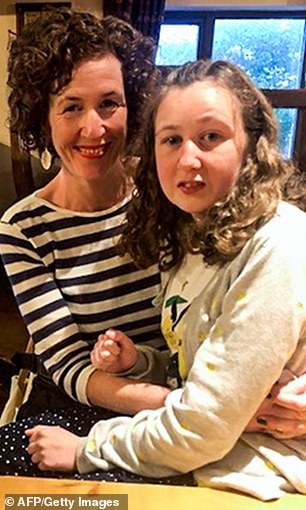 Nora Quoirin’s devastated mother told how she cried ‘no’ when the 15-year-old’s unclothed body was discovered in a Malaysian jungle.

Meabh Quoirin and her husband Sebastien insisted that their daughter – who had learning difficulties – would not have wandered off alone so had to have been abducted.

Nora’s body was discovered in August after a massive hunt through dense rainforest, not far from the Dusan Resort, where the -based family had been on holiday.

In her first interview Mrs Quoirin told RTE’s : ‘Immediately we knew. I can still hear myself screaming “no” at the police officers, but we had to face the inevitable.’

Talking about the moment he realised Nora was gone, Mr Quoirin said: ‘I looked at the bed, Nora was missing and I could feel it in my bones.

‘You cannot underestimate the parental instinct.’

Mrs Quoirin added: ‘We believe she was abducted and kept in the jungle for the time she was missing.’ 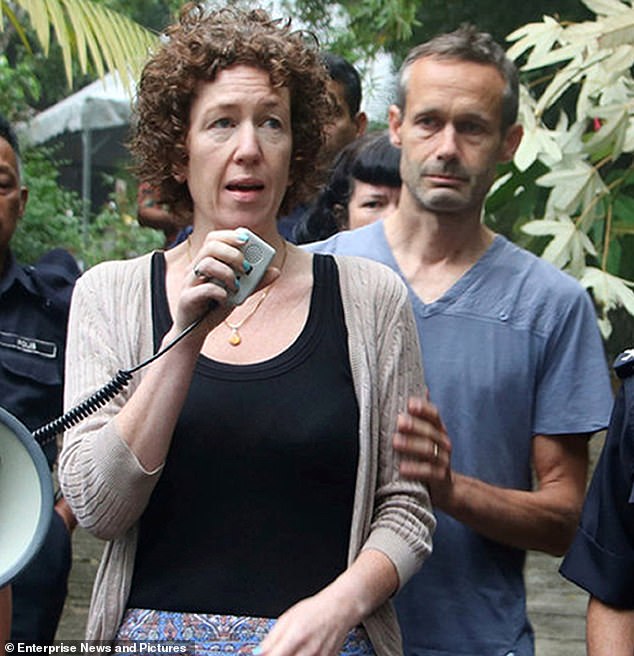 Mrs Quoirin and her husband Sebastien insisted that their daughter – who had learning difficulties – would not have wandered off alone. Pictured: Nora’s parents making an appeal to find her

But Mr and Mrs Quoirin believe there was a ‘criminal element’ in the case as the teen would not have wandered off alone, but Malaysian police insist there was no sign of foul play.

The couple ‘strongly refute’ the police report that says Nora, who had ‘significant physical and mental challenges’, was alone for the duration of her disappearance.

In her first interview Mrs Quoirin told RTE’s The Late Late Show: ‘Immediately we knew. I can still hear myself screaming “no” at the police officers, but we had to face the inevitable.’ Pictured: Nora

They also said the police have refused to turn over a full account of the post-mortem, according to the .

In a written statement released by the Lucie Blackman Trust, the Quoirins said that they are ‘shocked by the decision’ made by the coroner’s office.

They said they received an incomplete explanation from the pathologist who confirmed the ’cause of death as gastrointestinal bleeding and an ulcer (likely brought on by starvation and/or stress).’

They allege that the decision to discontinue the case ‘prevents justice from being done’.

The teen disappeared on August 4, a day after arriving at the Dusun, triggering a 10-day hunt involving hundreds of people, helicopters and sniffer dogs.

The results of an autopsy found she likely starved and died of internal bleeding, with police saying there was no indication she was abducted or sexually assaulted.