Mad Max: Fury Road has been crowned as the ‘greatest film of the century’ beating the likes of : The Force Awakens and The Lord Of The Rings: The Fellowship Of The Ring to the post.

In a list published by this month’s  called ‘100 Greatest Movies of the Century’, the Tom Hardy and Charlize Theron blockbuster came in top after being voted by critics and readers.

Meanwhile Star Wars: The Force Awakens came in at 48 out of the list of 100, with The Lord Of The Rings: The Fellowship Of The Ring finishing in second place despite coming out top on the readers’ choice. 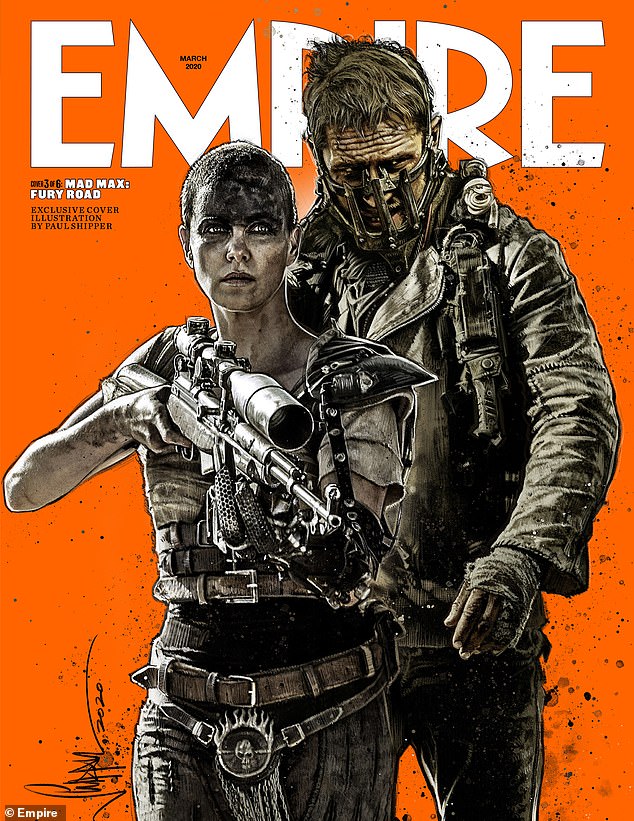 In fact, all three of the The Lord Of The Rings trilogy films made the list with The Return Of The King finishing at 43 and The Two Towers coming in at 53.

Also making the top five list of films were The Dark Knight at number three and Inception at number four, both directed by Christopher Nolan, while Barry Jenkins’ Moonlight came in at number five.

The underdog smash film became one of the year’s biggest movies in 2015, racking up $21.7 million (£16.7 million) at the local box office and over $500 million (£384 million) globally, picking up six Oscars and ten AACTAs in the process.

The project was filmed over 120 days and was almost 20 years in the making, Hardy stars as Max Rockatansky while Theron plays Imperator Furiosa.

On Mad Max: Fury Road’s win, director George Miller, 74, said: ‘It’s a lovely pat on the back… how do you measure the worth of a film? The best I can come up with is to ask, “How long does it follow you out of the cinema?” 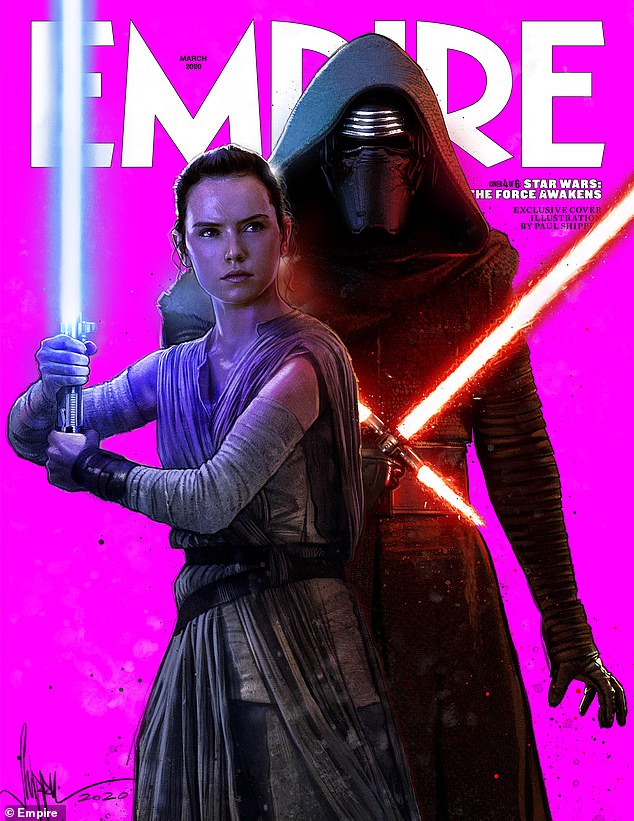 Also making the list: In a list published by this month’s Empire magazine called ‘100 Greatest Movies of the Century’, Star Wars: The Force Awakens came in at 48 (pictured)

‘Some films you’ve forgotten by the time you get to the car park. Others seem to follow you around for the rest of your life.’

Miller continued on his refusal to give up on it after almost 20 years in the making: ‘Whenever it fell down, it didn’t stop me thinking about it. You couldn’t kill it with a stick.’

The Oscar-winning director also sweetly added about Theron’s performance as Imperator Furiosa: ‘There were times when I remember sitting at the back of The War Rig, and Charlize would be driving back to set.

‘I’d think “Wow, if this was the apocalypse, I’m glad she’s driving The War Rig.” She was Furiosa.’

The Oscar-nominated Little Women director, 36, spoke about the legacy of the movie with the magazine: ‘The thing that’s been most moving is really the girls. I live in New York, by NYU and by New School, and there’s a lot of young girls who want to be filmmakers around who come and talk to me.

‘Honestly, it’s the sweetest thing. They’re very sincere and they’re never pushy; they just want to tell me about their mums and their dreams for their life. I’m very honoured that they’ve chosen me as their leader for this time being.’

Empire’s 100 Greatest Movies of the Century

14. Eternal Sunshine Of The Spotless Mind

16. Spider-Man: Into The Spider-Verse

19. The Wolf Of Wall Street

43. The Lord Of The Rings: The Return Of The King

47. Scott Pilgrim Vs The World

50. The Hunt For The Wilderpeople

53. The Lord Of The Rings: The Two Towers

73. Once Upon A Time In Hollywood

85. The Assassination Of Jesse James By The Coward Robert Ford

96. Guardians Of The Galaxy