A driver led police on a terrifying high-speed chase the wrong way down a dual-carriageway after officers found him asleep in the back of his car at a petrol station.

Landscape gardener Patrick McCabe, 24, was discovered snoozing while parked up by a petrol pump after a member of the public called officers.

But when he woke up, instead of getting out of his car, McCabe rammed one of two police cars which arrived on the scene before racing off. 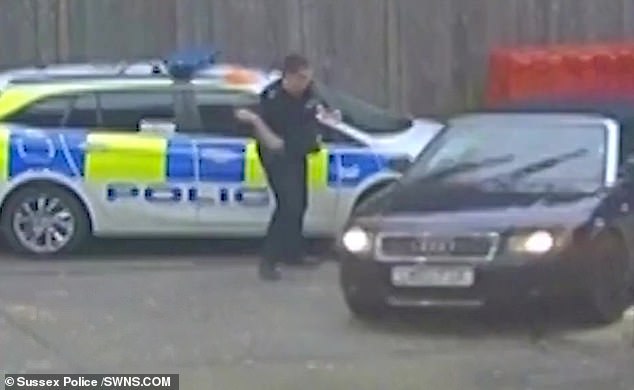 Police footage captures Patrick McCabe, 24, ramming one of two police cars. Officers arrived after a member of public found McCabe snoozing while parked up by a petrol pump 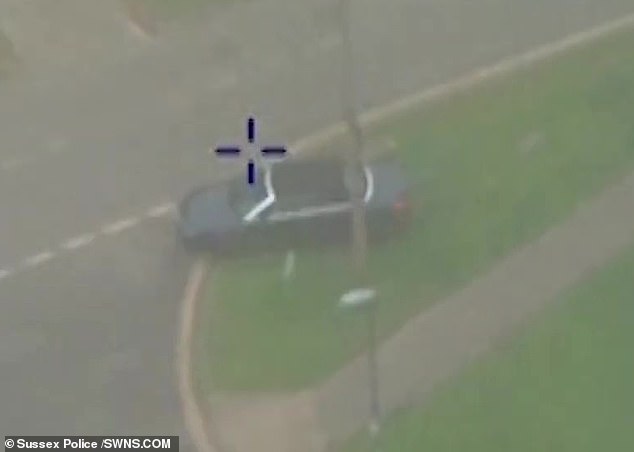 Police scrambled a helicopter to track McCabe during the chase in November. He led police the wrong way down a dual carriageway and narrowly avoided hitting a transit van

He then took them on a high-speed pursuit, driving on the wrong side of a dual carriageway and narrowly avoiding a smash with a transit tipper van.

Police also scrambled a helicopter to track the runaway through Copthorne, West Sussex, during the chase in November.

McCabe was tracked driving down a pedestrian path before fleeing from the vehicle.

Police helicopter footage captured the high-speed chase, showing McCabe being chased on foot before attempting to hide underneath a car in a nearby hotel car park. 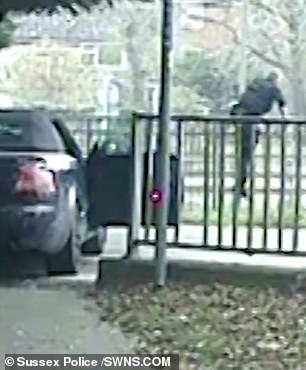 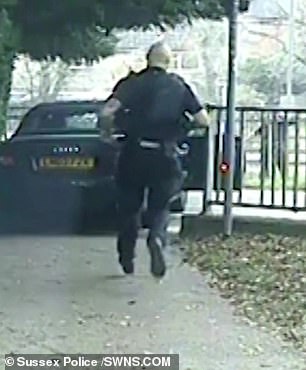 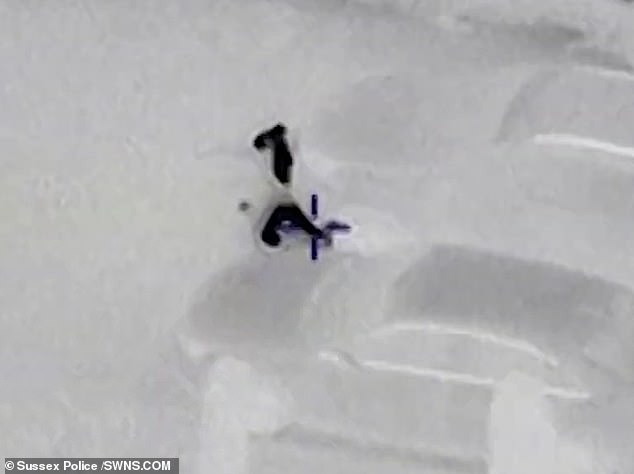 The video captures McCabe crawling underneath a car in a nearby hotel car park. He was given a 19-month jail sentence, suspended for two years 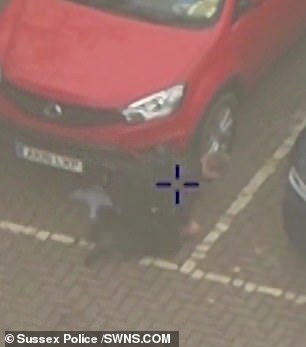 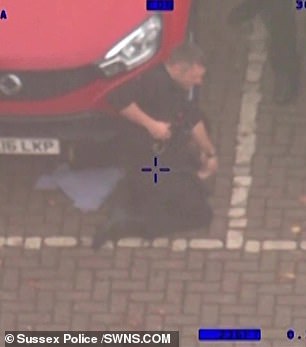 Footage shows the landscape gardener being caught by police officers who, despite his attempt to hide, found and arrested him straight away (pictured above)

He was also required to undertake 15 rehabilitation activity days.