The US Secret Service has revised its account of an incident where one of its off-duty agents shot and killed a dog in Brooklyn on Monday, saying that the pet was leashed but ‘unsecured’ and ‘aggressive.’

The agent was walking home near the corner of 8th Street and Caton Place in the Windsor Terrace neighborhood at around 10pm on Monday when he encountered a couple with their female Belgian Shepherd.

Police said the agent, who has not been named, told them the dog charged at him, prompting him to pull out his gun and shoot her. 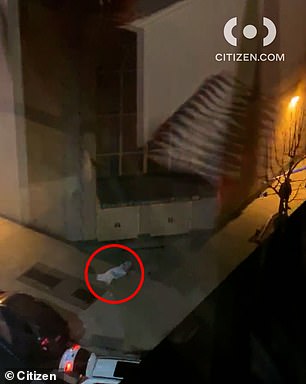 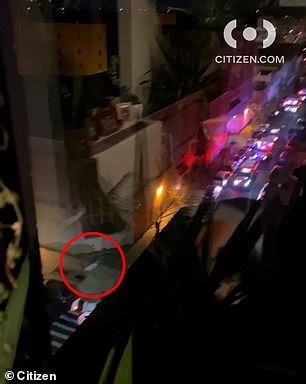 Videos posted on the Citizen app Monday night show a white sheet (circled in red) covering the body of a dog in the Windsor Terrace section of Brooklyn. The dog was said to have been shot dead by an off-duty US Secret Service agent 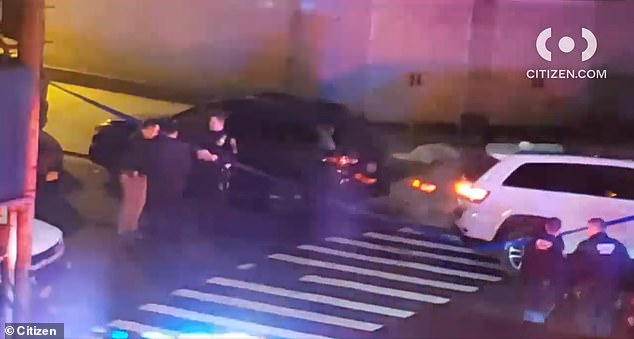 The Secret Service initially described the dog as ‘unleashed,’ but in a statement released to the DailyMail.com on Tuesday, the agency said the animal was ‘unrestrained and aggressive’ at the time of the shooting.

‘As this is an ongoing investigation, the Secret Service will not have further comment,’ the statement read.

Photos taken at the scene show the slain pet lying motionless beneath a white sheet in the middle of the sidewalk, with her leash still seemingly attached to her.

A source familiar with the investigation confirmed to DailyMail.com that the dog did have a leash but was ‘unsecured’ from her owner, who was not there at the time of the incident.

Witness accounts, however, describe seeing the dog accompanied by a man and a woman.

reported, citing unnamed police sources, that the federal agent became startled when the dog started barking at him as he rounded the corner and came face-to-face with the couple walking their pet. 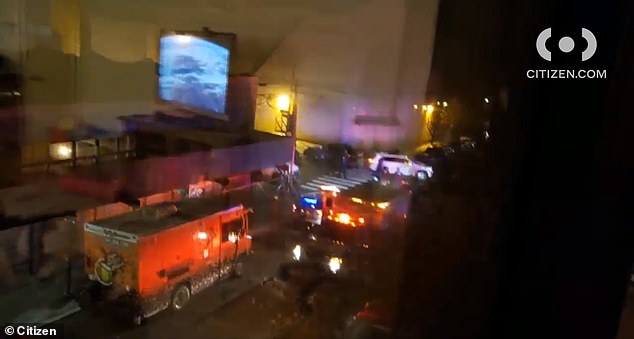 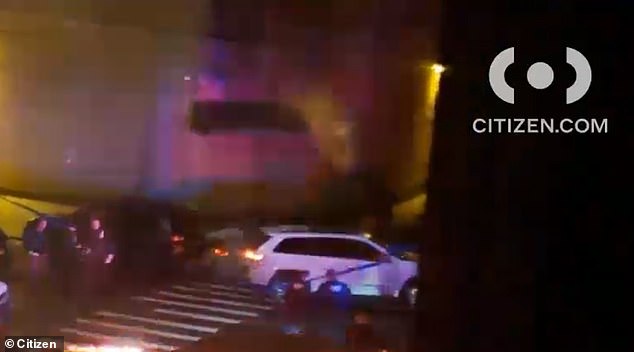 The US Secret Service claimed in a statement the dog was ‘unleashed,’ but closeup photos show the leashed still attached to the animal

The armed off-duty agent was said to have fired a single shot at the dog, causing her to collapse dead.

A witness, Walter Blankenship, recounted hearing the male dog owner yelling at the Secret Service agent: ‘I can’t f***ing believe you let the gun go off.’

Another witness told that responding police officers prevented the owners of the dog from touching her body while they investigated the shooting.

The NYPD cleared the scene around midnight, allowing the owners to pick up the body of their deceased pet and take it away in an SUV, according to