Airbus has introduced it’s new massive cargo jet which has the capacity to carry two wings from its giant A-350 XWB aircraft.

The BelugaXL, which landed today at Airbus Broughton  in north Wales is larger than the existing BelugaST aircraft and is capable of carrying more cargo.

The jet is designed to take wings from the assembly plant to other Airbus sites – and is expected to be at Broughton once or twice a week from now on. 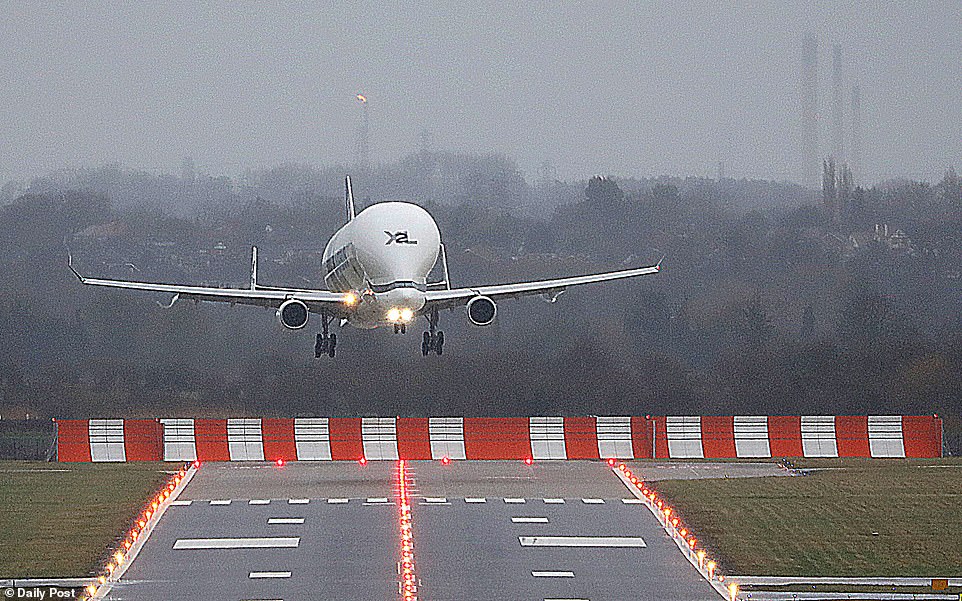 The unusually-shaped BelugaXL, pictured, landed today at Harwarden Airport having arrived in north Wales from Toulouse for the first time since entering service 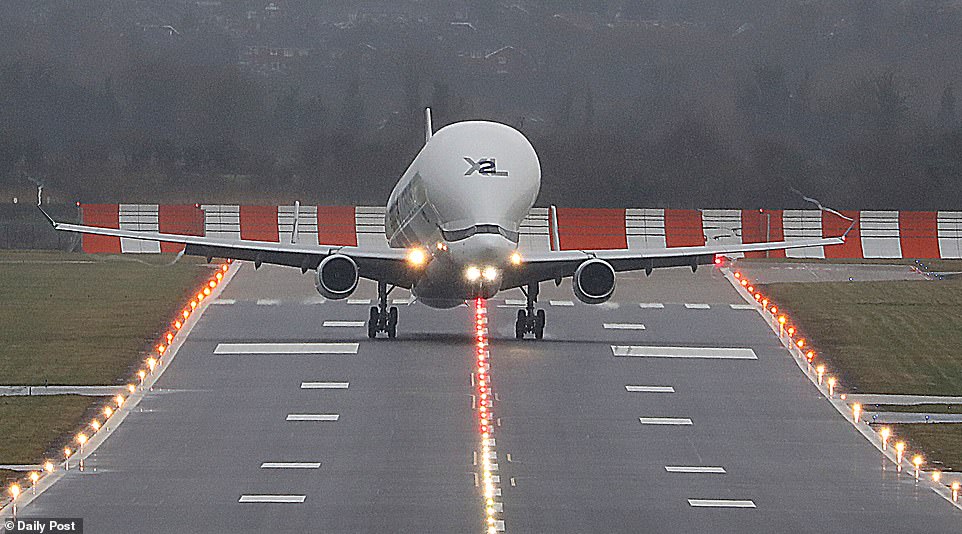 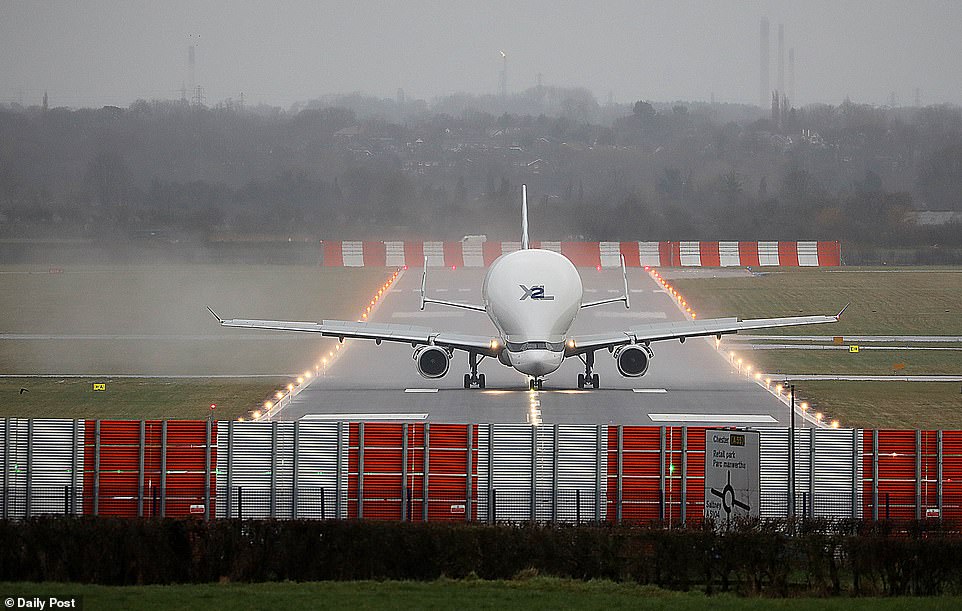 In the coming years a total of six BelugaXL planes will enter service as the ST is gradually phased out. The two plane types shared the runway briefly today.

The XL allows for 30 per cent extra transport capacity – being seven metres longer and one metre wider than its BelugaST predecessor.

With the largest cargo bay cross-section of all existing cargo aircraft worldwide, the BelugaXL can carry two A350 XWB wings compared to the BelugaST, which can only carry one.

With a maximum payload of 51 tonnes, the BelugaXL has a range of 2,200 nautical miles.

Launched in November 2014, the BelugaXL is based on an A330-200 Freighter, with a large re-use of existing components and equipment, the BelugaXL is powered by Rolls Royce Trent 700 engines.

The lowered cockpit, the cargo bay structure and the rear-end and tail were newly developed jointly with partners, giving the aircraft its distinctive look.