A woman who abandoned her baby in a Connecticut parking lot to freeze to death in 1988 has been identified by DNA testing, but won’t be charged due to a statute of limitations, police said.

Roche, who is now married and living in Haddam, said she was 25 when the child was born and that her life was a mess when she left him to die, the chief said. 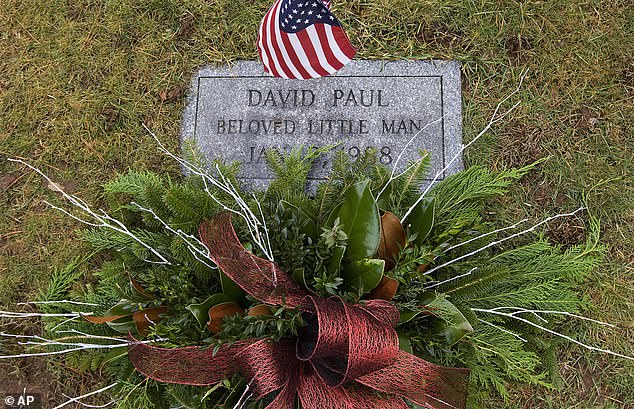 A woman who abandoned her baby in a Connecticut parking lot to freeze to death in 1988 has been identified by DNA testing, but won’t be charged due to a statute of limitations, police said. The child had been known as David Paul, by those who had discovered his remains 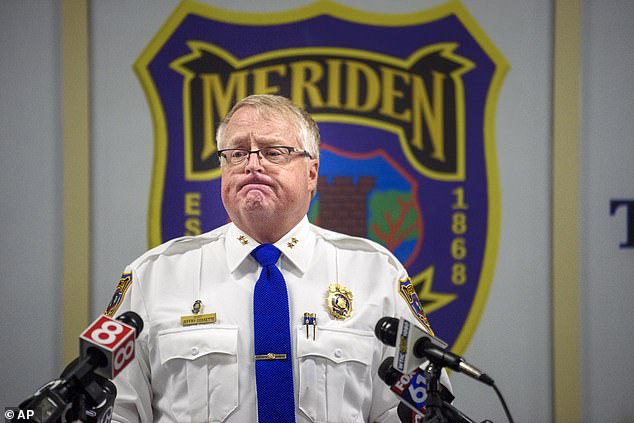 Meriden Police Chief Jeffry Cossette said identified the mother who abandoned her child to freeze in 1988 as Karen Kuzmak Roche. ‘Miss Roche indicated she had been waiting 32 years for the day on which police would be knocking on her door regarding this incident,’ he said

‘Miss Roche indicated she had been waiting 32 years for the day on which police would be knocking on her door regarding this incident,’ Cossette noted.

The State’s Attorney’s office in New Haven will have a final say on whether to charge her, reports .

She did express remorse for leaving the baby at the foot of a tree in a Meriden parking lot, Cosette said.

The child was found wrapped in a blanket on January 2, 1988, five days after being left to freeze.

The case was cracked using a relatively new technique, which has been credited with helping solve cold cases across the country. It involves entering crime-scene DNA profiles into public genealogy databases, finding relatives of the person who left the DNA and building family trees that lead detectives to a suspect.

The same method led to the 2018 arrest of the so-called Golden State Killer, who authorities believe killed at least a dozen people and raped 50 women. 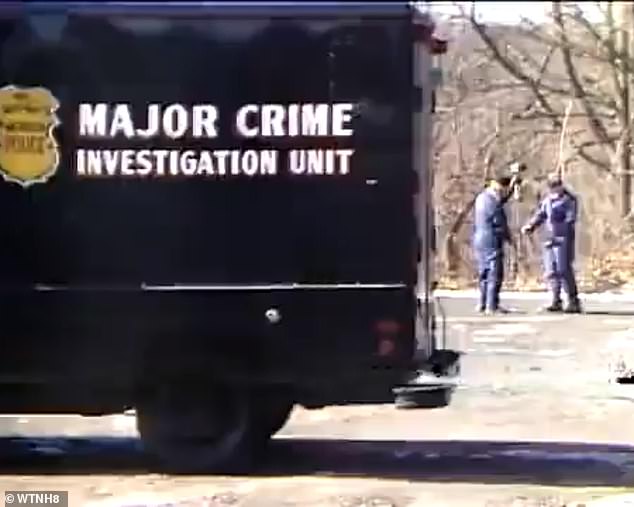 A police investigation unit is seen descending on the scene where the child was found on January 2, 1988, in footage from a news segment of the time 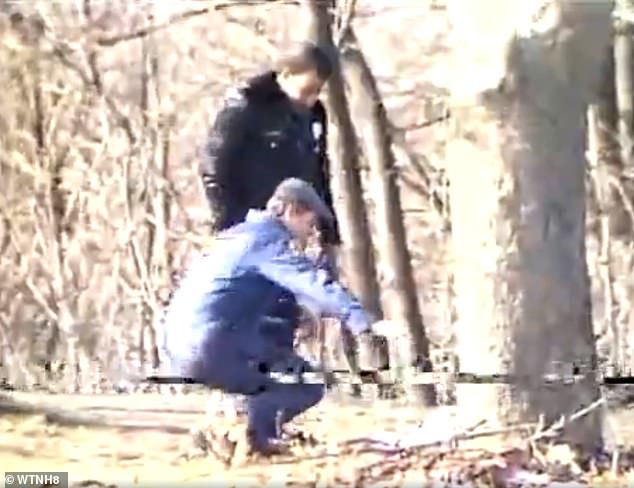 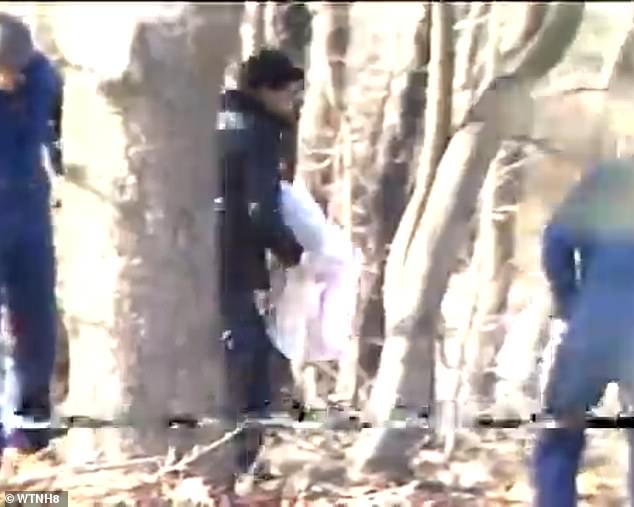 An officer is seen removing the child’s body, which had been left in blanket

Roche told authorities that she called the fire department to report that they needed to search the parking lot for ‘something’ but didn’t say it was her child.

Cossette said first responders did go to the parking lot but did not find anything.

She also told police that she was the only one who knew about her pregnancy, and she hid it with loose clothing.

Police marked the discovery of the child held a memorial for him every year since the remains were discovered.

Besides naming him David Paul, local clergy had referred to him as ‘God’s Little Man.’ 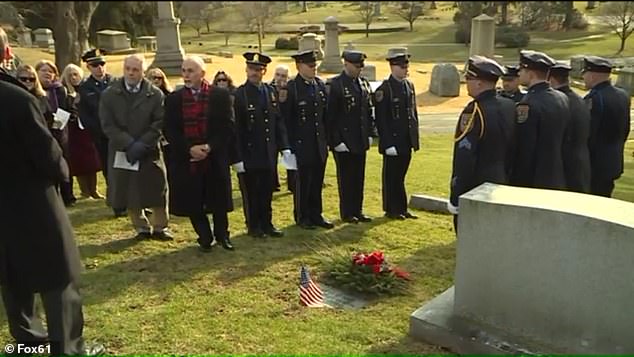 In addition to the statute of limitations on the manslaughter charge, Roche’s phone call would make it difficult to prove that she had intended to murder her child, authorities said.

The father was not identified, but officials believe he did not know anything about the pregnancy or the baby being abandoned.

http://bit.ly/2NpFzw0 Meriden police have identified the mother of baby “David Paul” in a 32-year-old cold case. News 8’s Ann Nyberg first covered the story when it happened in 1988.

Cristiano Ronaldo's lawyer admits deal was struck with Kathryn Mayorga
Jeffree Star reveals $2.5 MILLION worth of makeup products was stolen
Verizon patches bug for millions of routers that gives hackers complete control over the device
Sadiq Khan brands Donald Trump 'a 20th century fascist' and attacks him for backing Boris Johnson
Coronavirus US: Dead bodies are loaded onto truck with forklift
US Navy uses meme to mock Iran after carrying out missile attack on dummy American aircraft
Florida deputy rescues five people clinging to their capsized boat in the Gulf of Mexico
Senator Rand Paul is 'attacked' by protesters leaving RNC at the White House