Azriel Clary, one of R Kelly’s former girlfriends, on Monday shared photos on her Instagram page documenting her reunion with her estranged family, with whom he has reconciled after moving out of the embattled singer’s home.

‘Surprise,’ the 22-year-old wrote in the caption. ‘Let the healing process begin. Love yall and thank y’all I even thank everyone who follows me.. because you all believed in me when I could not believe for myself. #movingontobetterdays’

The series of images posted on Monday showing Clary, her parents and siblings dressed in matching bluejeans and white T-shirts were taken during a professional photoshoot. 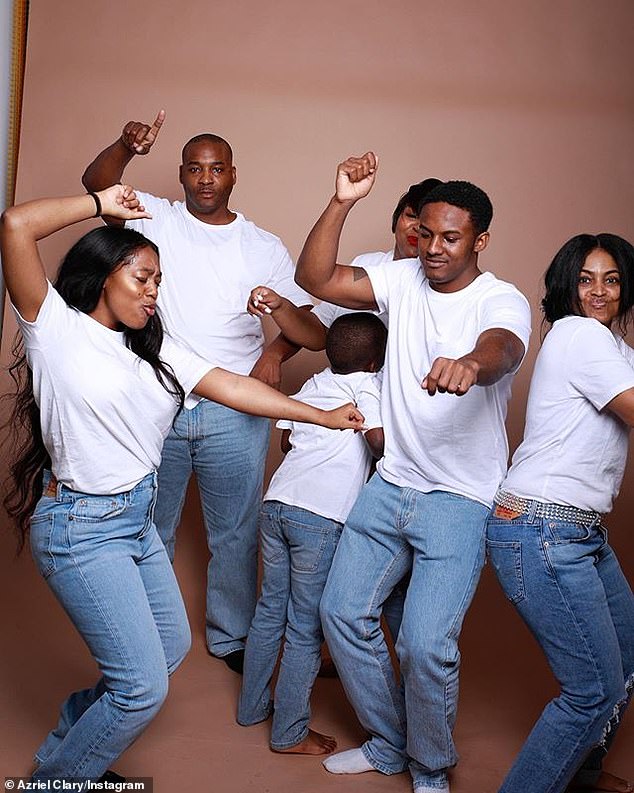 Reunited: R Kelly’s ex-girlfriend Azriel Clary, 22 (far left), is pictured during a photoshoot with her family after their reconciliation 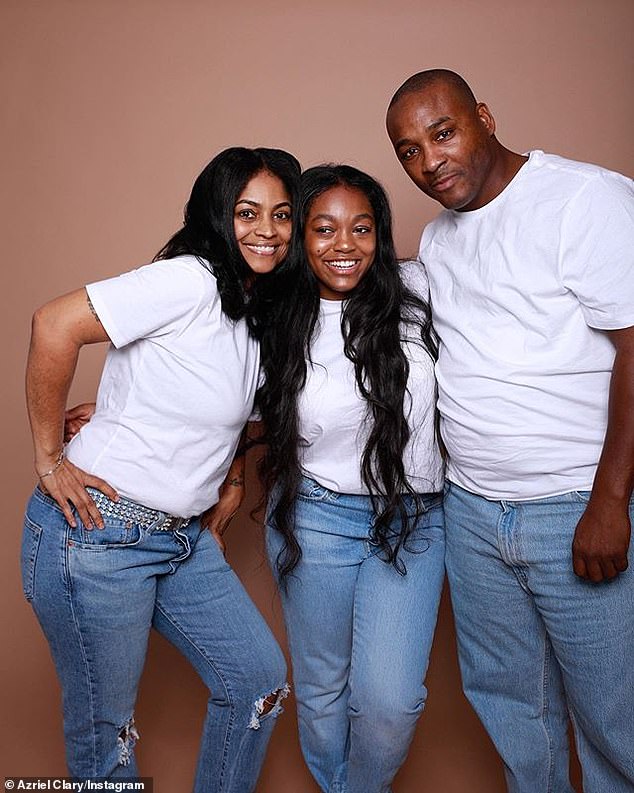 Clary is seen with her parents, Alice and Angelo Clary, whom she previously accused of pimping her out to the singer as a 17-year-old girl 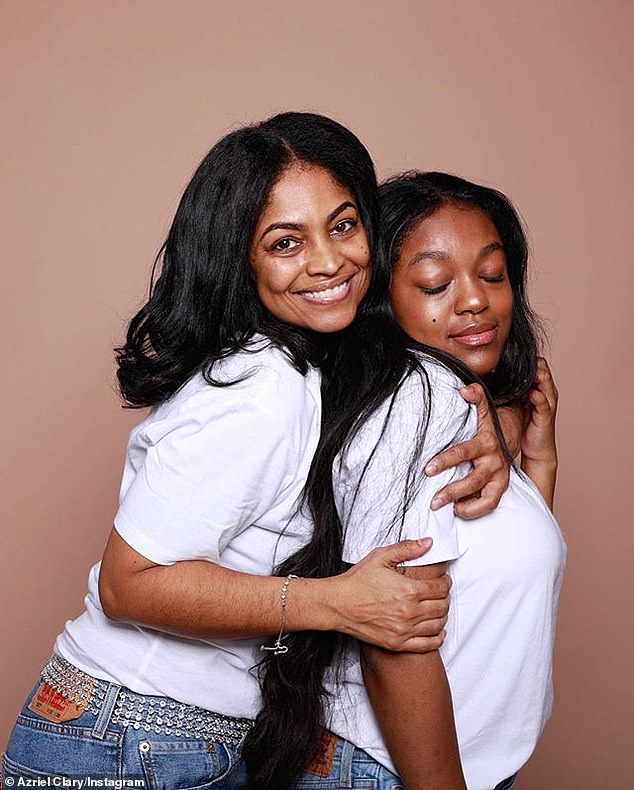 ‘Let the healing begin,’ Azriel wrote in the caption accompanying the new images

In them, the Claries are seen dancing, laughing and hugging each other.

The final image in the series shows Alice Clary joyfully embracing her daughter, who is depicted smiling with her eyes shut.

Clary made headlines last week after she got into a brawl with Kelly’s other remaining girlfriend, Joycelyn Savage, 24, inside the jailed singer’s Trump Tower condominium in Chicago.

Savage was charged with misdemeanor domestic battery for allegedly punching Clary in the face during an argument.

Joycelyn Savage, 24, was taken into custody after allegedly punching a 22-year-old woman in the face Wednesday, police said. She was charged with m

Azriel, who just 17 years old when she moved in with R Kelly, was featured in the bombshell Lifetime docuseries Surviving R Kelly chronicling the singer’s alleged sexual abuse of underage girls.

Azriel’s parents, Alice and Angelo Clary, appeared in the film and accused Kelly of not letting their daughter communicate with them.

The second season of the series, Surviving R Kelly: Part II, finished its run on Lifetime earlier this month,

In March 2019, Azriel and Savage took part in a tumultuous interview with CBS presenter Gayle King, during which they vehemently defended their ‘boyfriend’ and denied being brainwashed by him, all the while the 53-year-old singer was lurking in the background and clearing his throat to let his presence be known. 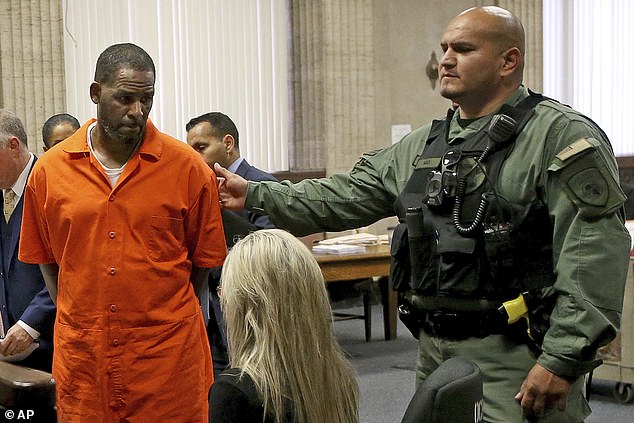 During the emotionally-charged conversation, Azriel publicly accused her parents of pimping her out to Kelly to ‘take pictures’ and ‘sexual videos’ with him that could later be used as blackmail. is

Kelly faces a slew of charges in three states and is currently being held without bond in Chicago’s Metropolitan Correctional Center.

Robert Kennedy III's spouse is pregnant with a child lady
Boy Scout, 12, dies after crawling into a hole he carved in a sand dune that swallowed him up
Couple married for 45 years stay together after husband transitions to being a woman
Trump and Trudeau were unaware of plans to arrest top Huawei official
Selma Blair says she self-medicated and drank to deal with undiagnosed MS pain
Mother-of-three, 41, diagnosed with colon cancer after pushing for a colonoscopy
South Carolina woman knocks out burly bouncer with kick to the head at Mardi Gras block party
Leaked footage shows sickening moment a male Republic Airways crew member attacks female colleague