A hit-and-run driver deliberately reversed into a pedestrian, 48, on a zebra crossing in shocking CCTV footage.

The victim was left with a broken leg and severe bruising after the incident in High Wycombe, Buckinghamshire, on December 27.

In the footage, the man can be seen walking along the road when he notices the light-blue car being driven towards him. 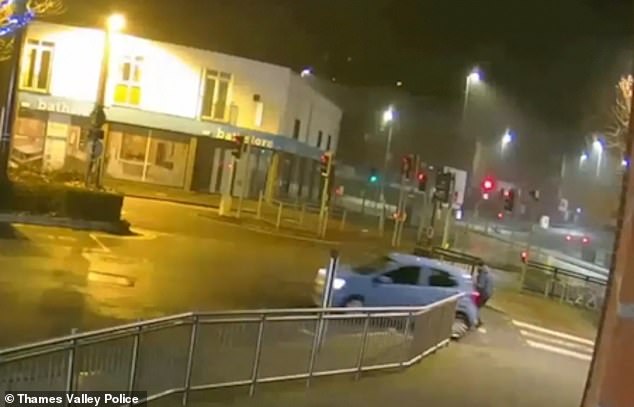 A hit-and-run driver deliberately reversed into a pedestrian, 48, on a zebra crossing in High Wycombe, Buckinghamshire, in shocking CCTV footage

He quickly moves to the kerbside so that he wouldn’t be hit by the vehicle, which passes him.

But instead of continuing on, the car comes to a stop a few feet ahead.

Suddenly, the vehicle reverses at speed directly into the victim who falls to the floor.

The pedestrian was taken to the John Radcliffe Hospital, Oxford, and has since been discharged. 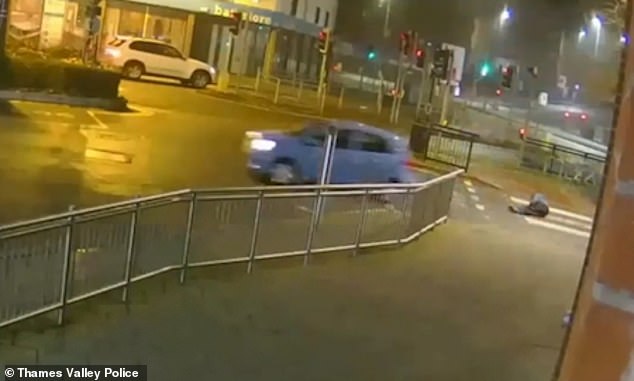 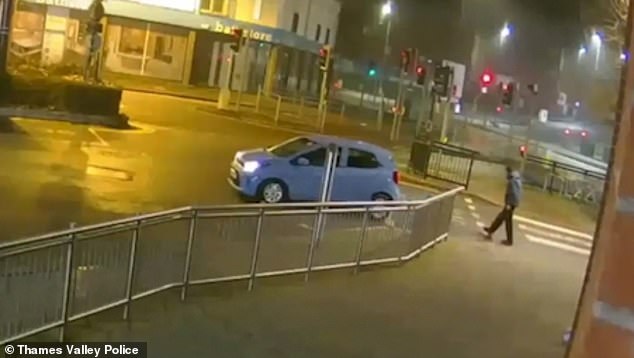 When the pedestrian goes to cross the road, the car reverses at speed directly into him

Thames Valley Police have released the footage of the incident, in the hope that someone will come forward with information.

Investigating officer Detective Inspector Steve Fox, of Force CID, said: ‘We have previously appealed for witnesses to come forward and are now releasing this footage of the incident in question which has led to serious injuries to the man.

‘We are aware that members of the public came to the aid of the victim prior to police arrival, and I am again asking these people to come forward, as they may also have valuable information which can assist our investigation. 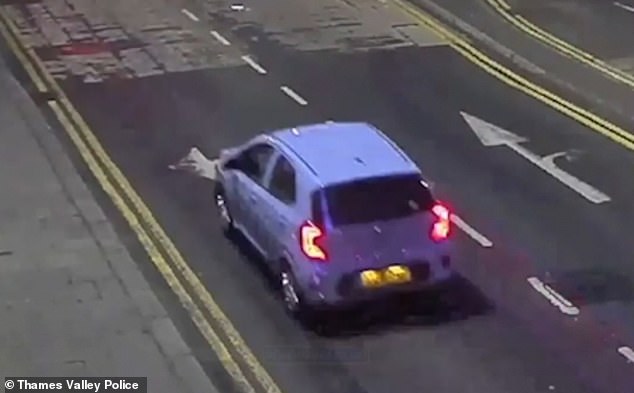 The pedestrian was taken to the John Radcliffe Hospital, Oxford, and has since been discharged. Pictured: The car that hit the man

‘The vehicle involved is a distinctive light-blue colour, and I believe someone will recognise this vehicle, which may have sustained slight damage as a result of this incident.

‘I am also appealing to anybody who may have dash-cam footage of the incident to please check this and make contact if you have anything that can help this investigation.’

Anyone with information should call 101, quoting reference 43190403323, or speak to Crimestoppers 100 per cent anonymously.