Two-time Olympian Aly Raisman has announced her retirement from gymnastics, saying she needs to take time to ‘reflect’ after a ‘whirlwind’ 10 years.

The 25-year-old shared the news on social media Tuesday, alongside several images of herself as a hopeful child, telling fans that the decision came after ‘so many memories bubbled up over the holidays’.

Raisman’s retirement comes amid a perpetual crisis for USA Gymnastics, which had been accused of covering up doctor Larry Nassar’s sexual abuse crimes against 260 athletes, including several stars of the United States’ gold medal-winning teams at the 2012 and 2016 Olympics.

Rumours had suggested Raisman may not return as she didn’t appear to be training for the Tokyo . 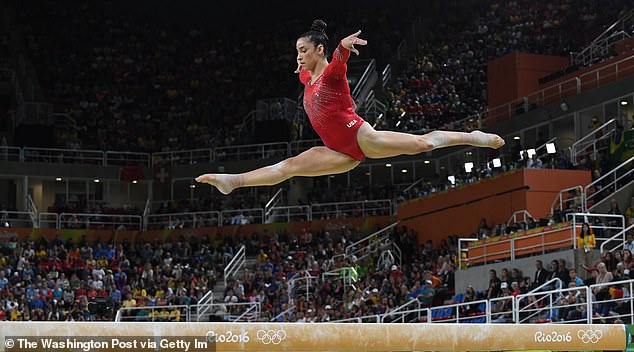 Two-time Olympian Aly Raisman announced her retirement from gymnastics on Tuesday. Raisman performs her balance beam routine on her way to Silver in the overall gymnastics competition during the Olympic Games on August 11, 2016 in Rio De Janeiro 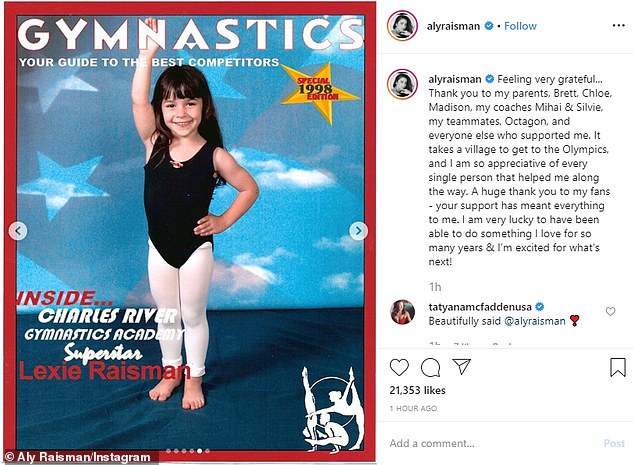 The 25-year-old shared the news on social media, alongside several images of herself as a hopeful child

Raisman (pictured in November, left) won silver at the Rio Olympics in 2016. She said Tuesday: ”It’s so hard to get my head around the fact I competed in the Olympics twice’

‘It’s true, I ‘m not going to be competing in Tokyo,’ Raisman said in a statement.

The gymnast who competed in Rio and London said ‘it’s so hard to get my head around the fact I competed in the Olympics twice – the past 10 years have been such a whirlwind and I haven’t really processed all that has happened and sometimes I wonder whether I ever will’.

‘I’ve lived a fast-paced life and sometimes I have to remind myself to slow down, unplug from technology and take the time to appreciate what I’ve experienced and learned.

‘So many memories bubbled up over the holidays and I realized I need to give myself the space to really sit with these feelings and reflect.’

In the long post, Raisman recalls being an eight-year-old dreaming of success in her field.

‘I suspect I keep going back to that time because I now know the power of that little girl’s dream,’ Raisman added.

In a note about what an adult Raisman would tell her younger self, she said the ‘power of dreams’ that launched her to stardom will also help ‘get her through the tough times’. 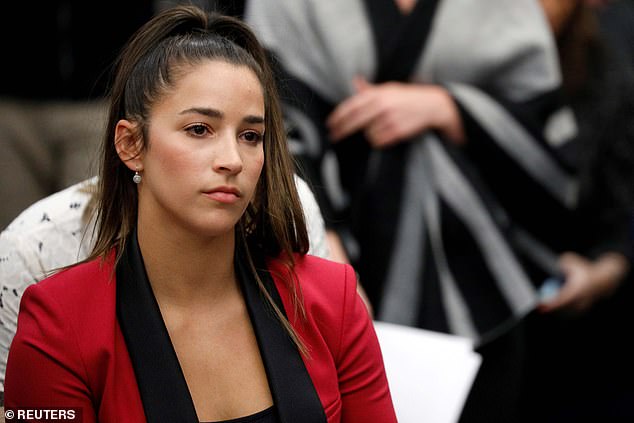 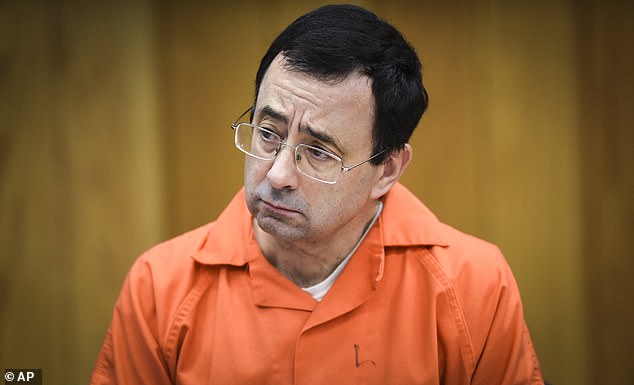 Larry Nassar, former doctor to the USA Olympic gymnastics team, was sentenced in 2018 to more than 140 years in prison on 10 counts of sexual abuse. More than 260 women and girls accused him of abuse going back well over a decade 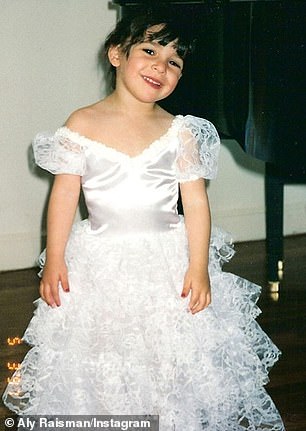 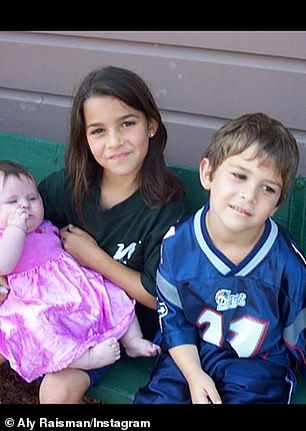 In the long post, Raisman recalls being an eight-year-old dreaming of success in her field. She said she’s unsure if she’d tell her younger self ‘there are people in the sport that will fail to protect her and her teammates’

Nassar was a former campus sports physician who also worked for USA Gymnastics, which trains Olympians.

More than 260 women and girls accused him of abuse going back well over a decade.

In October 2018, Raisman told Glamour magazine: ‘A lot of people, including myself, have been speaking out for years and years and years, and people just weren’t listening. After I spoke up, Larry Nassar continued to abuse gymnasts because USAG didn’t handle it correctly. That’s unacceptable.’

The entire board of USA Gymnastics resigned early 2018 as they faced hundreds of potential lawsuits from athletes.

Since then they’ve struggled with hires and have filed bankruptcy.

Raisman posted alongside a video of her practicing as a child: ‘Never underestimate the power of a kids dream’ 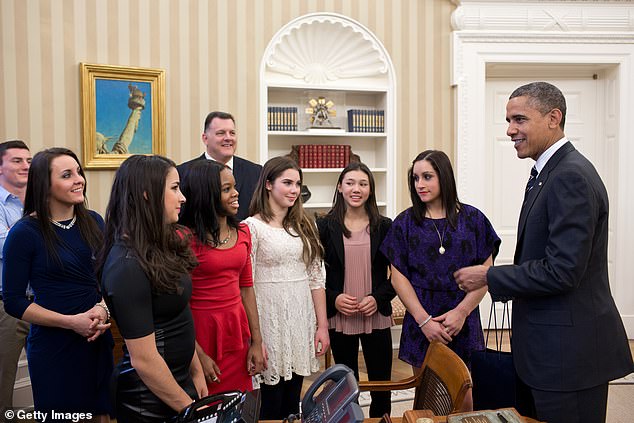 Raisman continued speaking about her younger self in her retirement announcement: ‘I really struggle when I think about whether I’d tell her those tough times. I wonder if I’d tell her that life will be filled with ups and downs and that there are people in the sport that will fail to protect her and her teammates.’

‘It would be so hard to tell her that but I would make sure she knows she will get through it and she will be OK. And I would tell her that it is often in our darkest hours when we feel most vulnerable that we realize our greatest strength.’

Raisman accepted the Arthur Ashe Courage Award on their behalf.

Raisman didn’t indicate what she will do next on Tuesday.

She added in her social media post: ‘I thought what mattered most was making it to the Olympics but I’ve learned that my love for gymnastics is more important.

‘It is this love that fueled my Olympic dreams and it is this love that now inspires me to do everything I can to make it safer for the many wonderful people in the sport and all the little 8-year-olds out there who will be watching the gymnastics in Tokyo.’ 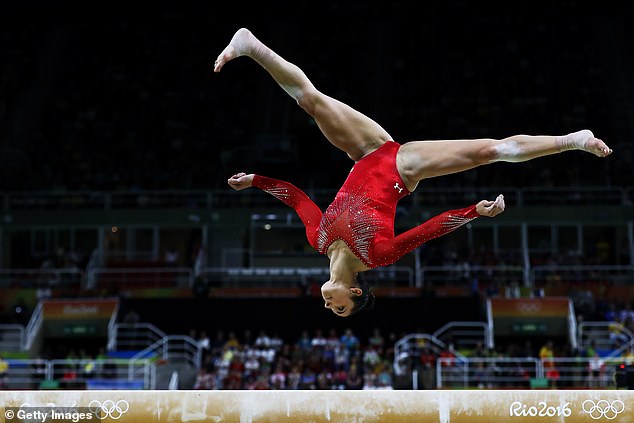 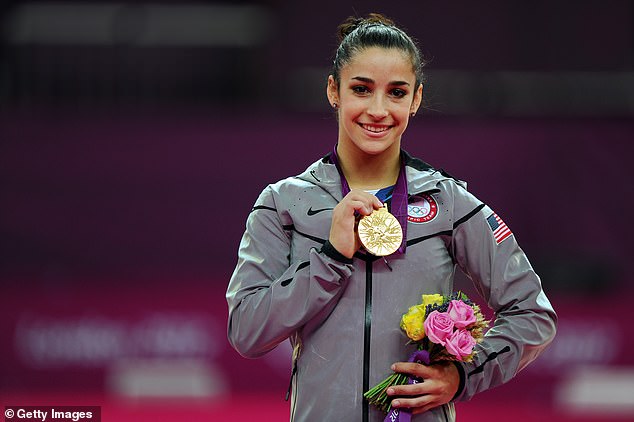 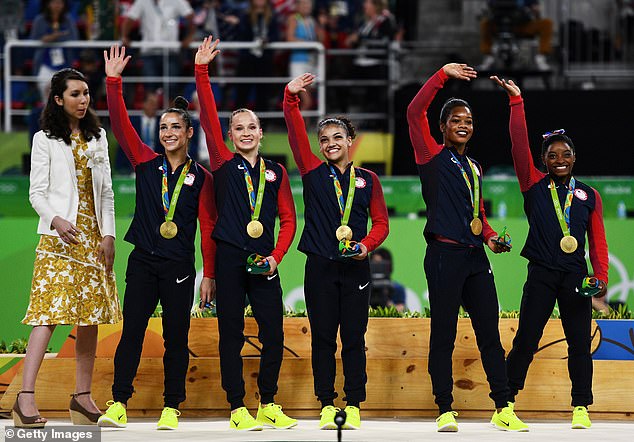 Trump’s pick to lead climate panel once compared CO2 to persecuted Jews
Paul Manafort's Manhattan loft is put up for sale by the US MARSHALS for $3.6million as he's in jail
Show's creator to reopen Peaky Blinders pub in real life
Three men wrongfully convicted of murder 36 years ago are to released
FDNY orders firefighters to STOP responding to calls involving coronavirus symptoms
Data reveals how staying safe at home during the pandemic is a luxury afforded the rich
Marie Kondo reveals how to spark joy even if you're working from home
Kanye West confidently declares he will beat Joe Biden with write-in votes