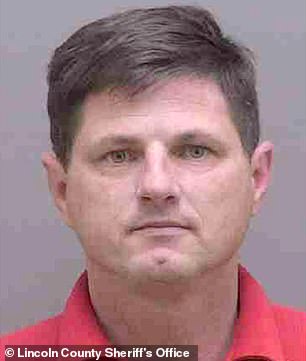 A winless North Carolina high school basketball coach has been placed on adminstrative paid leave after he was arrested for assaulting two hecklers during a game on Tuesday.

The deputy noted that the hecklers yelled at the Hickory resident as he was leaving the floor following another devastating loss for West Lincoln – who were demolished by a score of 63 to 28.

One of the hecklers reportedly raised his hand and made a remark, which prompted Wright to run into the stands and strike the man  – identified in police reports as 49-year-old Gregory DeWayne Reep – on his hand. 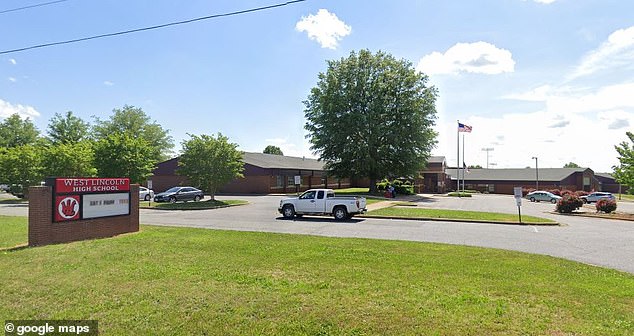 The two men are said to have wrestled in the stands as a woman taunted Wright. She was subsequently pulled into the commotion.

Wright was detained by deputies and taken into custody.

West Lincoln athletics director David Avery informed the that Wright has been placed on administrative leave with pay from Lincoln County Schools.

West Lincoln has struggled during the basketball season, losing all 13 of their games.

In the past three seasons, the team has just won one of their 60 games.

New York girl freaks out taking part in Ps VR recreation
Ted Cruz hounded out of DC restaurant by anti-Kavanaugh protesters
Buccaneers Jameis Winston and Ryan Jensen ferociously argue on field
Burglar is discovered and caught by hotel owner because his feet are too SMELLY
Transgender model Andreja Pejic discusses her struggles to gain acceptance in the fashion industry
Mystery illness causes Florida panthers and bobcats to stumble and fall
Boris was my Henry VIII - and I was his Anne Boleyn, says Jennifer Arcuri
NSC adviser Victoria Coates to be reassigned amid rumors she is author of NYTimes op-ed