A search has been launched after a mischievous red panda named Kush escaped from a wildlife park on the Isle of Man – for the second time.

Cute little Kush fled from his enclosure in October after a branch fell down to form a bridge, that he scuttled along to freedom.

The seven-year-old mammal was discovered a month later in a nearby garden and returned to Curraghs Wildlife Park for safekeeping.

But staff members were shocked on Wednesday morning when they noticed he had gone missing once again. 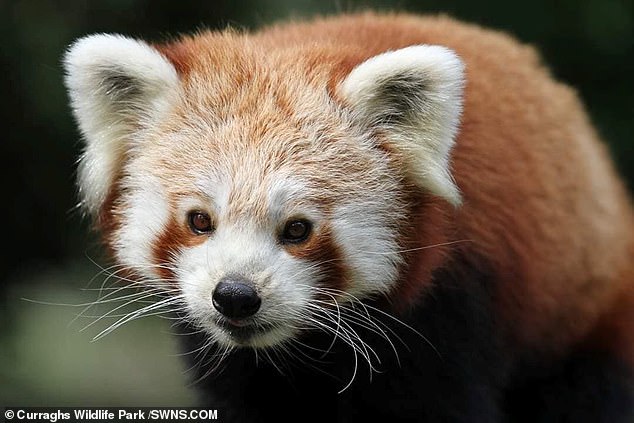 Kush the red panda escaped from the wildlife park on Wednesday. Red pandas are curious animals and like to climb

An investigation is currently taking place to find out how Kush escaped this time.

Park workers have been extensively searching the surrounding area and are urging nearby motorists to slow down to prevent Kush from being hit.

Curraghs Wildlife Park manager Kathleen Graham, said red pandas are ‘hardy’ but added that she was ‘very concerned’ about locating the missing animal.

Kush has escaped from Curraghs Wildlife Park (pictured above) twice. Once in October and yesterday

Red Pandas, which are classified as endangered on the International Union for Conservation of Nature Red List, are great climbers and very curious, which means that they can be difficult to contain.

The animal is not dangerous, however, if spotted the public should not try to catch it but call the Wildlife Park on 01624 897323.